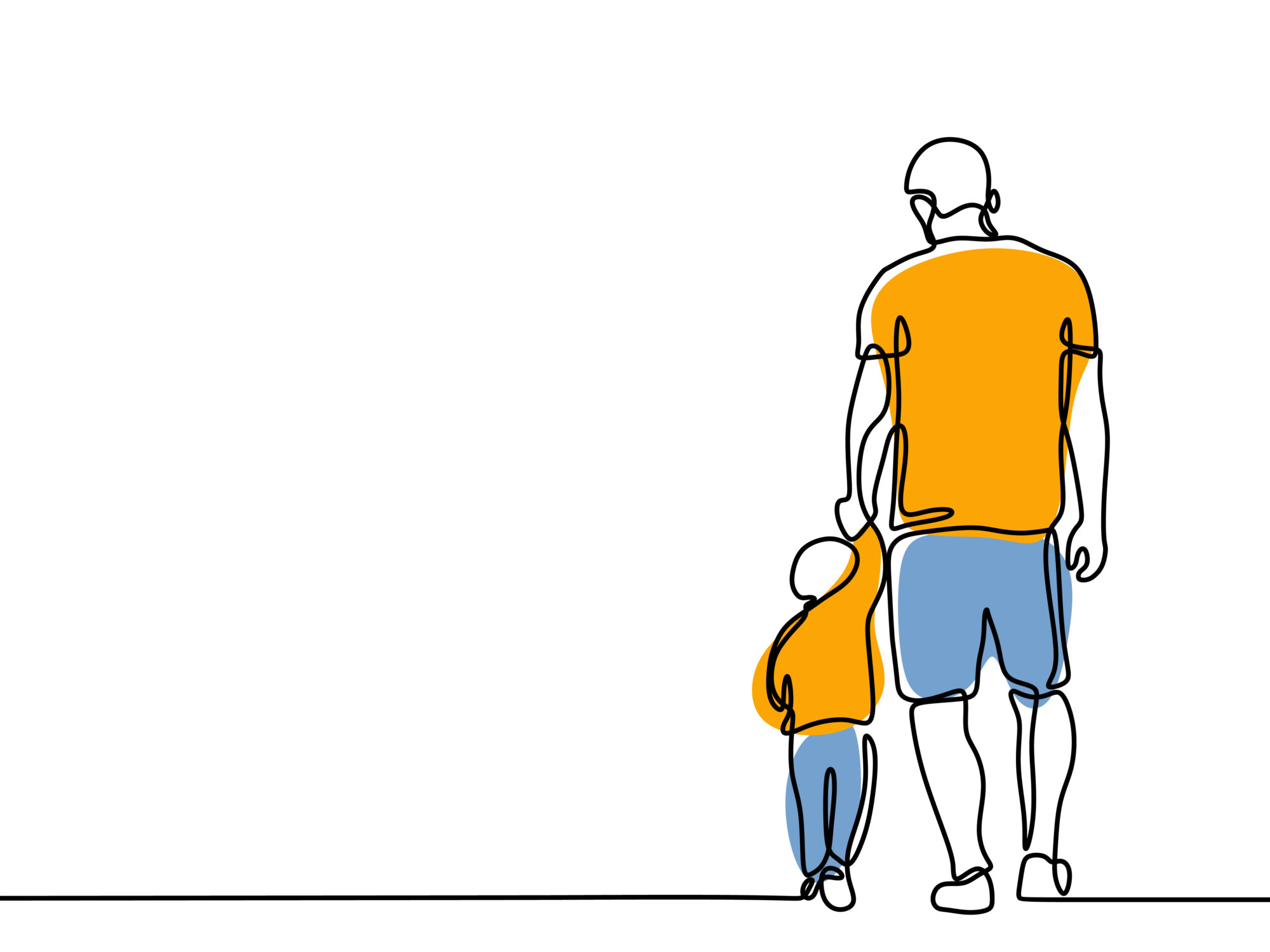 I am the man I am because of my dad.

My dad––the progeny of farmers from East Tennessee––was the first in my family to go to college. He is a two-time valedictorian, first of his high school, and later of the graduating class of his MBA program. After grad school, he taught himself to code and went on to become a software developer in San Francisco. The programs he has written power metropolitan electrical grids and B2B e-commerce platforms. He has helped several companies IPO. Although semi-retired, he’s respected today as one of the best in his chosen field.

He’s done what many––myself included––aspire each day to do. Yet it’s critical to note: not one of his accomplishments came easy.

My dad was born with both a hearing loss and astigmatism. He and his siblings grew up poor, moving constantly from town to town. Despite being valedictorian of his high school, he almost didn’t go to college, because his parents couldn’t afford to pay for room and board at any of the institutions he was admitted to. And so although he could have gone to any Ivy League he wanted, he ended up opting for Oakland University in Michigan, which he attended while living at home. To pay for tuition, he worked the midnight shift as a short-order cook and delivered mail every morning before class—all while studying engineering.

He hardly slept, and certainly never did anything as frivolous as party.

I knew but fragments of my father’s story growing up. He’s not one to call attention to himself, and, truth be told, I only learned about the more Dickensian components after I’d left home. But I was poignantly aware all the while of my dad’s work ethic. He worked long hours and spent many early mornings tucked away in his office, teaching himself new programming languages to stay competitive. I remember creeping up behind his office chair one morning when I was young. The characters on the screen he was hunched over comprised an indecipherable matrix. When he showed me what they amounted to––he was building a website––I developed the distinct impression that he was some kind of wizard.

Of course, he wasn’t; more, he was badass, intimidatingly intelligent, and possessing of an insane amount of grit. But perhaps most importantly, he approached his work and developed his respective talents with strategy, persistence, and purpose, through ruthless and targeted repetition. And it was this that I understood about my father most tangibly, perhaps because it’s what he impressed upon me most directly. It’s how he taught me to approach the task of improving at the various things I loved. By working your ass off in the right away over and over again until you’re great.

My first loves, as it happens, had nothing to do with engineering. Mostly, I loved baseball, announcing at the age of 6 that I wanted to make it to the majors one day. Appreciating what appeared to be conviction––and because this is just how he is––my dad then applied himself to learning how to coach baseball, a sport he himself hadn’t played or watched since he was 12. Then we got to work. For hours every Saturday and Sunday, and many summer nights after he got home from the office, we walked together to the diamond down the street, where my dad raked the infield, warmed up his arm, and hit me a hundred ground balls. Then he plopped an L screen 40 feet away from home plate and threw me batting practice for an hour. Each time we focused on one element of the game, developing it over and over––him hitting grounders to my back hand; throwing curveballs on the right side of the plate; throwing to first on the run. We did this at least three days a week every week until I was 16, when I nearly killed him with a bullet back up the middle.

I didn’t end up making the major leagues, but I did captain a high school team that made the Northern California state championships. Twice.

I’ve been reflecting on all this over the past week: my dad’s story; the inspiration I still draw both from it and him; the odds he overcame. Mostly, though, I’ve been thinking about these invaluable lessons he taught me––about both hard work and how, exactly, to get better at stuff. I’ve applied them in every aspect of my life, from sports to studying, from writing to my work as an editor. And I know, 100%, that whatever abilities and skills I possess now, I possess because of him. I am the man I am because of my dad.

Of course, my story isn’t entirely unique, and that’s one reason why occasions like Father’s Day should be celebrated––they give us all the chance to reflect on the various ways our fathers have shaped us. Or, they give us the chance to consider how we want to father our own children. And it’s important to reflect and ruminate like this; it’s how we internalize the lessons we’ve learned so as to turn what might otherwise be strictly intangible into something solid—something we can use. Something we can pass on.

To this end, I reached out to just a few of the CEOs in our Minutes network to hear their thoughts and reflections on Father’s Day. Here are some of the lessons that have proven most important to them.

“We have had many, many challenges with my company, Hydros, along with my personal health, over the last several years. At times when it seemed like a better option to quit and start again, my father would always encourage me to think about the situation dispassionately, and if there was no fundamental problem with the underlying business and potential was high for eventual success, to stick with it and ignore the short-term downswings.

My dad had gone through similar pain as CEO of the publicly-traded firm, Radian. During the financial crisis, their stock tumbled from $60 to 60 cents! They lost tons of business, critical employees quit, and prospects looked bleak. Despite the noise, my dad stuck with it. He invested in new lines of business, innovation, and team-building. When he retired in 2017, the stock was back north of $20, and everyone from his employees to Jim Cramer of Mad Money lauded him as a hero!”

What matters––no matter what kind of career you choose––is your work ethic: Jon Shalowitz, CEO of LiftIgniter.

“My father had only one job after being discharged from the Navy in WWII. I’ve had 12 jobs––which is par for the course with a career in startups. But when I think of my two sons who are soon to enter the workforce, I ponder whether I would advise them if one path is better than the other. I guess the answer is: not really. My dad worked for the General Services Administration for over 50 years until he retired at nearly 80 years old (he is now 95 and still sharp as a nail, which goes to show that working keeps your mind young). Was he in love with his job? My guess is probably not. But he loved working.

It is that work ethic that I try to live up to in every job I do.

Times have changed since my dad entered the workforce. We have so much more job mobility and opportunities that weren’t even conceivable 50 years ago. I’ve been fortunate to work at a time and in a place where the pace of innovation and competition dictate that startups must grow, adapt, or die. This sort of economic Darwinism is what makes Silicon Valley (and other startup tech centers) great. So I think for my sons, whether they pick one job and stick with it or experience many depends on their chosen profession. But what matters is that they love working and that they nurture that work ethic.”

Inspired? Good. Now go give your dad a call.