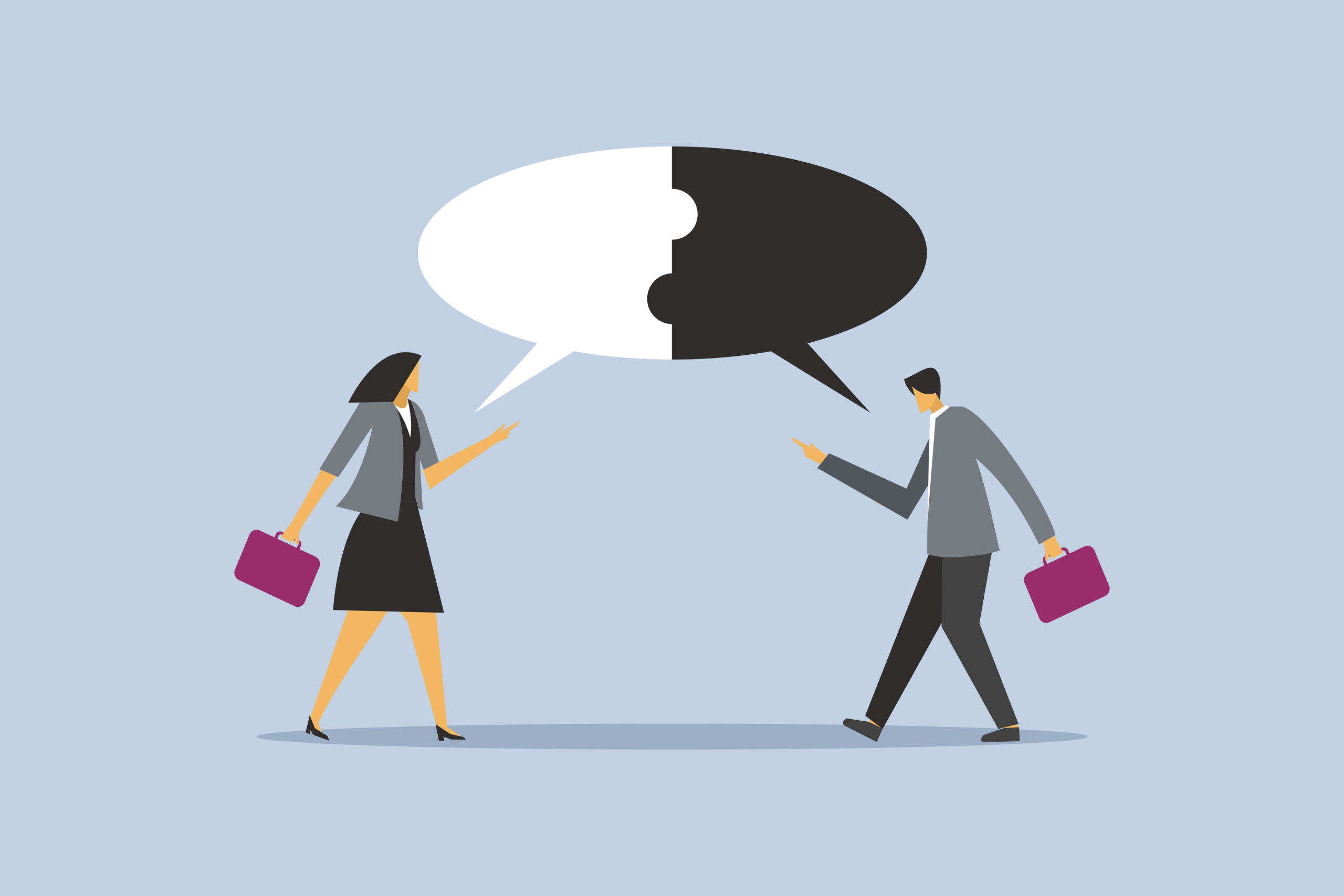 Both of my parents are immigrants.

My dad came to the US by way of Australia, where he learned English, so his words were buried beneath a heavy German accent mixed with an Aussie’s vocabulary (imagine Arnold Schwarzenegger saying things like “bloody awful”). My mom arrived not speaking a word of English. She learned the language by watching television and talking with neighbors. She did try some English classes, but since most of the people in her class were Mexican, she ended up learning more Spanish than English.

“‘¿Como esta usted?’ was the first thing I learned in my English class,” she used to say jokingly. She speaks two German dialects, Romanian, a little Russian, and after nearly five decades in America, English is still not her most comfortable language.

Like most immigrants, my parents placed a lot of emphasis on schoolwork, learning how to communicate well, and being precise with language.

Because, as former CMO of SAP Jonathan Becher used to say all the time around the office, “Words matter.”

It’s very hard to communicate well when you don’t have a mastery of the words needed to convey the subtlety of tone and message to make your point. I’m often faced with this truth because I also speak German, and have had many work situations where I am trying to communicate in German instead of English. These conversations are much more challenging because my German vocabulary is limited compared to my English vocabulary—which makes it much harder for me to get my meaning across.

So I can only imagine how my mother and father must have felt trying to communicate and build a life here in America.

Being a first-generation American has made me very aware of the ways in which language shapes our reality, our relationships, and the ways we connect with others. So, whether or not your native language is English, here are a few small changes you can make to become a more effective communicator.

1. Expand your vocabulary, expand your range of expression.

This one is the most obvious. The fastest, easiest way to more effectively communicate with different types of people is to expand your vocabulary.

Now, a lot of people make the mistake of thinking this means growing their technical vocabulary. As a result, their verbiage becomes dense, convoluted, and filled with jargon. But in my mind, the most important vocabulary is your expressive vocabulary. It’s the adjectives and emotional descriptions you are able to give to the ideas you are looking to express.

2. Be aware of the context in which you are communicating.

For example, Germans are very direct. The words they use often get right to the point, even when they’re being tactful. However, with a limited vocabulary in English, it’s harder to express disagreement tactfully and Germans can oftentimes come off as “overly blunt.” This sort of unintended consequence is what happens when you don’t have the words to respond to the context of the situation.

Fortunately, when we are communicating in our native language we have a reasonably broad set of words at our disposal to convey feeling and not just meaning.

The lesson we can learn from non-native speakers is that we need to pay attention to the cues from whom it is we’re speaking to (whether it be a co-worker at work, a customer, a family member, or an investor) and use emotion-driven language to show that you understand them and the context of how they see the world.

3. Use body language to say what words cannot.

Especially when it comes to in-person conversations, Zoom video calls, team meetings, presentations, and so on, body language speaks before you do.

In most cases, people listen with their eyes. If you cross your arms, they notice (and might think to themselves, “I noticed you start to get defensive”). If you smile, people feel welcomed. If you avoid eye contact, people feel ignored. The key is to be aware of what you’re saying verbally while at the same time being aware of what you are saying with your body, your facial expressions, the gestures you make, and the ways you acknowledge and engage your audience.

A small tweak I always encourage other team members within SAP to do (COVID times notwithstanding) is to not sit across from someone. Sit next to them—especially if you’re going to have a hard conversation. Because when you sit opposite, the table or space between you becomes a barrier. But when you sit next to them, suddenly you feel a bit more like you’re on the same team.

These small changes can make a big difference.

4. Start formal, until you both agree to move to informal.

In German, as with many other languages, there is an etiquette around when to switch from formal to informal pronouns. Moving too quickly to the informal, or doing so without asking permission is considered rude and can take away from your message. In fact, some German companies (though not SAP) retain an office culture where employees always communicate formally even if they have worked together for 25 years. At these companies you would say, “Hello Mr. Wrede. How are you today? It’s nice to hear from you again. Looking forward to our continued work together.” As opposed to the more familiar, “Hey Johann. How’s it going? How’s life?”

Understanding when to use formal vs. informal language is a crucial part of effective communication, and especially true if your work requires you to speak with people in other parts of the world.

5. Listen more than you speak.

Lastly, and most importantly, communication is as much about taking information in as it is about getting it out.

This is a mistake I have seen salespeople make all the time. The moment a salesperson gets in front of their audience they immediately jump into their pitch. They feel the need to talk, and share, and prove their value and the value of what they’re selling before they even take a moment to ask the customer, “What, specifically, are you struggling with? How can I be most helpful to you?”

Remember, listening and the space you create in a conversation is another form of communication. As Mozart so eloquently put it: “The music is not in the notes, but in the silence between.” Giving your words time to breathe, and the other person the opportunity to add or clarify or pivot what’s being said is as important as whatever it was you were saying in the first place. This is hard to do (it’s something I work on every day) but the hardest things are the things most worth doing.