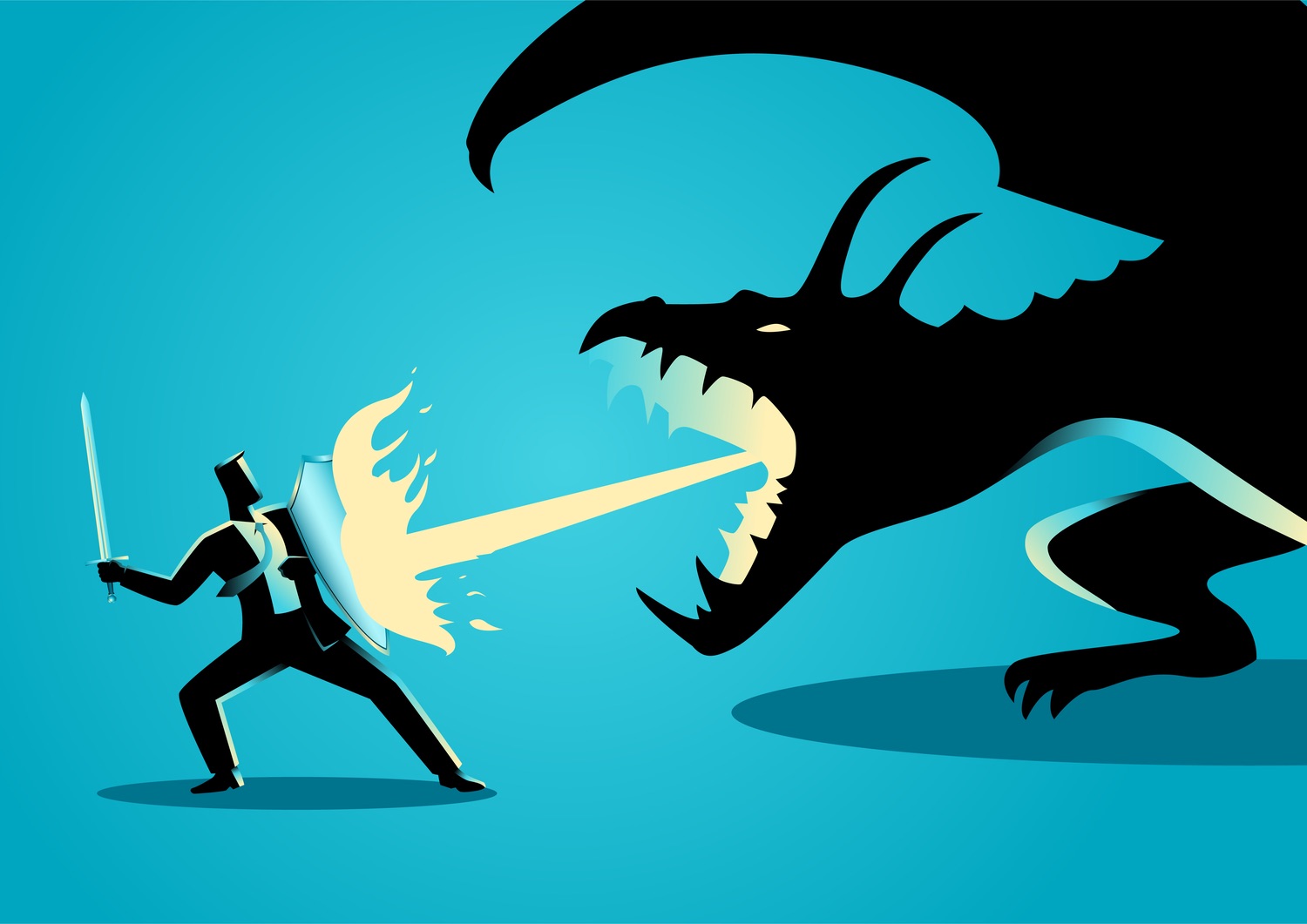 I get asked about the title in my LinkedIn bio all the time.

Reasonably so — right next to “founder and CEO of HarpData,” it says, “Father of Dragons.”

The idea was born shortly after I started the company.

It’s a reference from the HBO series “Game of Thrones.” In the show based on George R.R. Martin’s books, aspiring Queen Daenerys Targaryen has three dragons that are her “children.” She controls them and they only take direction from her.

When I started HarpData, I made the decision that I didn’t want to go after small-and-medium-sized clients. Instead, I wanted every client acquisition to be exciting and a real challenge. So I went after huge companies — NFL teams, government organizations like Homeland Security, Veterans Affairs, the FBI, you name it. To me, those are “dragons.” Behemoths that could easily take me out. However, with proper preparation and flawless execution, dragons can and will surely fall.

To add to the challenge, I didn’t really have a solid network. I didn’t have any pre-existing clients. I was just cold-calling CIOs and CTOs. Honestly, it was a David versus Goliath situation.

Of course, I faced a lot of rejection — especially at first.

But when you get beat up enough, you learn to fight so you don’t keep getting punched in the face.

I’d been seeking out massive dragons and getting knocked back every time. But I was starting to develop skill — I was learning what it would take to reign them in. First, I learned to pivot during a conversation when it was clear it was heading in the wrong direction. And most importantly, I learned how to turn a “no” into a “maybe” and a “maybe” into a “yes.”

All I asked for was a chance, because I knew that was all I needed to prove to them that I could solve their problems.

Once I moved my business to the city I love, I was given a lot more chances.

I founded the business in Washington, D.C., where I was previously working on federal contracts as an engineer and technical architect. But once I ventured out on my own, I didn’t have much luck gaining clients there.

So I set my sights on my humble, beloved home city: Buffalo, N.Y.

Coincidentally, in Buffalo in 2017, a major hospital suffered a massive ransomware attack. Every computer in the building was hijacked and displayed a message that said something to the effect of, “Send us $30,000 or you’ll never get your data back.” The hospital didn’t end up paying the attackers — but it did ultimately cost them about $10 million in new hardware, software, and assistance.

Two weeks into the attack, which lasted about a month, my COO and I went to the hospital to see if we could help in any way. Unfortunately, we couldn’t do much. But we did make some great connections and even ended up at dinner with Mayor Byron Brown just a couple of days later.

At that point, I was driving between D.C. and Buffalo constantly, trying to make things happen in two places at once. I put 73,000 miles on my car in only one year. But every encouraging experience happened while I was in Buffalo, which pulled my focus — and heart — here.

Eventually, we landed our first major client — slayed our first ever dragon — here in Buffalo: a $2.5 billion organization that trusted Harp to strategically take them into the future.

Now, the language of slaying dragons is a huge part of our company culture.

“Slaying a dragon” means more than just landing a huge client — it’s about establishing a relationship and doing great work for them, too.

We call each other “dragon slayers” or “slaymates.” We say, “I just got back from slay-cation.” We incorporate it into our unique, shared language at any opportunity.

The culture of dragon-slaying fosters healthy, respectful competition — but it also really has helped us build a teamwork-oriented culture. Dragons can be slain individually, but it’s certainly much easier to take one on with a great team behind you.

Slaying that first dragon — our first huge client — brought us so much growth and experience. We now have the mindset (with the precedent to support it) that we possess the skill, tenacity, and resilience to slay any dragon.

Don’t get me wrong: starting with small clients, taking the opportunities that present themselves, doing everything by the book — that’s an effective business strategy, too.

But it wasn’t the route for us.

We wanted to shoot for big organizations because that’s where you can make the most change. It’s worked out beautifully for us so far, and we continue to take on big, influential clients.

Our dragon-slaying career has just begun.

Ivory Robinson is the founder and president of HarpData and the Father of Dragons.