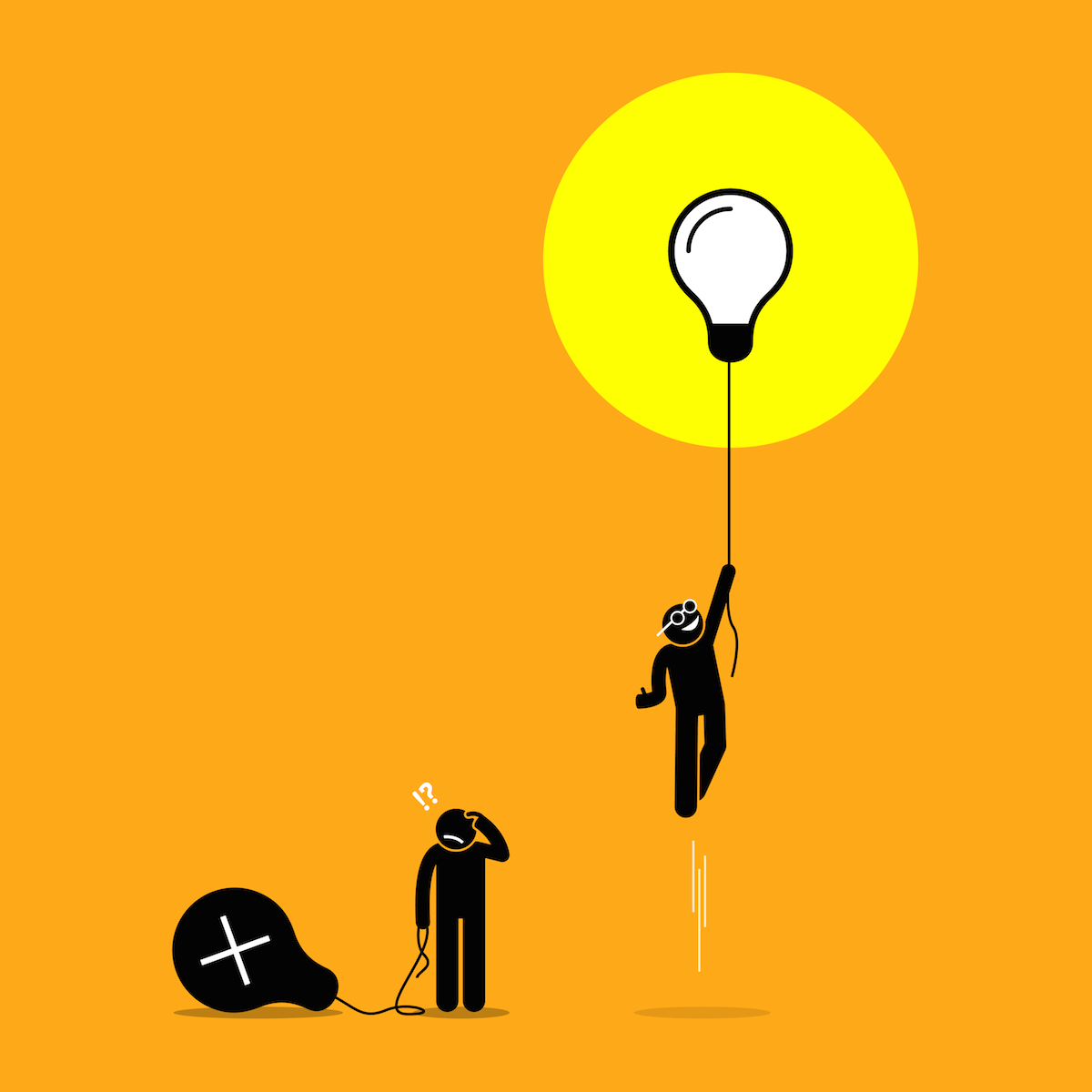 Admitting to failure—and examining why it happened—takes real courage.

I remember when I was a kid and we’d lose our soccer game, we’d still got a trophy. It was a nice pat on the back for effort, but really we were celebrating a loss.

Today, the same thing is happening in the startup world. New business failure has become so common in Silicon Valley lately, the post-mortem congratulations have become a techy cliché.

When nine out of ten startups will fail, the sheer number of founders grappling with that reality has spawned an almost bizarre subset of people who gladly celebrate failure.

CEOs will wear their defunct business like a badge of honor. It’s like they need to keep the facade of success up for as long as possible.

While it’s healthy to take failure in stride, there’s a greater lesson to be learned here. Despite the time and painstaking dedication these executives put into their businesses, they walked away with no idea on how to improve their approach.

The reason: these guys are thinking about failure the wrong way.

Of course, admitting to failure—and examining—takes real courage. We’d all love to keep the facade of success, no matter what. But diving deeper to not only accept, but also understand, presents a great opportunity to learn from your mistakes. It can even help future entrepreneurs avoid the same pitfalls.

In the startup world, you won’t always have a winning company or marketable product. That’s why, when you stumble, it’s important to learn from that experience. When you take the time not to celebrate your failures, but to reflect on them, it helps to set you up for success the next time around.

Understand that when you’re starting a new venture, everything that can go wrong will.

I’ve always been a realist. I know that not everything will go my way, and shit’s going to go down eventually. When it does, it’s simply of matter of, “Now let’s take a step back, decide what we can do to fix it, and move forward.”

Whenever you start a new venture, anything can go wrong. The idea of succeeding, or even succeeding without any bumps in the road, is highly unlikely.

Basically, you have to expect the worst and hope for the best. If you go into it with that mentality—that look, it’s not easy, it’s going to be hard, it’s gonna suck, but I’m going to give it my best—you’re taking the first step towards embracing failure. Only then will you be able to take that experience and learn from it.

Be honest about why you failed.

When it’s over, it’s important that you take stock and do a post-mortem. You need to take a good hard look in the mirror and decide what worked and what didn’t. That means analyzing every element of your business and determining the lessons learned to promote a better outcome. It’s the most essential form of risk management you have for the future.

Even at my startup, Ximble, we focused a lot on building up the product but we didn’t really pay a lot of attention to the sales and marketing at the end of it. We had a great product, but, at the end of the day we didn’t scale as fast—or as big—as some of our competitors.

If I were to do it again, I would do things differently. I wouldn’t just focus on building a great product. I’d put an equal amount of effort into sales and marketing.

With any situation, there’s always a million things you could do things differently. The key is having enough self-awareness to look at yourself in the mirror and figure out what went wrong, what could be done better, and making the commitment to improve your strategy the next time around.

But don’t beat yourself up.

While some startup founders seem to dismiss failure by celebrating it, others take the blame game route. They get so tied to their company and vision that—when it fails—they have a hard time bouncing back from their negative self-talk.

I’m here to tell you that beating yourself up is a waste of time. It puts you in an ugly, unproductive headspace and keeps you rooted in your failure. When you allow this to take over your thoughts, you’ll never move forward.

Instead, pick yourself up and realize that tomorrow is a new day, and you can always do things differently—and better—tomorrow. Don’t let your failure define you. Instead, decide to learn from what happened and immediately take a step to address, fix, or improve one element of your business each day.

Figure out what you can salvage and let that guide your next move.

Not every failed startup is a total waste. There may be some, or many, elements that worked perfectly.

When you take the time to reflect on what went wrong, you can also identify what went right.

Take what you can from the wreckage, use it as a foundation to build on your next venture, and move on.

This takes a lot of introspection. You have to look at the glass half-full rather than half-empty to decide what’s worth salvaging. That could be your network of customers. Or it could be your professional contacts. It could even be discovering that new marketing tactic. Really, it’s anything you’ve been able to acquire or leverage and how it can work to your advantage in the next endeavor.

Doing so is a call to action that gets you up and moving in the right direction. There’ll always be lots of twists and turns along the way—not just professionally but with life in general. When you do hit a roadblock, you’ll have the mental capacity to realize that it’s not the end of the world. Tomorrow is a new day. When you come at adversity from this angle, you’ll always be in the mood to learn from your mistakes so you’re not repeating them. You have to take what you can from the wreckage and move on.

Whatever happens, don’t give up. Don’t excuse your failure, or champion it. As somebody who failed, you join the ranks of the most successful business leaders in history. The question becomes how will you respond? Will you learn from failure or give up? Always be in the mood of learning from your mistakes, so that you’re not repeating them.

How To Achieve Your Goals: 3 Simple Steps From A Founder And CEO