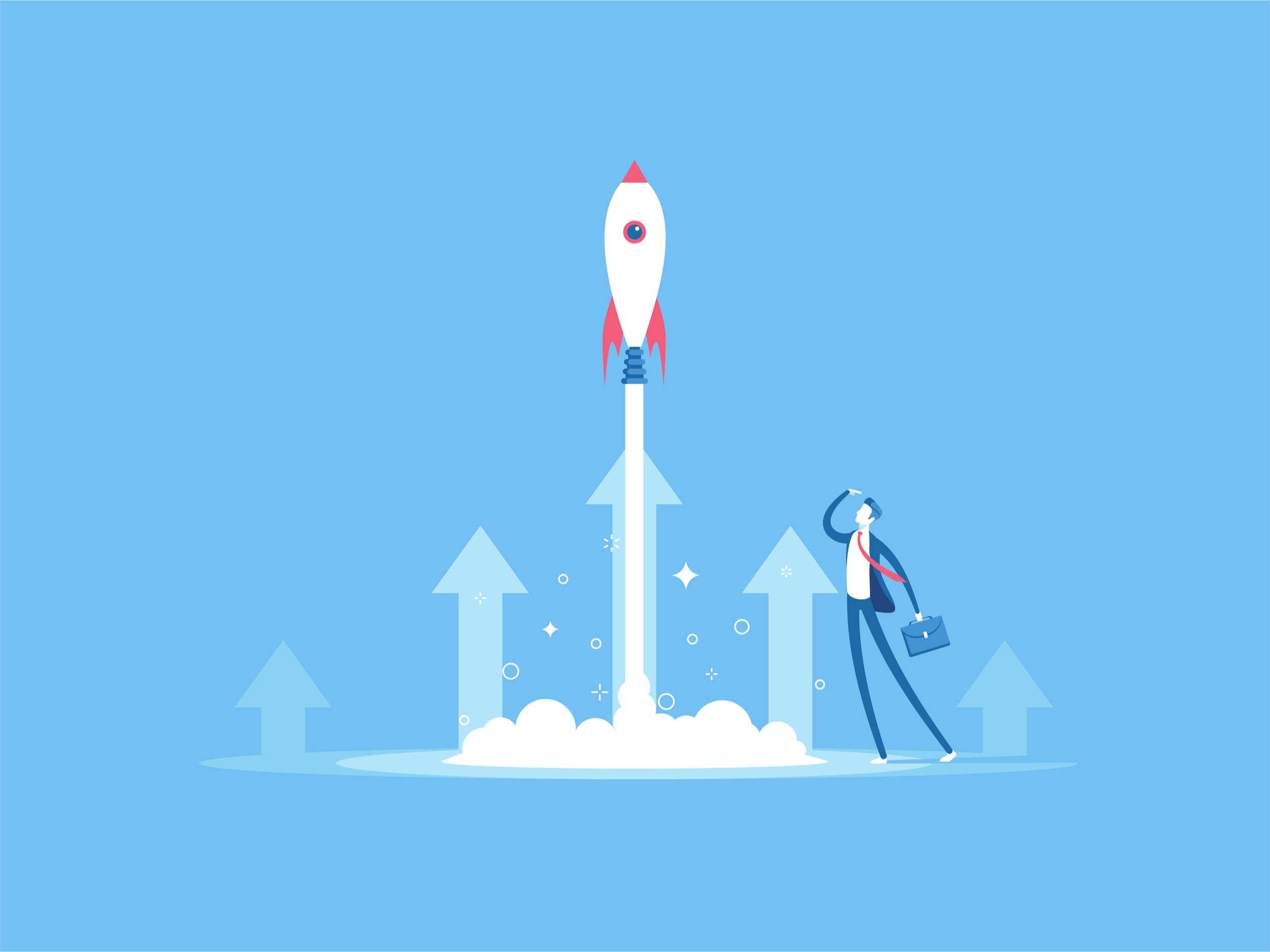 Becoming a “unicorn” in the startup world is the ultimate achievement.

The term defines a company that reaches a billion-dollar valuation or more. Uber was a unicorn. Stripe, Slack, Zapier are unicorns. And while building a company that achieves a valuation or profitability of tens of millions, or even hundreds of millions of dollars is unquestionably impressive, “unicorn status” in the startup world is the pinnacle of success.

Because, according to Crunchbase Insights as of February 2021, there are a little under 600 unicorn companies around the world.

So, how do you get there?

The answer is a bit more complicated than just “having a great idea” or “creating viral marketing loops.” The real differentiator between startups that become unicorn companies and startups that maybe make the Fortune 100 fastest-growing list but stay stuck in the $300M to $700M range usually comes down to story and momentum.

For example, Clubhouse recently closed a $100 million round from one of the most well-known venture capital firms in the valley, Andreessen Horowitz, at a $1 billion dollar valuation. Just seven months prior, the company had raised $10 million in their Series A, meaning in just a little over a year and a half, the company went from being a little-known audio social network to a billion-dollar unicorn.

The reason Clubhouse was able to reach a billion-dollar valuation so quickly was because of their momentum and story (in addition to their impressive growth rate, etc.).

Let’s break down what makes for a compelling startup story:

The very first thing (investors especially, but this is also true for some companies in the context of customers) is Founder Fit.

What this means is: investors want to see that the founders of the company have a personal connection to the subject matter. If there’s one thing the founder of WeWork, Adam Neumann, had before his downfall, it was a meticulously crafted Founder Fit story. Surfer-looking and pseudo mindfulness guru, Neumann, and his co-founder Miguel McKelvey, had emerged from the 2008 housing crisis with a small, successful business: renting temporary office space to freelancers. This story of “bringing people together,” combined with the company’s name (WeWork) and the founder’s connection to the problem made for an emotionally driven pitch.

When you are trying to generate excitement among investors and the general public, this founding story is arguably the company’s most important asset. Not story in the sense of, “Here’s who we are,” but here’s what the company stands for in the world and the new space it is creating in the ecosystem.

The second momentum question investors ask is, “Why now? Why is this company important, right now? Why should I invest, right now?”

Peloton’s story is an incredible example here. Back in 2012 when Peloton was founded, John Foley couldn’t pay investors to take an interest in his company. In fact, according to Business Insider, he estimates he was rejected upwards of 5,000 times. Why? Because the idea of working out at home, on a technology-driven bicycle, was early. The problem he was trying to solve hadn’t built up enough urgency in society. And even though companies like SoulCycle had shown the potential for spin classes, it would still take another 5+ years for the idea to grab hold.

Fast-forward to 2020, COVID-19, and a global pandemic keeping everyone at home, and Peloton can’t make their bikes fast enough. When the urgency for a solution to the problem went through the roof, Peloton all of a sudden made complete sense.

This is why timing is so important. If you’re too early, investors won’t see urgency in the problem you’re solving.

3. Do one thing, and do it extraordinarily well.

What was unique about the ride-sharing wars was how long both leading companies focused on different audiences and outcomes. Uber was much more focused around providing a black car service experience, whereas Lyft was myopic (in a good way) about catering to college students and people who needed a quick ride somewhere in their neighborhood. And even though both would inevitably intersect on each other’s territory, their individual growth can be attributed to their relentless pursuit of only one thing at a time.

Where so many startups go wrong on their journey to a billion-dollar valuation is they diversify far earlier than they should. Look at platforms like Facebook, Twitter, Instagram, Whatsapp, and so on. All those companies did one thing, and that one thing was responsible for creating billions of dollars worth of value. Had they tried to be ten different things at once, however, they most likely would have suffered a different end result.

The worst thing that can happen to a startup is to experience a “down round.”

A down round is where the startup raises more money but at a lower valuation than the previous round—usually signaling to investors that something important has changed. User growth has slowed. Profitability is taking longer than expected. The founding team is having issues, executives need to be replaced, the CEO is getting fired, you name it. All of these things can slow a company down in the moment, but its fate is usually sealed when the down round is announced to the general public.

Most high-high-growth companies that reach unicorn status do not experience these moments of slowed momentum. They might run into some challenging situations, or might need to pivot and move in a slightly different direction, but what really gets investors and customers excited is feeling like the company is on a non-stop train headed for unicorn land. And the more good things that happen to the company, and the more positive press reinforces that story, the easier it is for the company to keep raising money, keep increasing its valuation, and ultimately cross the finish line of becoming a unicorn.

The problem, however, is when that end goal is achieved at a cost—meaning the company’s story ended up outpacing the realities of its business (as was the case with WeWork).

It’s hard to know exactly where the line is between an optimistic view of a company’s future and unreasonable expectations.

However, if there’s one thing founders should learn from unicorns of the past, it’s that story and momentum matter.

I focus on guiding world-class entrepreneurs. I am an investor at BAM Ventures in Los Angeles where we identify and invest in resilient founders who have the vision to launch and scale the next rising technologies, products, and services that connect with consumers and transform commerce. We own the market for seed-stage investing in Los Angeles, and we also back companies and diversify our portfolio nationwide. I source, analyze and provide strategic solutions to support entrepreneurs through different stages of their business. I firmly believe in the global entrepreneur community and am continually an active mentor to accelerators both in Europe and the US. Earlier in my career, I excelled as a designer in the yacht and automotive industry for Ferrari and Porsche, before pivoting my role towards my passion for supporting entrepreneurs, startups and their ecosystems. I love to connect and hear your stories.