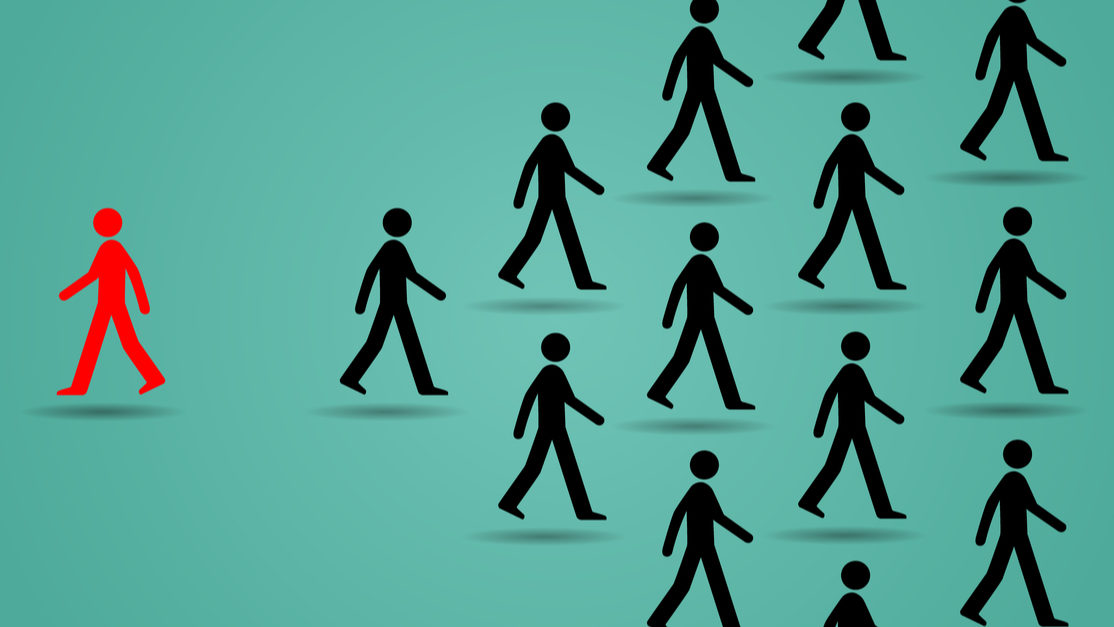 Most people see confidence as something you’re born with—you either have it or you don’t.

Unfortunately, there is a lot of bad advice out there about what “being confident” actually means in the first place.

People love repeating the same tired clichés: “You have to dress the part, and pull your shoulders back to show that you carry yourself well.” But are these really the things that command respect? Is “commanding” respect really even the thing you want in the first place?

I wasn’t all that confident growing up. I was the kid who couldn’t quite find his group of friends in the lunchroom, spent most weekends alone and in my own imagination. And when it came to school dances, I either sat on the rim by myself or just didn’t attend at all. I had a good bit of social anxiety all through high school, and it wasn’t until half-way through college that I started to come out of my shell.

Now? My social life as an entrepreneur and founder is so different than who I was growing up, I genuinely wonder if the memories I have of myself are real at all. And I’ve also learned, first-hand, that confidence is absolutely something you can practice and acquire—and it’s also something that has very little to do with “puffing your chest out” and wearing trendy clothes.

Once I started making these shifts in the way I saw the world, everything around me began to change:

Shift #1: Confidence lives by the rule of opposites—and once you see it, you won’t forget it.

It took me a long time to realize that the people who wanted to prove how confident they were, were actually the most insecure.

This reminds me of a quote from the movie American Gangster where the main character (played by Denzel Washington) says to his lavishly-dressed younger brother, “That. What you got on. That’s a very, very, very nice suit? That’s a clown suit. That’s a costume. With a big sign on it that says, ‘Arrest Me.’ You understand? You’re too loud. You’re making too much noise. Look at me: The loudest one in the room is the weakest one in the room.”

Now, I’m all for creative expression, wear whatever you want to wear, etc. That’s not the point I’m trying to illustrate.

The point is, the world often deduces that if you stand out, you are, by definition, “more confident.” But that couldn’t be farther from the truth. And oftentimes, it’s the complete opposite: people stand out (with clothes, with jewelry, etc.,) to compensate for something deeper.

You want to have plenty of that “something deeper.”

Then, whatever you wear, however you carry yourself, amplifies what’s already there.

Shift #2: Confidence can’t be bought. It can only be earned.

The most confident people in the world aren’t the ones who “have” the most.

The most confident people in the world are the ones who have been through the trenches. They’ve climbed their way up their respective ladders, and earned their way through life. They weren’t given the answers—they found their own answers for themselves. And when they speak, you can hear it in their voice: they aren’t searching for everyone else’s approval.

This is why it’s so important, if you want to become more confident yourself, for you to choose a path. You have to be willing to go on the journey of self-discovery. You have to be open to learning about yourself, and challenging your own fears and insecurities.

The people that dig into this process are the ones who end up radiating confidence.

And the people that don’t remain forever stunted.

Shift #3: Confidence has to be practiced—so find ways to practice it every single day.

Once I realized that in order for me to become more confident, I had to actually practice going outside my comfort zone, I found ways to practice on a daily basis.

In college, every time I would get on my apartment elevator, I would challenge myself to strike up a conversation with whoever I was riding with—even if it only lasted for 15 seconds. I wanted to get used to overcoming my fear of even opening my mouth in the first place.

Then, after college, as I started working downtown Chicago and taking cabs between meetings, I would challenge myself to talk to every single one of my cab or Uber drivers. Again, this was my way of forcing myself to get out of my comfort zone and be open to talking to anyone.

Where I started seeing the most growth, however, was when I started my first company, Digital Press. In order for the company to grow and thrive, I had to sell what it was we were offering. I started taking one, two, five, eight sales calls per day, five days per week—and within a matter of months, I felt like a completely different person. I’d gone from just starting to feel comfortable talking to cab drivers, to regularly hopping on the phone with CEOs of massive companies and talking to them as easily I would a close friend.

All of these experiences really drilled home for me that confidence, and “speaking confidently,” is just another skill that you have to practice.

Shift #4: The more confident you become, the more you’ll recognize authentic confidence in others.

Moving to Los Angeles showed me something really interesting about “confidence.”

LA is the quintessential definition of opposites. The most well-dressed, put together, and overly “confident” people are almost always the ones trying the hardest to climb their way up the ladder. And meanwhile, it’s the people who dress casually, who appear rather unassuming and wear beach shorts and sandals to nice restaurants, who are the most accepting of themselves—and usually, are the most successful.

All growing up, we’re taught to aspire to be the former. The advice we’re given is that we should buy really nice clothes, “dress the part,” and let our outward appearance be the thing that signifies our confidence. In reality, this is actually poor advice—and anyone who is anyone can spot the difference.

It’s really not about how you present yourself on the surface.

Confidence is all about who you are, as a human being, and the energy you give off. Which is why the path to “becoming” more confident has very little to do with anything external, and everything to do with getting to the root of your fears, your insecurities, and who it is you believe yourself to be in the world.