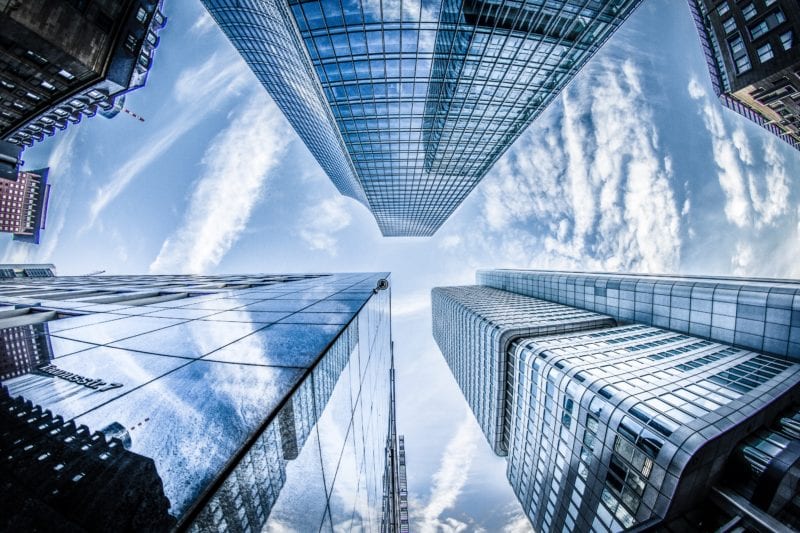 I spent three hours every day commuting to and from my first serious job.

I live in the Bay Area, and covering the hour-and-thirty-minute distance from my apartment to downtown San Francisco entailed driving, BARTing, and walking—each with its own price point to budget for.

By the time I slogged through the front door of my office, I was already spent in a way coffee could never fix.

Now, I work remotely. And while this virtual work environment presents its own challenges and distractions—Netflix and dog snuggles competing for my attention—it also allows me to focus on working. (Not to mention it saves me an enormous amount of time and money.)

So when it comes to the laundry list of things my generation is supposedly killing, the traditional office environment is one check mark I’m glad to see filled.

And I’m not alone.

According to FastCompany, 50% of the workforce is projected to be remote in the next few years, with partial telecommuting already at nearly 40% as of 2015. And a second 2015 survey found that 68% of recent millennial college grads preferred a job where they could work remotely.

Yet, some employers think productivity plummets when team members work from home, or they aren’t developing company comradery milling around the coffee pot.

But before we get much further into this, let’s lay some demographic ground rules:

Remember that “millennial” is no longer synonymous with “kids these days.”

The oldest Millennial this year is going to be 38, and the youngest is 22. We are tax paying, bill accruing, job working, kid having, real-life actual adults.

And we’re 30% of the US population alone.

We’ve watched entire life-cycles of new technologies from start to finish. As comfortable as we are with smartphones and computers, we also have tactile memories of wrapping the kitchen phone cord around our fingers while talking with relatives long distance—when it was expensive to do so.

We grew up in the worst recession our country has ever seen—comparable in some ways to the Great Depression of our grandparents’ era. The recession affected our life choices—when we go to school, how we make financial decisions, when we’ll buy houses or cars (if we even bother). The Pew Research Center, in their definition of us, has said that the recession’s impacts on Millennials will have lasting effects throughout all parts of American society for years to come.

We watched the twin towers come down, watched our country go to war in Iraq and Afghanistan. We knew what was happening, knew the weight of it, and felt powerless.

So now we’re a generation that doesn’t do things simply because “that’s how it’s done.” Quite frankly, “that” just doesn’t work for us.

We build, we create, we explore. But we also question.

And we bring that attitude into the workplace—which in this case means destroying the traditional office environment.

Our methods aren’t without motivation, however.

1) Flexibility is Our Top Priority

When it comes to employment, millennials want flexibility before they want anything else.

The original loyalty rewards of pensions and a corner office are no longer offered, so we don’t look for them. We’re a generation that hops from job to job every two years, seeking the chance to do what we love in a way that makes sense to us. Some experts are now saying that our generation won’t even consider a job if there are not remote opportunities.

We want the ability to work when and how we want—for whatever company we want.

Remote work gives us the chance to travel. 60% of Millennials said they would relocate internationally to work, and that’s even without the opportunity for remote work (although the logistics and day-to-day operations of a US worker abroad does require some remote work by nature). But when it comes to leisure adventure, we spend $4,500 a year on vacations, with an average $1,300 dropped on each.

We are not messing around in our quest to see the world.

And as we start to settle into raising our own families, remote work allows us to be home with children in a country that doesn’t give us nearly enough time to do so. The US maternity and paternity leave policies are abysmal compared to the rest of the world. And not everyone has the luxury of leaving one parent at home while the other works.

Because when you’re working harder than prior generations for the same amount of money, the days of stay-at-home parenting seem like a framed piece of golden-era nostalgia. Where it used to be the norm to out-earn your parents by the time you were 30 (90% of Americans born in the ‘40s did so), for millennials that’s become a pipe dream.

The final piece that remote work offers is balance. Our careers are not our lives and we have no interest in making it otherwise. The US is one of the most overworked countries in the world, and according to Heidi Lynne Kurter at Forbes, Millennials are one of the only groups fighting for a greater balance.

Now let’s look at the problem from the perspective of a founder or business owner—which a very large number of millennials happen to be.

Thousands of millennials started not one, not two, but eight businesses according to a 2016 report from BNP Paribas. The numbers are high partially because millennials don’t see a business failing as an end to their career—it’s simply a lesson learned on what not to do next time. They’re unafraid of failure, focused on their impact, and do not give a shit about having an office.

Because cutting the overhead cost of a physical office means small independent businesses can get off the ground a little easier. Starting a business is never easy. It would be ridiculous to claim otherwise—but being able to focus your efforts on actually building your company instead of budgeting for rent can go a long way.

Running an office burns through the single most important part of running a company: money. There’s the cost of staffing an office manager, buying desks, chairs, printers, scanners, phones. You name it. But that’s money that could be going toward other business investments with greater returns.

So, why would you pay $5,000 a month to rent barely 900 square feet of office space in San Francisco, when you could put that money toward paying a sorely-needed social media manager’s salary?

Some companies have been way ahead of the benefits offered by remote offices—IBM, for example. According to the Society for Human Resource Management, “By 2009, 40 percent of IBM’s 386,000 global employees worked at home, and the company noted that, as a result, it had reduced its office space by 78 million square feet and was saving about $100 million a year in the U.S.”

It’s worth noting here, however, that in 2017 the tech manufacturing giant called its remote workers back into the office, requiring “co-locating” in place of remote work after several unprofitable quarters. And while Michelle Peluso, IBM’s chief marketing officer, says that bringing folk back into the office is about improving innovation and collaboration, that doesn’t mean it’s the only successful way to run a company. Requiring co-location didn’t work for Yahoo, and IBM competitor Dell is going the opposite route, encouraging more and more of its employees to work from home.

3) We Care About the Work We Do

Millennials couldn’t give two shits about a plush corner office.

With improved technology, our workspaces are really tied to our laptop and not so much to a desk. The average office is getting smaller and smaller because we need less and less desk space.

Which in turn, means that the prestige associated with earning a “bigger” office no longer holds sway.

We care more about doing good work that we’re passionate about than climbing a hierarchical ladder. In fact, millennials prefer that bosses don’t have their own office. Communication and collaboration happen easier when there’s no physical door to knock on and a flat hierarchy can improve engagement.

We want to be on the same page as everyone else to accomplish the workplace goal. And you can’t do that if you’re focused on getting a bigger desk to put your laptop on.

4) We Just Want To Focus

Contrary to popular belief, millennials really just want to be able to sit down and do our work.

This is harder than it sounds in an office environment.

For example, maybe Eric stops by your desk to ask a question about the data entry project you’re finishing together. Macy overhears and comes over to join. The next thing you know, there’s a meeting happening at your desk and then someone has the bright idea to pull everyone into a conference room. You sit there for the next hour as the actual project itself languishes unfinished.

And that’s not even accounting for all those meetings that could’ve been an email.

The fact of the matter stands: Millennials don’t want an open floor plan that “fosters collaborative opportunities.” We want to put our headphones in, finish these spreadsheets, and lip sync Beyoncé while revising the deck for next week’s presentation.

Better yet, we want to do it from home in our pajamas where our focus, our time, and our energy is ours—not the victim of a string of meetings.

You’ve most likely heard of the Ctrip case study from 2014 that allows me to make this claim.

But in case you haven’t: Nicolas Bloom and James Liang tested out what happened if they let half the staff at a call center work from home for nine months. What they found was not only were the employees who worked remotely happier and less likely to quit, but they got in 13.5% more calls than the employees in the office.

Bloom suggests that a huge part of this boost in productivity was that working from home allowed for a quieter and more focused environment, thus allowing more to be accomplished. But he also notes that because they were already home, they started their day earlier, took shorter breaks, and didn’t leave in the middle to run errands.

In short, not feeling like they needed a break from the office environment meant they got more done.

And these were hourly call-center workers—not people with salaries or benefits. Bloom concludes by noting that in general, it’s worth it to allow all staff the chance to work from home two to three days a week. “It’s hugely beneficial to their well-being, helps you attract talent, and lowers attrition,” he says in his article for the Harvard Business Review.

And remember—there’s a wealth of companies adopting this policy in 2019. This isn’t something left in a journal 5 years ago, it holds weight now.

Really, when it comes down to it, Millennials may kill a lot of things, but we don’t do it without reason.

Napkins are bad for the environment. Smoking hurts your body. Golf is boring. And ditching the mandatory office routine is just another way of adapting to the technological solutions available to us in the modern workplace.

The loss of the traditional office environment is just like any other change in that there’s nothing to fear—except, of course, getting left behind.