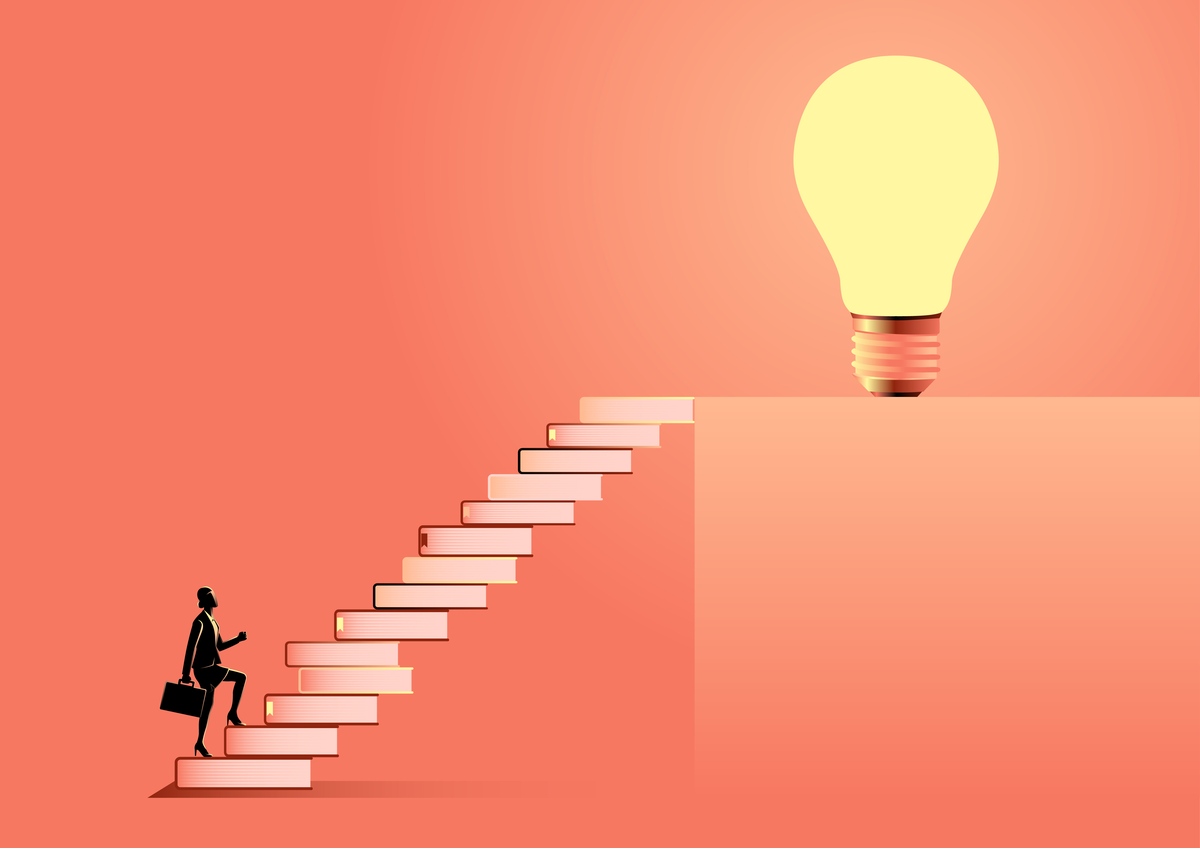 If you’ve ever been through a high school math class, you probably remember the secret about those textbooks—the answers were in the back. Sure, you may have had to flip the book upside down, or you may have only been given the odd number answers. But, for the most part, everything you needed was carefully indexed in the back of the book.

While many of us tried to figure out the problem two or three times before flipping to the answers, it was definitely easier to jump straight to them and save an hour on homework.

Especially since students are led to believe that getting the right answer is more important than anything else, that deferral to the cheat sheet—the urge to quickly get to a solution—often takes precedence over deeply understanding a problem.

To do the latter, students have to be able to ask “why”—an interjection that isn’t always welcomed. With timed tests and formulas, students are incentivized to develop the mindset of “find the answer quickly” instead of “dig deeper” when problem-solving. Consequently, many students carry this mindset into adulthood, depriving themselves of being able to truly learn and innovate.

The true definition of learning is being able to understand the “Why?”

To understand the “why,” it’s crucial to deeply research a topic and then deconstruct it until you’re only left with the most basic parts—or truths—that constitute it. This is referred to as first principles thinking.

For instance, there’s a famous example of first principles thinking that involves a bicycle, a tank, and a motorboat pulling a skier. If you ask someone what they could create from these three items, they might struggle to think of something because it’s difficult to combine the entirety of each item.

But, if you understand why each item works—what parts it has and how they operate—it becomes easier to see how the different items could be combined to create something new. Take the treads from the tank, the handlebars from the bike, and the skis and motor from the boat. Suddenly, you have a snowmobile.

This way of learning, forcing yourself to dig deeper and go back to first principles, requires time and patience. It may mean googling for hours, listening to podcasts, knowing what question to ask next, and being able to process different pieces of information. Unfortunately, school doesn’t train these behaviors—students are told what to learn and given forms, like templates and formulas, as tools for problem-solving. As adults, it’s important to recognize this so we can retrain ourselves to learn and problem solve.

To problem solve, focus on the function—not the form.

First principles thinking uses a different approach to problem-solving by concentrating on function, rather than form.

When people think in terms of form, they’re using a “template” to make improvements on. This results in the creation of new iterations of that same form. For example, the satchel or traveling pack has been around in some form for thousands of years—Roman soldiers even carried a leather satchel known as a loculus. And over the centuries, new versions of the basic “bag” continued to come out as materials and craftsmanship improved. Sometimes a zipper was added, sometimes more compartments—nothing that made it significantly easier to transport heavy materials.

The rolling suitcase wasn’t invented until 50 years ago, in 1970. When focusing on the function (moving things efficiently), the suitcase was combined with a heavy machine that operated on wheels. Take the wheels off the machine, combine it with the suitcase, and voila!

My team at Edvo takes first principles thinking seriously. We know the job search process is broken because it takes way too long to find a job—let alone the right role for each person. The form for getting a job has always been to submit a resume, go for an interview, and then get hired. So there are many companies focused on improving that form, which is why people can now show their work through portfolios and certifications instead of just through their resume. There are even several technologies that claim to make interviews more efficient. But iterating on those forms is not significantly improving the function: routing people to the best-fit roles quickly. Despite these solutions, we find that people are still on the average job search for six months and 33% of hires fail after six months.

So rather than just focusing on the current form of getting a job, my team and I are obsessed with the function. We’ve done countless deep dives, ideation sessions, and experiments. Because to truly solve a problem, especially a global one like finding meaningful work, it’s crucial to learn every aspect of why it exists.

Retraining your brain to deeply learn takes time and effort. But the better you become at reshaping your thinking, the more curious, insightful, and thoughtful you’ll be—and that’s what innovation requires.