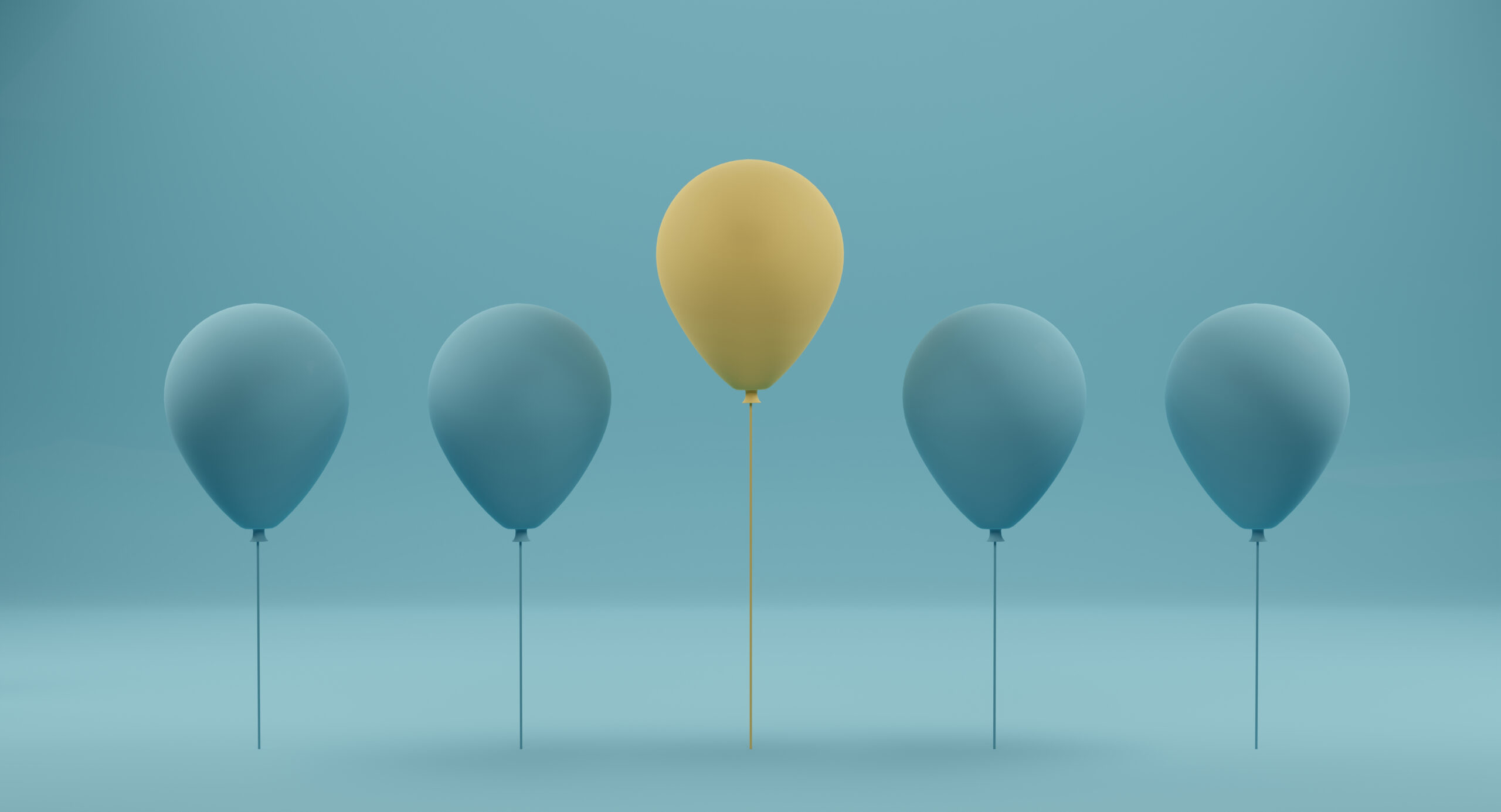 I think playing it safe is the riskiest thing you can do as a business leader—and being subtle is boring.

Customers don’t pick up on subtleties. They’re bombarded with too many types of messages and ads every day to notice you if you’re doing what everyone else is doing. Which means, if you want to stand out, you have to do so in a way that isn’t subtle.

You have to be bold!

I’m the CMO of Gong, the fastest-growing revenue intelligence company in the world, and nothing we do is subtle. How many other SaaS companies do you see rocking bright purple in their branding?

Our prospective employee video is titled, “8 Reasons People Hate Working For Gong.” Our ads mix humor with category education and resemble something closer to a YouTube viral video than a B2B enterprise software marketing campaign. We aren’t scared to take a stand, or try something new and different, because we know either what we create is going to hit and hit it big, or it’s going to go nowhere and be irrelevant.

And what’s the alternative? Be boring?

We’ve been able to build a brand customers and employees are passionate because we do things differently. We don’t speak like a company. Our brand speaks like a person—with a human voice.

And who are you most likely to remember at a party, for example? The people who are quirky, engaging storytellers, opinionated, and full of character.

Here’s how we’ve been able to stand out by being intentionally polarizing:

We did this intentionally when branding the company. Comics are fun, conversational, and approachable. Pink and purple aren’t colors most sales and business intelligence companies use—most, if not all, are different shades of blue.

Fast Company has a great list of companies that have been unconventional with their branding efforts—from Impossible Foods to YETI to TikTok and even Avocados From Mexico. There might be no better example of polarizing branding though than the standout social app of 2020, Clubhouse, which launched with an exclusive network of individuals and changed the icon of their app to different influential voices at a moment’s notice.

Polarizing branding means creating a brand that sits right in the middle of people’s expectations: 50% of people love it, 50% of people hate it.

Because it’s this level of “perfection” that sparks the most conversation, emotion, and debate from people. Which is exactly what we wanted.

Marketing is a conversation with current and prospective customers.

Some people believe that in order to build a large and successful business, you have to be buttoned up. You have to be “professional.”

But I really disagree!

Of course, your product has to deliver, you have to keep your promises, and you have to run a tight ship. But that doesn’t mean you should remove what makes the company relatable and human. Your marketing and messaging should sound like it’s coming from a person—not an inanimate object.

For example, when Elon Musk and Tesla creates “Tesla Tequila” (or, better yet, “not a” flamethrower), that’s polarizing marketing—for himself and his companies. That doesn’t sound like a buttoned-up business trying to sound “professional,” but a friend who came up with a funny idea at a party.

We don’t take ourselves too seriously.

I’m a very numbers-oriented person. We use data to measure everything we can. But just because we’re numbers-focused doesn’t mean the culture of the company has to be “stuffy.”

We talk like regular people. We hang out. We high five. We joke and have a sense of humor.

Culture is not what you write on a poster! It’s the result of what happens when people watch you: how you act, how other leaders act, how you solve problems, how you treat people in good moments and moments of stress.

And all of these actions, over time, create the DNA of your company culture. For example, when Coinbase says they will no longer tolerate internal debates on social issues and politics, or when the CEO of Shopify puts out a memo stating the company is a high-performing team, not a “family,” these are polarizing cultural decisions that force employees to make a choice: is this the type of environment you will thrive in? Yes or no? I’m not saying I necessarily endorse either of these examples, but they certainly illustrate two instances of polarizing culture.

Whichever polarizing cultural lines you choose to draw, it’s then your responsibility to find creative, unique ways to communicate the qualities of your culture at scale to attract the types of team members who will work best in your organization.

Sales technology is a saturated market.

Even if you build an amazing product, if it looks, smells, walks, talks, and acts like every other product out there, people aren’t going to want to hear about it.

One good example of this is Zoom. Before Zoom, much of the world didn’t have the confidence that technology could reliably be used to hold video calls remotely. Important meetings happening over video was unheard of—until technology proved “something like this is possible.”

If it’s the same as everything else, it’s just noise.

I'm the CMO at Gong and a 5-time VP Marketing with 20 years of industry experience heading world-class marketing teams for public and private companies in B2B tech. I'm also the author of The 50 Secrets of Trade Show Success.