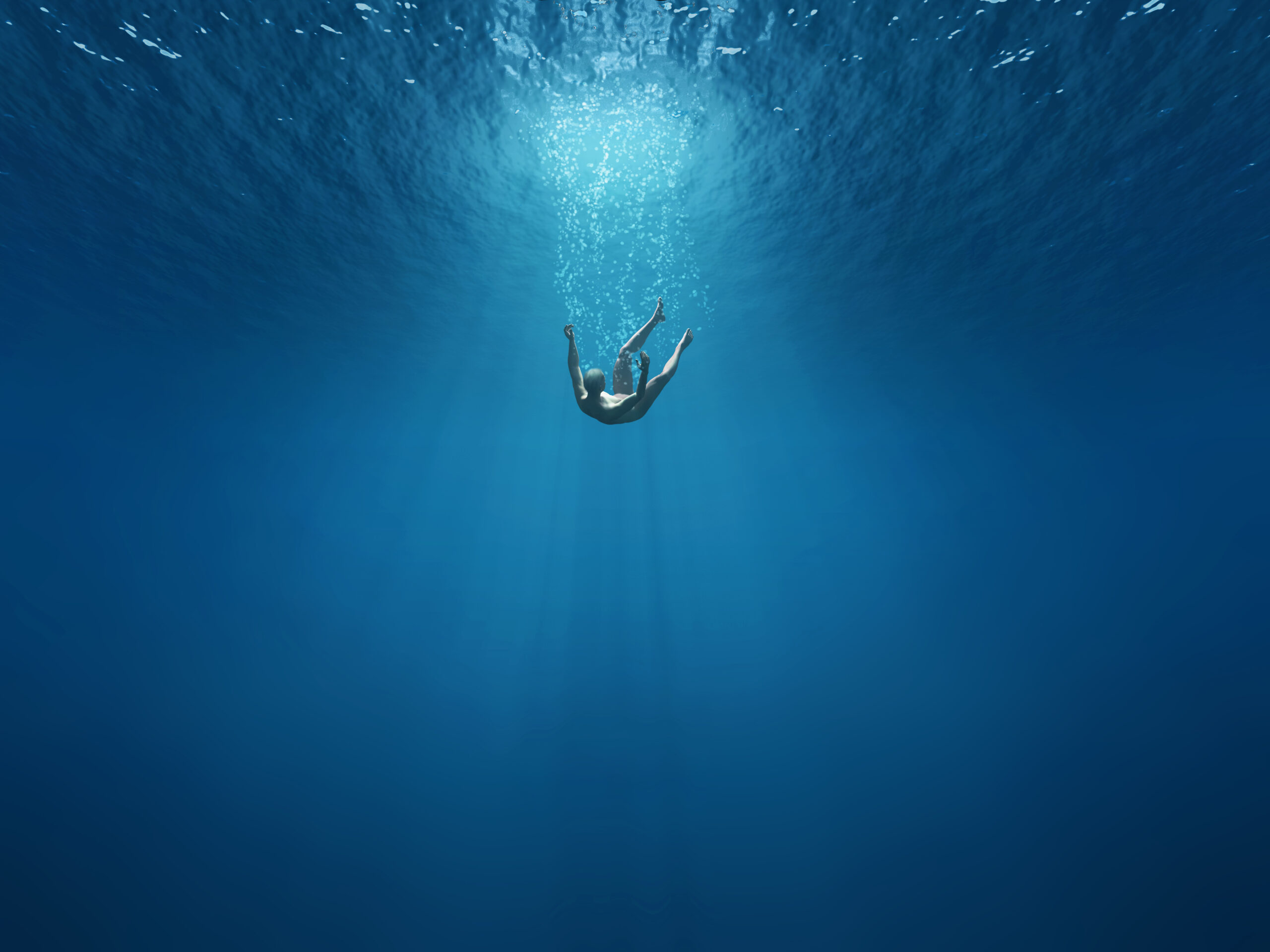 I was born with a fear of the ocean.

When I first tried scuba diving years ago, I was terrified. Terrified of losing control, of not understanding my surroundings, of losing access to oxygen — afraid, basically, that this unknown environment would conspire against me, and I’d be doomed. It kept me from diving to any real depth and making the most of the lesson.

In the years between my second and third attempts, I developed a mindfulness and meditation practice. I focused on my breath — the most fundamental element of human life — practicing techniques that took the bluster out of baseless stress. On my third attempt, the same anxiety bubbled up, but I had the tools to calm myself. We swam 30 feet below the surface to a shipwreck covered in algae and surrounded by schools of fish. I felt at peace.

Scuba diving was a revelation. It helped me conquer a lifelong fear, apply the principles of breathwork in a real high-stakes environment, see the subsurface world.

Unlike scuba (which is short for “self-contained underwater breathing apparatus”), freediving comes with no apparatus — nothing other than goggles to help you navigate the marine world. If scuba diving brought me closer to the marine world, freediving was total immersion.

Immersion in the ocean felt like going home. Our species evolved from marine ancestors, of course, and we still spend nine months in an aqueous womb before starting life. Ocean water and the human womb even share certainly highly concentrated elements (like magnesium and zinc).

Freediving has also played an important role in cultures both ancient and modern. The ancient Chinchorro, Egyptians, Greeks, and Persians all freedived for food and tradable goods. Modern Bajau people, indigenous to Indonesia, Malaysia, and the Philippines, regularly freedive 230 feet to find food. My own countrymen, Sri Lankan Pearl Divers, dove deep for rare jewels.

By the end of my first lesson, I was able to hold my breath for four minutes and dive 40 feet. That won’t make me a Pearl Diver, but it far exceeded what I thought was possible. For anyone on a personal growth or life hack journey, freediving is a must-try. By inverting the conditions of day-to-day life, you gain skills and experiences with far-reaching benefits.

The inner mechanisms of freediving mirror those which personal growth experts list as essential for healthy daily routines.

As I prepared, I deepened and slowed my breathing. I guided myself through visuals, rather than being tugged along by anxiety. Once underwater, I relished the natural landscape, rather than fretting over its unknowns.

Now, back on land, I have taken numerous benefits with me to my personal and professional life.

BQ refers to how attuned you are to your body’s signals. When freediving, you get a range of signals, most of which revolve around your breath. To stay calm, you have to read them accurately: neither making too much of discomfort nor ignoring a sign that it’s time to resurface.

In the week after my first freedive, I was acutely aware of physical sensations. When writing, working, having meetings, or talking with my partner or family, I could translate physical signals into actionable information.

Longer time between stimulus and response.

Master meditators often talk about how, as they meditate more deeply, more time elapses between external stimulus and internal response.

Because meditation is so central to freediving, it encourages the same effect. After my dive, it was easier for me to see situations objectively, and respond rather than react. Maintaining a gap between stimulus and response is essential to professional, compassionate conduct.

A heightened sense of wonder.

The ocean makes up 71% of the Earth, and more than 80% of it remains unexplored. Immersing myself in the marine world emphasized how human life is just one variety. Marine life has evolved according to entirely different conditions. As I negotiate business questions and personal dilemmas, it reminds me that the most obvious paradigm is not the only one — and is rarely the right one.

Freediving inverts life. Instead of breathing, you hold your breath. Instead of walking on land, you drift through the water. Instead of seeing members of your species, you see creatures whose lives look nothing like yours, and who don’t share your homo sapien anxieties. It takes effort to separate yourself from normal life this way. But when you return, you return with a remarkable serenity — what surfers call “stoke,” what yogis call “bliss.”