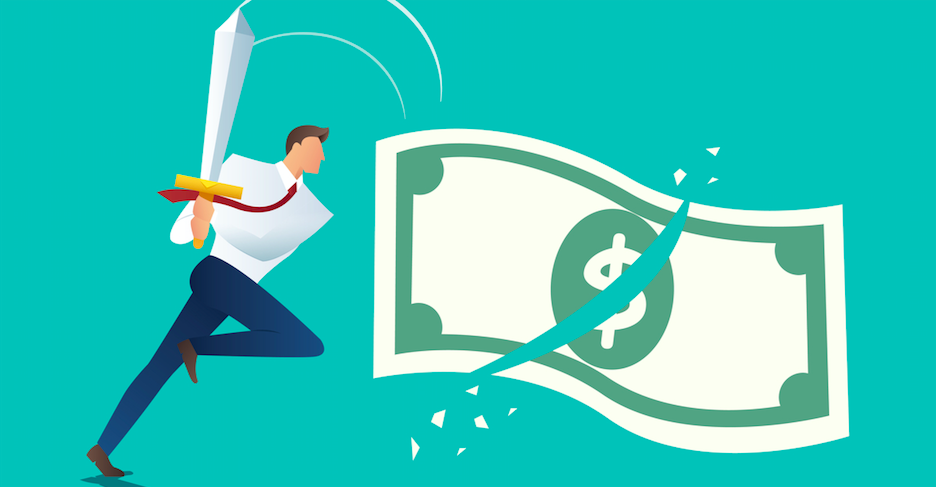 I was 23 years old when I first heard the term “opportunity cost.”

I had just started working at a creative agency downtown Chicago, and the creative director (who was also one of the founders) had taken me under his wing. We were sitting in the back room, which we called The Library, and at the high-top table we were standing at, he explained the concept to me.

“There are always two costs in a given situation. There’s the cost of doing something, right? You buy a roll of toilet paper, that’s a cost. Say one roll is $2. But then there’s what’s called the ‘opportunity cost,’ which is, what happens if you don’t buy the roll of toilet paper? Sure, you kept the $2, but now you’re shit out of luck.”

Immediately, the concept made sense to me—and I was fascinated.

For four years working at this creative agency, I saw this concept play out dozens of times per day—and every time a teaching moment would present itself, my mentor would turn to me and say, “What’s the opportunity cost here, Cole?”

Learning what “opportunity cost” was, and all the different ways it could play out in a business setting, became a crucial part of my job.

However, I gravitated to the concept because I realized I had always had an awareness of what “opportunity cost” in a situation was—I’d just never had a name for it.

And over time, I started to develop a method as to how I wanted to make decisions for myself—not just in business, but in relationships, with finances, with the friends I wanted to keep, and in my life as a whole.

In every situation, I ask myself which side of the coin has more to gain?

Let me use the first example I mentioned above as a case-in-point. If you have a client that suddenly goes radio silent and doesn’t pay their last invoice, that “cost” to you might be $5,000. It’s tangible. It’s a very clear amount of money. And you know that by not pursuing them for that money, you’re “losing” $5,000.

This is where most people stop.

What most people don’t take into account is everything they’ll need to do (all the other losses they’ll need to incur) in order to pursue the $5,000: court fees, hours of your own time and energy, reputation cost, the list goes on and on. Which means, at the end of all your efforts, you might very well spend upwards of $10,000 in order to get the $5,000 that is “rightfully yours.”

In one way, sure. But you also lost too. Which means you’re ironically in the exact same place you were when you started (where you had something to gain and something to lose), except now, you’ve lost more than $5,000.

In stock trading this is referred to as “selling a losing position.”

Traders live and die by the concept of opportunity cost.

There are a lot of people in the world who struggle to get past that first move on the chess board—selling their losing position. They have a hard time making that decision without feeling like they’ve “lost.” What they fail to see, however, is the continued loss they’ll incur if they choose not to sell.

Which is why both sides of the coin have to be weighed against each other.

So, how should you be thinking about Opportunity Cost in your everyday life?

The truth is, I take opportunity cost into just about every single decision I make in a given day.

This is how I think about every decision I make in my life. And I have found, without fail, that the best decisions end up being the ones that push beyond the first, most obvious “cost” and are instead based on opportunity cost—the clearest one being the relationship I had with my mentor.

For the four years I spent working with him, I had multiple people (friends, family members, etc.) offer me jobs at other companies. Jobs that paid higher salaries. Were in nicer offices, Came with flashy perks like a full bar and free coffee lounge on the first floor. But the reason why I turned all of them down, and continued working closely with my mentor, was because I saw the opportunity cost.

If I stayed at his agency, my “cost” was pretty obvious.

I was making $20,000 – $30,000 less per year, than if I had taken a job elsewhere. But if I left, the opportunity cost was the fact that I had direct access to someone I very much looked up to, and wanted to be like. A new job might pay me more money, but I wasn’t going to get to work directly with the founder of the company. A new job might come with free lattés, but it wasn’t going to give me a mentor. And so what drove my decision to stay (for nearly 4 years) was the fact that I was able to see the long-term benefit of forgoing a short-term pay raise.

When I did finally decide to “take the leap” and leave his agency, sure enough, it was “opportunity cost” that drove my decision. The “cost” of me staying had become greater than the “opportunity cost” of me leaving—and seeing what else I could learn on my own. It was the moment I had been working toward for years. But when it finally came, I wasn’t just “leaping” with a gut feeling. I was taking an educated, informed step based on the theory of opportunity cost.

And I went on to start my own company shortly after.