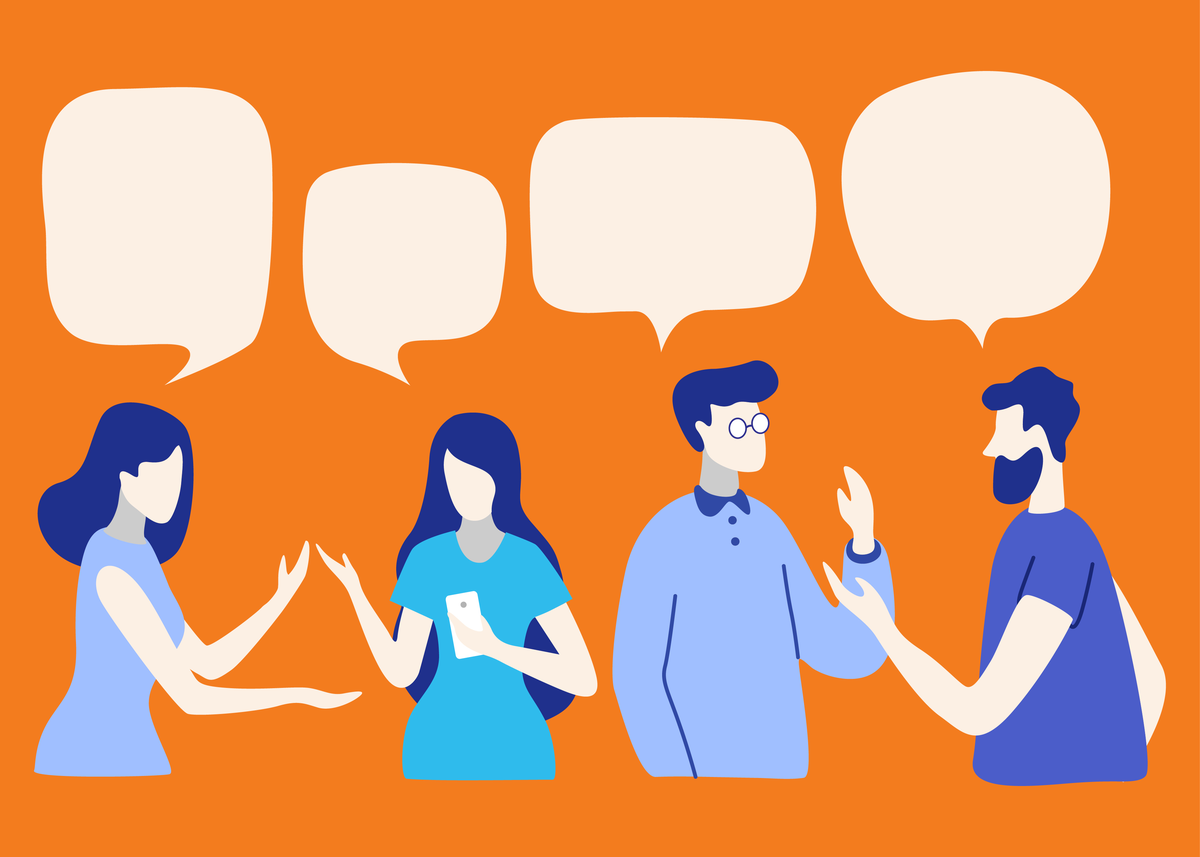 I was having a conversation with someone recently, and it wasn’t going well. I realized pretty quickly that the other party was what I like to think of as an “I” listener. That is, he listened only in order to interject something about himself.

You’ve probably run into this type of conversationalist, as well. You tell them you’re thinking about going to Italy, and before you can even finish your thought, you’re being treated to a blow-by-blow account of their backpacking trip across Europe. They don’t care to give input about your itinerary and do everything possible to refocus the conversation back on themselves.

Dominating a discussion by over-sharing personal experiences is just one of the many off-putting behaviors people can fall into during a conversation if they’re not careful. Unfortunately, nearly all of us are guilty of doing something similar every now and then.

The unpleasant conversation I mentioned earlier got me thinking—what are the conversationalist archetypes we encounter most often? And what can we do to avoid those styles of speaking and become better at connecting with other people?

I’ve already covered the people who dominate a discussion with their own experiences. Pivoters do something similar—they work hard to steer the conversation toward something only they want to talk about.

Normally, there’s nothing wrong with steering a conversation in a certain direction if the other person gives you a natural lead-in to your next thought. But some people—and I’ll admit, I sometimes fall into this category—pivot too hard. They make a leap that feels just a little unnatural.

For example: “Wow, this drink has a lot of ice in it. You know, that reminds me of my trip to Alaska…”

It’s simply a bridge too far, and the other party usually finds it more than a little disconcerting to swing from topic to topic so drastically. It can feel like an unnatural agenda has been preset.

There’s nothing wrong with having a casual disagreement in a conversation. And most of the time, if it’s not central to the topic at hand, both parties are able to move on pretty quickly.

However, sometimes you’ll encounter people who want to show you how smart they are or how much they know about a certain topic, and they initiate a disagreement when it doesn’t really make sense. For instance, you might be having a conversation about a marketing campaign and mention you’ll run it once you get back to your computer. Suddenly, you’re being treated to a heated “discussion” about the merits of PCs and the inferiority of Macs. Why? Because they’ve got an axe to grind, and they’re looking for any opportunity to do so.

If you’ve ever noticed someone saying the same thing over and over again during your conversation, you’ve probably encountered a daydreamer. I tend to do this more than I’d like, and it’s a style of listening—or, rather, not listening—that most of us tend to fall into from time to time.

Sometimes people are simply thinking about too many things at once, or they’re focused on waiting for an opportunity to offer a specific opinion on the topic. Whatever the case, the head is nodding, but the mind isn’t really processing what’s being said.

Physical actions often speak louder than words during a conversation. And some people always seem like they’re looking for someone or something more interesting than the conversation they’re currently having.

They might be shifting their hips, swinging their eyes back and forth over your shoulders, stretching, or fidgeting, but in any case, you can actually feel their lack of interest through their body language.

On the other hand, some people will get carried away with the conversation they’re having and end up steamrolling the other party.

It’s never fun when you can’t get a word in edgewise. And if you’ve ever found yourself looking for “opportunities” to say something in a conversation, or you start talking only to be spoken over, then you’ve encountered this type of conversationalist.

Once you know where your own tendencies lie, you can start to become a better networker and conversationalist.

Again, most people aren’t strictly one “type” or the other. But I find that using these archetypes helps me notice when I’m doing something similar. They make it easier to reflect on my own actions during a conversation—was I fidgeting? Did I talk over them? Did I ask them questions, or simply relate everything back to myself?

When you’re networking with people, you’re trying to build a connection. And if you start to go down these unpleasant conversational roads, people won’t feel that connection. By avoiding these conversational traps, you’ll actually make yourself more memorable, because people remember the person who listened to them intently and made natural, interesting contributions to the discussion.

With a little self-reflection, you can be the type of conversationalist that people love to engage with—and someone they’ll remember when they have an opportunity to discuss.