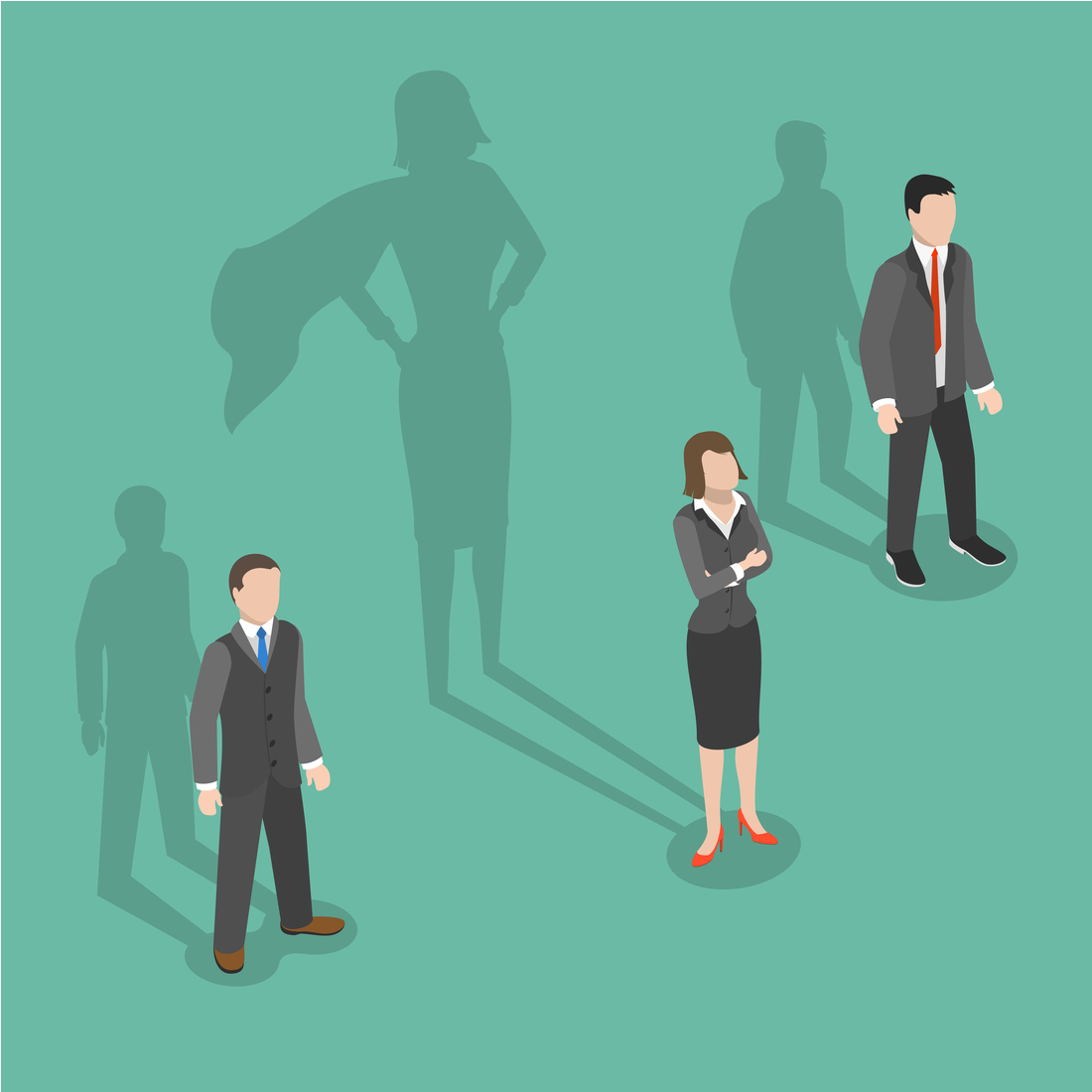 That women are being respected for not only our inherent worth but also for our unique perspective and ability is important for our gender and for society at large.

Women have recently crossed an important threshold. According to a report released last month by American Psychologist, women in the U.S. today are finally perceived by the general public to be just as smart and competent as men.

Although this is a long time coming––women are, of course, every bit as smart and competent as men, and have always been so––it’s nevertheless encouraging. It reflects how the world is changing for the better. That women are being respected for not only our inherent worth but also for our unique perspective and ability is important for our gender and for society at large.

The report comes with a catch, however. Although women and men are now seen as intellectual equals, respondents to American Psychologist’s report still believe that men possess superior abilities when it comes to leadership. In other words, while women are just as smart as men, most people still believe men hold more agency and make better CEOs, managers, or founders.

This begs the obvious question: why?

I’ve been reflecting on this ever since I read the report. And there are, I think, a couple of reasons. First, people have, throughout history, proven slow to let go of outdated cultural beliefs, and the idea that women are inferior leaders––less tough, too emotional––has certainly been around for a long time.

Perhaps more pertinently, though, is that women simply haven’t been given the same opportunities to demonstrate their leadership chops as men have. There are still shockingly low numbers of women in leadership roles. As a result, not all that many people have experience either working with women leaders or, more broadly, seeing them operate in a leadership role. To change traditional and stubborn mindsets about gender, more people need to have that visual confirmation.

It’s crucial, then, that men and women across society work together to deliver on that. For one thing, more equal representation in boardrooms and in C-suites benefits organizations, communities, and professional ecosystems. It does so from a logistical standpoint––women leaders generate more profit for their companies––as well as for less tangible reasons, such as the inherent beauty and importance of increased diversity. We should collaborate in celebrating women for their accomplishments, and we should work to combat efforts to sustain the insidious status quo.

Women, too, though––as a gender––have an important role to play. We need to continue embracing our own competence and confidence on an individual level. We need to continue advocating for ourselves and putting ourselves in the best possible position to acquire the respect and visibility we seek. We have to exercise our agency.

Here are a few ways you can start doing that in your own career.

1) Do your research and learn your craft.

To excel as a leader, you’ll need to be confident and educated in whatever sphere you’re working in. So it pays to be a student of your craft. Do your research. Know the history of your industry, your company, and its competition. Stay up to date with what’s happening in the industry––trends and tides––and form opinions around what direction you’d like both the industry and your company to move towards.

2) Research the demographics of the company of which you want to be a leader.

More logistically, teach yourself about standards in your industry, like what to expect as a salary if extended a certain offer, for example. Similarly, learn up on the reality of the company you’re working in. Does it have a history of elevating women into leadership positions? How about of giving women equal pay?

This information will avail a lot of things for you, such as whether or not you even want to be a changemaker for that particular organization at all. It will also help you advocate for things like equal pay or fair maternity leave.

3) Seek leadership positions that are fulfilling.

I’ve been a leader in a variety of organizations, from churches to record labels, and I can tell you that the role in which you’ll succeed most naturally is one about which you feel passionate and which brings you purpose.

The most satisfying part of being a leader is not the size of the paycheck, but rather, the sense validated every day that you’re doing something you’re supposed to be doing––something that brings you identity and happiness and that contributes to the world. Money cannot be your only inspiration. It will only take you so far.

This is how women who have become changemakers across history have prepared themselves for success. So, follow the paths blazed by those who came before us.

This will position you to excel, but perhaps more importantly, it will in turn set you up to become a mentor in your own right. It will, in other words, bestow you with your own wisdom and insight to share in empowering the next generation.