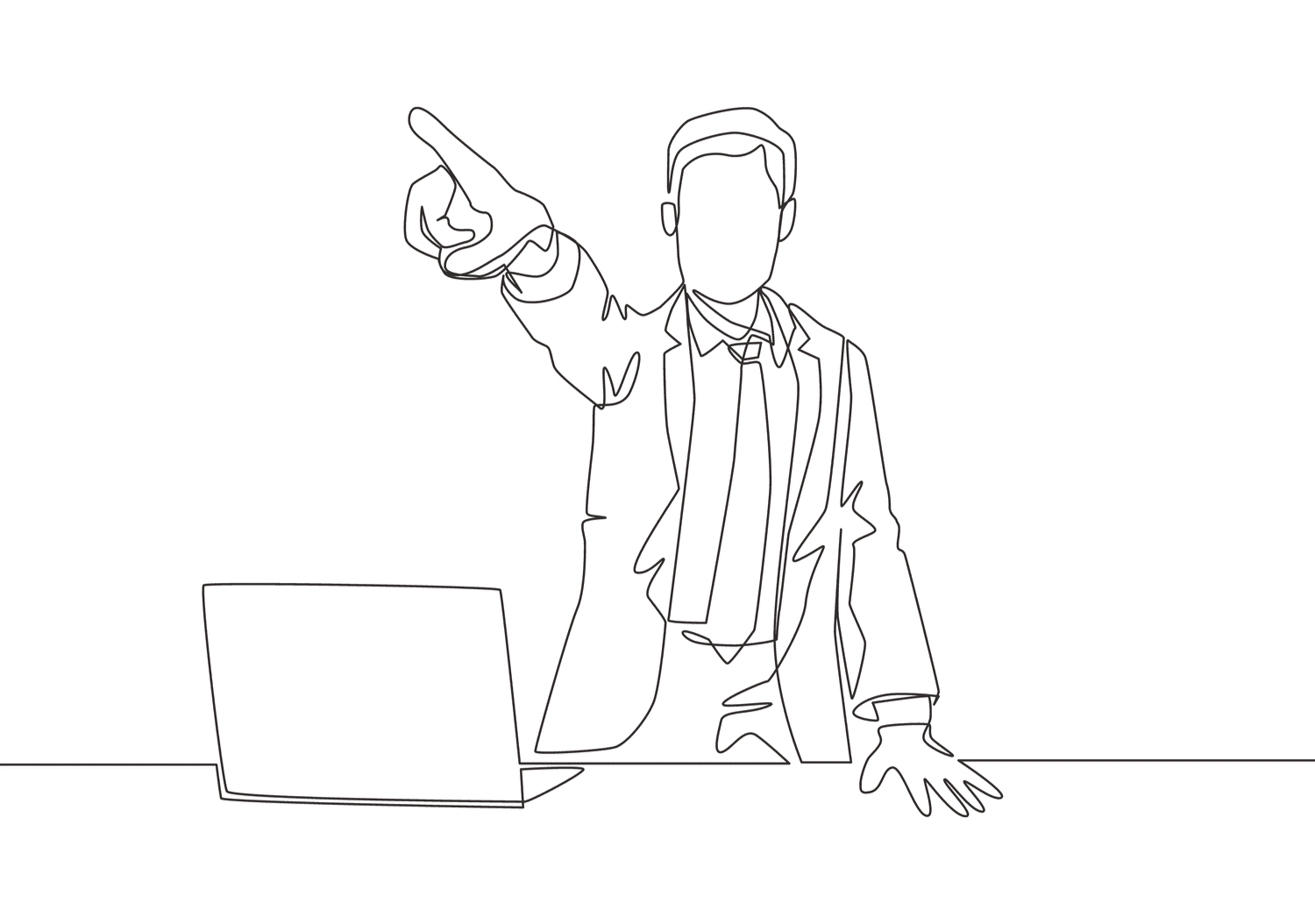 There are two predominant examples of management styles in the business world today—one is a problem, one is the future.

The first is what I call the “white male” style of management. It has a distinctly authoritarian feel to it, with one person at the top providing the answers and dictating what everyone else does each day. That individual tends to yell at problems, rarely checks in with his or her team, and is rewarded for tough love. It’s important to note that while not always the case, this person may statistically be a white man—72% of CEOs at Fortune 500 companies fit that bill.

What does work well in management relationships is a tenet of agile coaching that focuses on growing people and meeting their needs. It’s called “servant leadership.” Here, the leader isn’t a grand king presiding over subjects and issuing decrees. Instead, the goal is to ensure the people around them grow and perform to the best of their abilities. There are no demands—just flexible, authentic conversations. To me, this is the future of management.

Yet we continue to reward the white male culture management style—even when women and people of color are in those roles.

If we want to move toward the servant leadership management method, we have to understand how the white male model goes directly again creating the best possible workplace for everyone:

The ways we measure anyone who isn’t a part of the white male culture in the office eerily echoes current political campaign criticisms.

For example, a woman who demands straightforward answers from her superiors, or refuses to answer questions about her home life during an interview, is “bitchy.” But a man who behaves the same way is “commanding.” The problem with this view is that we lose great ideas from diverse experts if we’re conditioned to only accept new information from one type of person. And only one type of person is ever going to continue speaking if we make it impossible for differences to cross barriers.

One way in which servant leadership techniques address this is via individualization. Each team member is given the attention, space, and time to speak and be heard. Instead of succumbing = to generalizations and fast-paced assumptions, teams operate at a slower pace, giving rise to specificity—allowing for a deeper manager-team relationship with greater connection.

Men are far more likely than women to apply for a job where they only meet 60% of the qualifications.

The end result is that more men get hired for senior positions because the ratio of men to women who apply is skewed. Now, it may be fine to run a business with only one type of person, but companies stagnate when not fostering a diversity of thought—and there are studies that prove it.

Additionally, this double-standard creates a vicious cycle where similar types of people get leadership positions and diverse voices are frequently driven out.

To shift this dynamic, servant leadership management can be employed to create a more inclusive environment. In a 2016 analysis, researchers found that “servant leadership embodies an inclusive leadership philosophy that is in a position to facilitate feelings of belongingness and uniqueness among diverse employees.”

Instead of perpetuating double-standards, servant leadership addresses them head-on.

Servant leadership doesn’t mean kneeling at your employee’s feet, offering them grapes. It means attempting to see other’s perspectives—listening, empathizing, collaborating—instead of falling prey to a culture that argues over who is right. You try to come to an agreement together.

But they don’t teach this in school—the very notion of empathy is considered a weakness, even though it’s critical to building a great culture. I frequently work with clients who are entirely logic and data-driven. They do calculations, maximize profits, and ignore the human needs of the people they work with, creating a leadership style which puts profits over people. Employees don’t feel heard, valued, or fulfilled—feelings which are at the root of many of the problems agile coaches are called in to solve.

However, a 2014 study found that servant leadership built stronger relationships with the people in charge, and in return, fostered a greater level of creativity and innovation. By tapping into emotional needs and addressing their employees with a softer, more personal touch, leaders in this study saw better results from their team.

4. Talent spreads itself equally across the universe; opportunity doesn’t.

When it comes to diversity and inclusion in the workplace, a common response in white male cultures is, “I hire for qualifications, not for representation.”

Unfortunately, a common belief is that if more diverse candidates were “qualified,” they’d be in positions of power. This thinking is a fallacy because it doesn’t account for the inherent privileges rewarded and enforced in many organizations.

White men appear to have the most opportunity of any group in the country, so the balance is in their favor.

There’s a famous metaphor that explains how this works: Different groups of people are running a race but start at different points on the track. Everyone is running toward the same finish line, but white men simply start the race much closer to it than everyone else.

It’s not to say white men don’t work hard—they simply have an advantage over everyone else from the start.

Which is why it’s the responsibility of men in the white male culture to find ways to pay attention to voices not as easily heard as their own. If you are a white man reading this piece, I’d urge you to be cognizant of the power you hold and find ways to bring others forward with you. Consider the tenants of agile and servant leadership as you look for ways to focus on the needs of the individual and help your team live up to their potential.

Even if you get a head start, it doesn’t mean you have to cross the finish line alone.