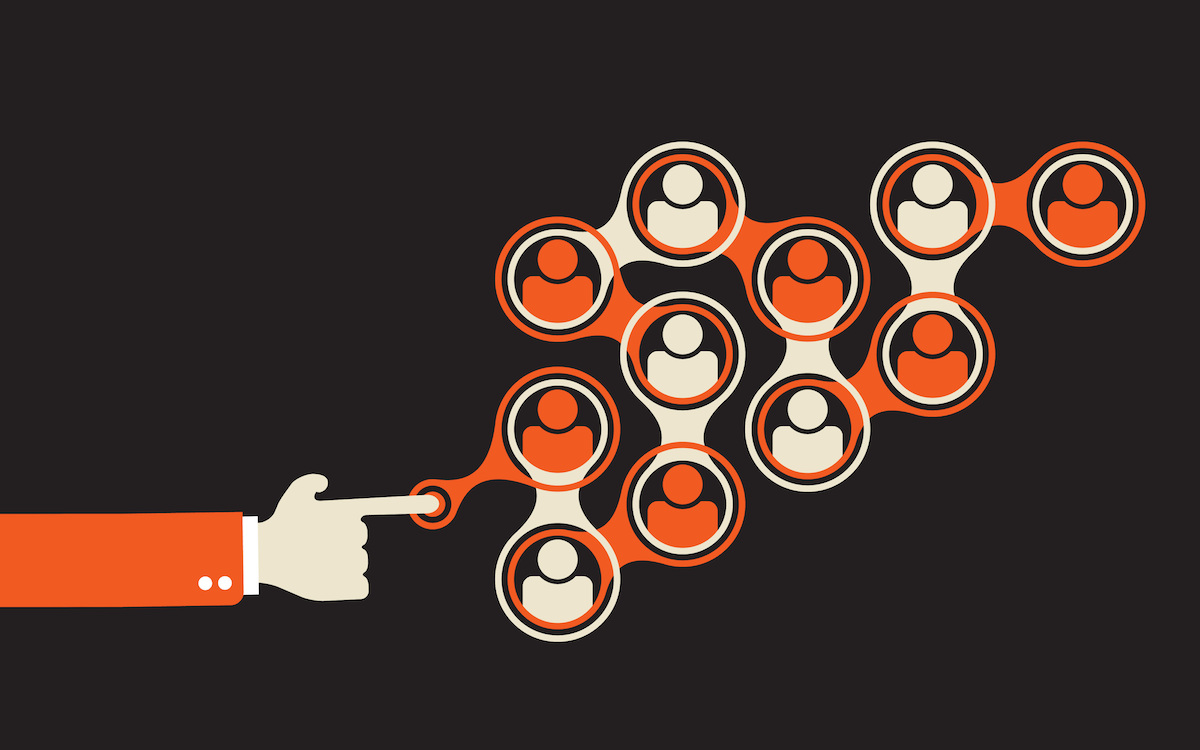 Entrepreneurs are often too focused on the “what” when they could—and should—be spending more time developing the “who.”

We’ve all heard the phrase, “It’s not what you know, it’s who you know.”

While it’s a bit of a cliche, it’s also true. Entrepreneurs are often too focused on the “what” when they could—and should—be spending more time developing the “who.”

As a busy startup founder or CEO, you have to learn to be an efficient networker. The challenge isn’t just building your network—though that’s also a key element to your success in the startup world—it’s finding ways to stay in touch with your most important connections.

Here are 4 of my best practices for creating a high-performance network.

This is much easier than it sounds.

When I started my company I did this in just two days, and came away with roughly 2,000 people that might be helpful in some way. Just write down everyone you remember from elementary school, junior high school and on to each stage of your life. Add columns for categories of how they could help. Mine were: 1. Potential hire, 2. Help me find people to hire, 3. Potential investor, 4. Help me find people to invest, 5. Potential customer.

The key here is to think outside your immediate network. Don’t put your most immediate connections, either professional or personal, on the list. They don’t count. Those people are already part of your network. If you ever need a job, advice, a recommendation, or introduction, they’re the ones you already have in mind, and they’re going to be thinking of you too.

The real value is in the next group of people that you know, but haven’t reconnected with in years, and who therefore are not thinking about you. It’s an old neighbor who was director of sales for a big company. It’s the friend from college who’s been in marketing for decades.

An email or a 10-minute conversation with them can take you from nonexistent to top of their list the next time a need arises.

I did this very exercise when I was founding Medrio, and while there were many benefits I received from constructing my own personal list of contacts, one relationship stands out to me in particular.

The first person I ever hired at Medrio came directly from my list. A friend of a friend was a computer science professor, so I asked him who he would hire if he were starting a business. He named the “best student I ever had” and this student ended up working for me for seven years and built the foundation of our technology. It cost me zero recruiter dollars and one follow-up email to find him, and he was able to do amazing things for my early-stage startup.

Bottom line: You never know who might be the person on your list that will introduce you to a new investor, job opportunity, customer, or superstar hire.

2. Once a month, grab lunch with someone you want in your network.

The easiest way to build your professional contact list is to dedicate time once a month to have lunch with someone.

Don’t just ask a coworker. Shoot for the moon.

And don’t allow yourself to get caught up in being nervous or second-guessing yourself. Realize that most people are more than willing to help, and love to talk about themselves. Give them the gift of listening.

Over the course of my career, I’ve been surprised at how easy it can be to ask even senior people for their time if done respectfully and with a transparent motive, like wanting to learn what it would take to reach their level of success. Ask the CEO of your company—or a company you are interested to learn more about—or ask someone you just read about in the newspaper, or someone whose job you want in ten years. I’m talking about someone really influential that you don’t already know.

Whoever it is that you think you want to have lunch with, just ask them. As long as you’re flexible in the timing and location, go for it. Why not?

3. Reach out to your network regularly.

Your network isn’t static. You have to actively maintain it. That’s why it’s important for you to develop a regular routine for reaching out to people you want to connect with or add to your network.

An easy way to do this is to set aside time every week or month to ping people. Invite would-be connections to your LinkedIn network. Or, if they’re already there, send them a quick note about what you’re up to or ask them what they’re up to. You can also send an email or make a quick phone call.

My favorite approach is simply to say that you have been thinking about them in some way. Maybe you remembered an article they wrote, or something they said that helped you navigate a challenging work situation. People love being remembered!

Do that with 10 people every month, and that’s 120 people over the course of a year that you’ve made a connection with. Over 10 years, that’s more than 1,000 people that will be better prepared to help you when the time comes.

No one wants to feel like they’re being used. When it comes to networking, it’s no different. You need to make it clear that your goal in reaching out isn’t to extract anything from your contact. The simple act of connecting is enough. Do this when you don’t need something, and when it’s not a crisis. It will make a future ask much easier.

It’s a strategy used by many successful people.

For example, one of George Bush Sr.’s best strategies as a president was to call presidents of other countries for absolutely no reason other than to say, “Hey, I want to check in.” When you call someone without a crisis and make it about them, they’re more likely to be there for you when the chips are down.

A lot of people imagine networking as some huge, time-consuming task. But if you follow these tips, it’s not. So don’t just say you’re going to network—schedule it to be sure it happens, and commit to something you will actually do, perhaps just an hour a week. There’s no excuse not to, and there’s a lot you stand to gain.

Once you establish a habit of reaching out to connect with other business professionals, it will naturally become part of your life. It’s yet one more skill you can learn to do better than anyone else to reach the top of your industry.