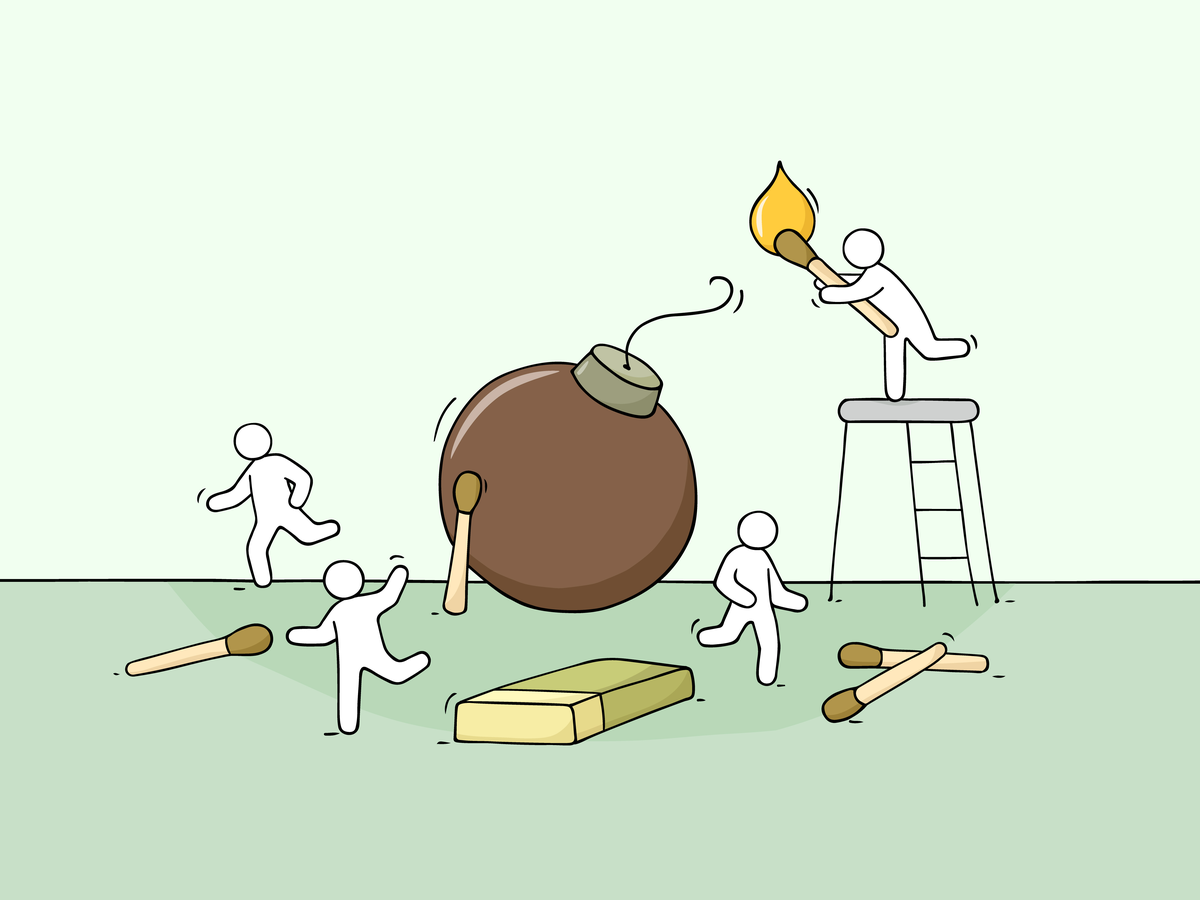 Founders often look at problems within a startup in a negative light.

Each new issue is a roadblock in the way of finding product-market fit or scaling the company.

But business issues aren’t always “bad.” All companies—from startups to corporate giants—run into challenges. Most of the time, they’re not the end of the world. They’re just obstacles to overcome on the journey.

In fact, finding a problem can actually be a good thing. Because once you’ve identified it, you can solve it. And by solving your problems, you make your company more efficient, more profitable, and more successful in the long run.

The real trouble arises when problems go unaddressed. At that point, something small that could have been easily solved turns into a larger, often intractable issue.

While advising other companies and startups along my journey, I’ve found it’s easier to see the repeat problems when working with many companies rather than just working on your own.

So here are the four business issues I’ve noticed to be both common and extremely dangerous if ignored:

1. Lack Of Planning And Strategy

Not having a strategy or a plan will snowball on you quickly.

The strategy is your roadmap for the next year or two. “We’re targeting this type of company, so we need to hire these types of people in order to scale before our runway runs out.” Once you have the strategy in place, you create a plan to execute the more granular details—how you’ll go about hiring the right types of people (in sales, marketing, product, and so on).

Most startups fail because they don’t have these roadmaps in place for getting to their overarching goal. They don’t think strategically about marketing, sales, or hiring—and that lack of foresight eventually catches up to them.

I’m not saying you need to have everything mapped out perfectly from day one, but you do need a strategy in place with clear goals and contingency plans for the business issues that will undoubtedly pop up.

Without both strategy and planning, it’s very easy for a startup to lose its way.

Hiring can make or break a company, depending on how leadership goes about it.

Some early-stage startups outsource the building of their technology to freelancers to avoid the cost of hiring a full team. And while there are certain cases where it’s fine to hire freelancers, building an entire company with them is extremely difficult.

On the flip side, startups that hire full-time employees often bring on too many people and under-utilize them. It’s tempting to hire people who are really good at one task before you have enough work to keep them occupied full-time. But that can lead to all kinds of office politics, as people start trying to steal work or take credit for projects because they don’t want to look like they aren’t doing anything.

When you’re hiring, carefully consider the work you need done and make decisions based on what will be best for the company right now and in the long-run.

3. Too Little Focus And Followthrough

It’s very easy to get “shiny object syndrome” when you’re running a startup.

You feel like the opportunities and possible directions are endless, and it becomes tough to maintain your focus on your original goal.

Look, sometimes you have to pivot. Sometimes, the market shows your current direction isn’t working and you need to make a change. But I’ve seen startups that pivot to a new idea practically every week. The founders are too easily swayed—usually because they didn’t have much of a strategy to begin with.

Those founders will often use Facebook’s “move fast and break things” motto to justify their lack of focus. The reality is, Facebook had enormous amounts of money and manpower to actually make that slogan work for them. That type of strategy doesn’t usually scale down to nine employees.

And unfortunately, a team can quickly lose faith in leadership if they have to constantly change direction. It begins to look like the people at the top don’t really know what they’re doing or what they want to be.

There’s nothing wrong with a pivot, but you have to make sure it’s based on sound data and reasoning—and it can’t happen every two weeks.

Overspending often derives from a lack of experience. The founders don’t have the right resources or connections, so they have to buy them. They spend money to access knowledge that someone with the right connections wouldn’t have to pay for.

Interestingly, it’s actually more common for startup founders to underspend. They feel as though they need to be extremely paranoid with every penny. And if they have funding, they can feel especially careful with money, which I can understand. But they should also use available funds to grow the business. If all that cash does is sit in an account, it isn’t helping the company—or anyone.

Business issues like these don’t have to cause chaos. Instead of panicking over every problem, acknowledge what’s going on and make changes accordingly. You’ll start to notice that each new issue you solve gives your company a jumpstart.