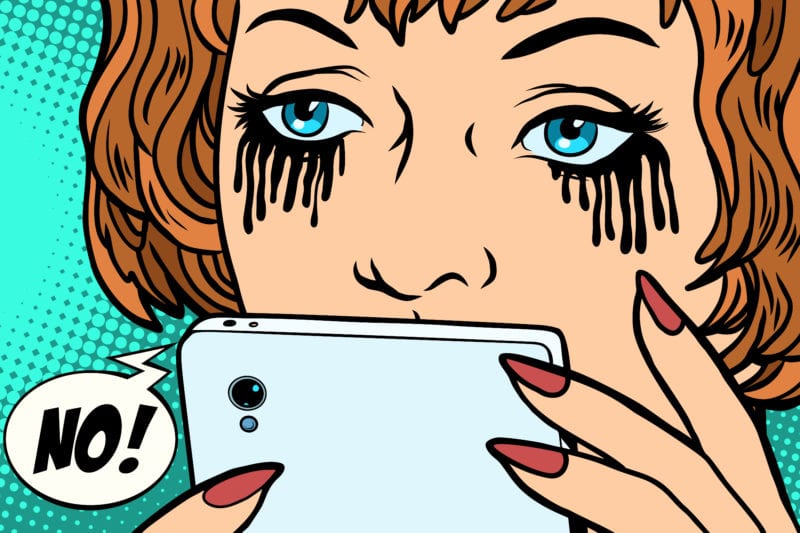 Slack has only been around for a little over 5 years, but the communication app’s signature “shhhtick-thunk-thunk-thunk” has invaded our dreams.

It’s on our computers, tablets, phones, ensuring we are always around and available regardless of whether or not our laptop is even open. Between weekend updates, productivity and workflow management, and whatever other “pings” need to happen, chances are you’ve heard that strange arrow-hitting-a-bamboo-wall sound a few hundred times a day.

And while it’s not like a social media platform in that you’re publicly broadcasting your thoughts to all 8 million daily active users, you’re still speaking to the majority of your company regularly.

The problem is, before Slack, we were conditioned to understand messaging services were for personal use. You already use Facebook Messenger, texting, iMessage, WhatsApp, and Snapchat regularly to talk with your buddies. If your boss sent you a Snapchat about a work question, that would feel weird. Not weird enough to stop you from screenshotting it and asking what that was all about in the morning—but still definitely weird.

Which is why Slack can blur the lines of what is and isn’t professional conduct.

It feels like any other messaging service on your phone or desktop, which may make it feel like it’s okay to carry that same conversational tone into what would otherwise function as an office. And the service is so new, there’s very little written on how you should or shouldn’t comport yourself. I mean, you can send gifs and react with emojis—that’s an invitation to express yourself truly, right?

Wrong, my friend. So wrong.

So, because no one else is going to tell you and I love nothing more than stomping on someone else’s parade, here are all the things you’re doing on Slack to make your coworkers hate you.

Look, gifs have become internet shorthand in almost every online space. They’re an incredibly powerful and complex way to express emotion without having to be face to face. So I’m not saying you can’t use them in Slack—just not for everything.

Did HR announce over Slack that your coworker is leaving? Don’t send the gif of David Tennant standing in the rain. Did your boss send you a note telling you your last post wasn’t up to par? Don’t send Alicia Silverstone in Clueless shrugging “My Bad” over her shoulder. “But Mel,” you whisper to the screen. “No one would do that, that’s rude.”

To which I say, rules exist because someone did it.

And while we’re here, let’s talk about how even in gif-appropriate situations your choices might still suck. If your coworker is celebrating their 2 year anniversary with the company, don’t send the first gif that pops up for the word “celebrate.” You may end up with that Jason Segal wiggle scene from Forgetting Sarah Marshall.

And you can pull that claim from my cold, metaphorically dead hands. Unless you’re trying to date your coworkers (which is HR’s headache, this isn’t that type of article) just don’t send it.

Do you feel like this guideline is smashing your creative expression into a thousand minuscule shards never to be recovered again by man nor beast? Then allow me to not-so-gently offer the male and female supervillain emojis that have been so painstakingly crafted for you by the team at Apple.

3) Everyone’s your best friend whether they like it or not.

Diving further into the overly-friendly theme, you can’t just run around Slacking everyone like they’re your most intimate bosom buddy. I don’t care if they’re your work wife. No one you know in a professional capacity needs to know how wasted you were on Friday or how bad Sunday’s date was.

And that goes for jargon or pet names as well. No one at work is your “bro/dude/babe/chiquita/boi.”

You know that killer joke about the [insert specific group here] that screwed in a lightbulb?

5) You send 10 messages for something that could be condensed into one.

We all have that one friend

And it blows up your phone because

they can’t be bothered to chill on the enter arrow

Same issue applies in Slack—but times 10. Sending a billion messages to communicate one thing makes you look like you don’t know what you’re talking about. So if you send your message too early or need to add something or just hate it altogether because anxiety is a helluva beast, then smack that edit button and adjust it. Voila, multi-enter syndrome conquered.

6) You @here or @channel for questions that could be directed at one person.

You might not know that the @here or @channel function in Slack sends a notification directly to everyone in public channels—either to everyone active or simply everyone joined, respectively.

So unless your question could actually be answered by literally anyone in the channel, don’t ask it there—or at least don’t use the tag that makes everyone’s computer get a notification.

Far be it from me to tell anyone to never ask questions. I am the queen of questions. But one of the things I’m guilty of is not always checking for answers on my own before pinging anyway.

Yes. I absolutely ask questions that could have been answered with either a quick Google sesh, or a trip back through old training materials. And the problem here is not that I’m asking for help, questioning a set rule, or tapping into my deep-seated vulnerability issues in order to improve my world view (Hey look! I’m not entirely alone! People will help me if I ask!).

Basically, it all comes down to respecting your coworkers’ time. Don’t waste it, and they won’t hate you—at least not because of your Slack etiquette.