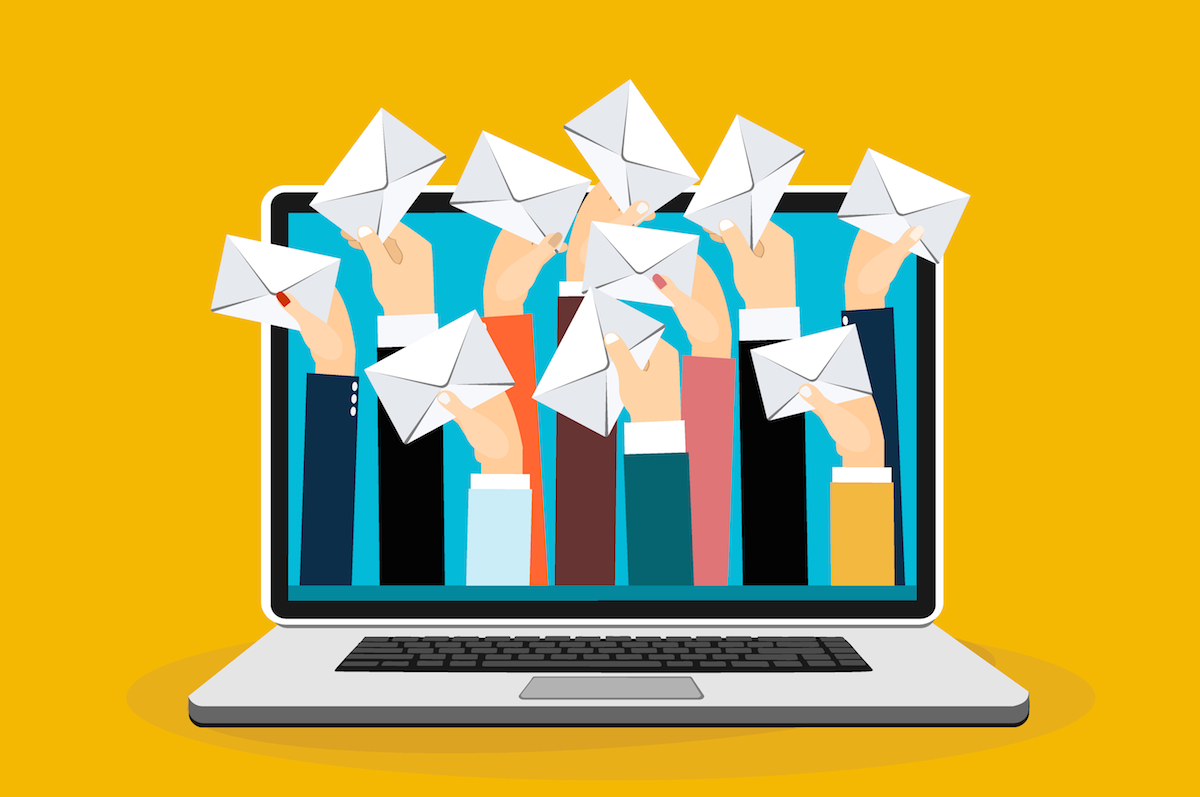 Slack has opened doors for new types of connectivity, and fulfills a wide range of functions within an organization.

Days before Slack was listed on the NYSE, Slack co-founder and CEO Stewart Butterfield shared his beliefs on the future of email in a CNBC interview.

He said, “Over the next few years, certainly over the next five to seven years…conventional email will phase out,” and went on to explain that companies will begin to prioritize messaging methods where employees can collaborate and direct message each other—as opposed to sending emails back and forth.

This is the big narrative the company has been using from the very beginning as their “guiding mission.” And for a company valued at $13.77 billion, it makes sense: a nimble, consumer-friendly messaging application overthrowing email—the age-old behemoth that has been around since the dawn of the internet. That’s an exciting narrative that investors, employees and customers can all get behind.

Unfortunately, it’s only telling one side of the story.

Slack is an incredible product, and the founding story is entrepreneurship at its finest. Butterfield, one of the founders of Flickr (which later got acquired by Yahoo), was originally working on a massively multiplayer online role-playing game, called Glitch. As the story goes, Glitch ended up not gaining much traction, and Butterfield had to accept the venture was a lost cause. However, instead of formally closing up shop, he whittled the team down to a bare-bones staff and doubled down on the one thing they had built that showed promise—an in-house messaging platform they’d used all throughout development: Slack.

Now, was Slack’s original rally cry that “email is dead” and Slack would be the messaging platform to replace it?

The messaging platform was aiming at a very particular set of use cases for workers. Today, Slack services more than 10 million daily users and 95,000+ paying corporate clients. Does that mean 10 million people no longer use email? Doubtful. If anything, Slack has opened doors for new types of connectivity, and fulfills a wide range of functions within an organization.

Here are the three most prominent ones, and terrific examples as to how Slack has helped accelerate employee workflows—but is far from overthrowing email altogether.

1. Workflow processes are expected to be adjustable based on circumstance.

For example, if Slack is your primary internal method of asynchronous communication, does that mean it’s the same medium your sales team uses to chat with prospective clients? Probably not. Is it the medium your development team uses to track support tickets? Maybe so.

We’ve officially entered an age whereby the relationship your organization conducts with a customer as a whole can no longer be conducted in isolation—or live in individual inboxes. By definition, this means email is far from the ideal choice for many internal business functions: real-time messaging, conversation tracking, project management, etc.

But it’s also a far cry from being “dead” altogether. Email services different needs than the ones Slack has worked so hard to improve, and it wouldn’t be feasible to conduct an effective relationship (internally or externally) exclusively using one or the other—especially when managing teams of ten or twenty plus people.

The truth is, we need both.

If we’re exclusively talking about managing a small team internally, Slack is a no-brainer. If we’re talking about managing a project being worked on by three separate teams, from three separate companies, now Slack has become a tool within a much bigger orchestra—most likely made up of email, project management software, Slack, and a handful of other software products. If one team doesn’t use Slack, then it becomes a task for them to familiarize themselves with the new product, integrate it into their daily workflow, and so on. Teams might even exchange cell phone numbers, or agree to always use the same Zoom link when scheduling video conference calls.

But all of these are communication extensions, and almost always, without fail, stem from a foundational conversation that occurred via email.

2. Communication in the enterprise space is changing dramatically.

It’s not uncommon for large organizations (500 people or more) to receive 200-300 emails per day, per person.

Enterprise email is terrifically inefficient. And for a long time, email remained the only viable way to communicate internally at scale—which led to hundreds of email chains with twelve or twenty people CC’d or BCC’d, 90% of which are messages of no real importance.

This is one of Slack’s largest opportunities as a company, and is the root of its paying customer base. Organizations have always struggled to find a more efficient and effective way to communicate, but were hesitant to use more consumer-friendly products like, say, Facebook Messenger, because that’s not the intention of the platform. After all, when you’re running a business, security and privacy is a big deal (and as of late, Facebook has struggled to uphold either).

Now, it’s a weak argument to say that Slack has magically made organizations more “productive,” because a never-ending stream of Slack notifications is, if anything, more intrusive and bothersome than an overflowing inbox.

That’s not Slack’s strong suit. Where Slack thrives is in having a way to capture and track more of the real-time discussions happening in a digital landscape—or at least, it’s a step in that direction.

With each step forward technology has taken, we’ve continued to move further away from a segmented world of communication, and so the goal (for everyone) is to eventually get all forms of messaging working together: your documents, your email, your Zendesk conversations, all in one place. This is one of the larger tech trends we actually spend a lot of time thinking about at Karbon, breaking email out of its “silo” and integrating it alongside all the other workflow mechanisms a team uses: task management, threaded discussions, etc.

In the sales world, this level of coordination is extremely common. You have your CRM tools, presale processes, tracked emails, etc. But very rarely do you see this sort of integration happen in the post-sales process, internally.

Slack has done a terrific job at owning its key areas of messaging.

It’s a bit of a “chicken or the egg” argument, but as we’ve seen, companies like Slack make distributed work even easier. As distributed work has become more popular, more people look to platforms like Slack to communicate—and so on, and so forth. And it’s the companies that cultivate the right balance between synchronous and asynchronous communication that are going to be highly productive and the most enjoyable to work with and for.

Products like Zoom, Trello, Mattermost, and Teams have all led to the effective distribution of people and teams throughout the world, allowing them to work towards common goals no matter the time zones. However, the rules, policies or cultures around what is acceptable behavior are an important discussion for the leaders of these organizations. They now need to manage how and when that communication is conducted, and what are the expectations of the people involved.

Automation, workflow, communication, and collaboration are some of the backbones of our enterprises today and for years to come. Managing that and abstracting the highest value for productivity with the balance of culture and reasonable expectations is actually not easy. The best organizations will manage these aspects with aplomb.