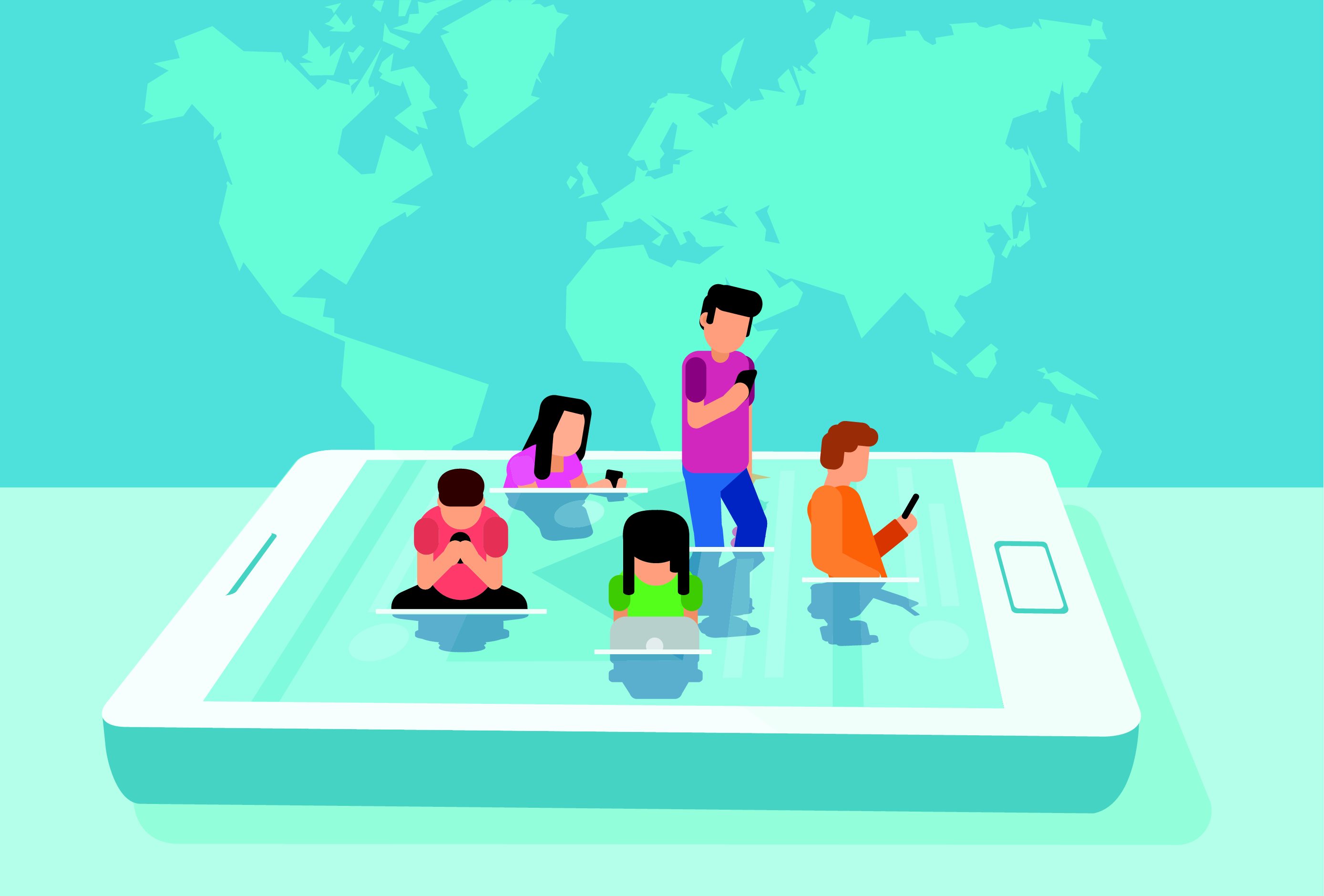 “Nothing is harder to do than nothing,” artist and professor Jenny Odell her recent book, How To Do Nothing: Resisting the Attention Economy.

Odell is right: in a world where value is measured by productivity, every minute is scheduled, every second optimized—even our free time. We interact with algorithmic versions of each other online and fastidiously create our personal brands. And while there may be a sort of “engineer’s satisfaction” in streamlining our lived experience, Odell writes, “a certain nervous feeling, of being overstimulated and unable to sustain a train of thought, lingers.”

And this is because deep down, we know that much of what makes life meaningful comes from interruptions and accidents—the “off-time” that technology seeks to eradicate.

Odell argues that by refocusing our attention on the natural world, we can undertake more meaningful forms of political action, reimagine our relationship to the environment, and develop better understandings of happiness and progress.

In other words, in an era where we’re attached to our devices 24/7, doing nothing may be our most important form of political resistance.

1. The Dark Side of the Attention Economy

In her New Yorker review of How to Do Nothing, Jia Tolentino makes a haunting declaration: “I carry my phone around with me as if it were an oxygen tank.”

Much of our current technology hijacks our attention and blocks us from meaningful self-reflection, curiosity, and community. Platforms like Facebook, Instagram, and Twitter take advantage of our natural interest in others and hunger for community and profit off them in a way that’s misguided and ultimately harmful.

But technology isn’t all bad.

Odell values the types of technology that serve as tools to allow us to observe our natural world and be more present. But she’s opposed to the way corporations buy and sell our attention—specifically, the “invasive logic of commercial social media and its financial incentive to keep us in a profitable state of anxiety, envy, and distraction.”

And who among us hasn’t been thrown into a state of jealousy or rage by a seemingly innocuous photo we see on Instagram?

In this vein, the late critic Mark Fisher deemed the temptation to check our digital messages a compulsion “akin to scratching an itch which gets worse the more one scratches.” Like all compulsions, it feeds on dissatisfaction. If there are no messages, you feel disheartened and keep refreshing. But if there are messages, you also feel let down. There are never enough messages. Even Facebook’s first president Sean Parker called the platform a “social-validation feedback loop” built around “exploiting a vulnerability in human psychology.”

Of note, Odell was raised in the Bay Area—the birthplace of Silicon Valley and many of the apps she condemns. It’s also one of the most geographically stunning regions on the planet. “Living between the mountains and this hyper-accelerated, entrepreneurial culture,” Odell asks, “I can’t help but ask the question: What does it mean to construct digital worlds while the actual world is crumbling before our eyes?”

Odell’s thesis is motivated by a “simple refusal” to believe that the present time and place is not enough.

This means refusing to determine value based only on productivity and professional achievement. It means pausing to think when social media encourages to react in real-time. And it means paying close attention to the ways in which social media manipulates our emotions, turns us into hollow versions of ourselves, and gaslights us into being reactionary out of fear and anxiety.

In place of current social networks, Odell re-envisions a social network composed of in-person encounters, hour-long walks with a friend, phone conversations, and town hall meetings. This new social network has no reason to keep us from logging off, because it respects our privacy and sensitivity, and it also encourages empathy, responsibility, and political innovation.

Rather, we should just shift our attention away from it. This means constantly denying the apps’ provocations—a difficult but possible feat. The goal is to refocus the mind so that it’s not disassembled and scattered in many areas without any meaningful thought or action.

And rather than a view of identity dictated by the personal brands we craft online, Odell pushes us instead to see the self as “unstable” and “shapeshifting”—determined by our interactions with each other and with the world.

3. How to Do Nothing

To “do nothing,” Odell explains, is to take time out of your day to engage in an activity without considering whether it is productive.

“Solitude, observation, and simple conviviality,” she writes, “should be recognized not only as ends in and of themselves, but inalienable rights belonging to anyone lucky enough to be alive.”

As a specific practice, she recommends “deep listening.” Coined by composer Pauline Oliveros, this method means listening to the sounds in the moment without trying to control, judge, or evaluate them. This includes sounds of daily life, nature, one’s own thoughts, and music. The goal is to become more receptive and reverse our cultural conditioning.

Take bird-watching, for example. In this activity, you don’t look for the birds—it is the opposite of looking something up online—and you can’t make the birds come to you. The most you can do is walk quietly or stand motionless, and wait for the bird’s call. After much practice, Odell was eventually able to walk into a garden and register the bird calls as if they were human speech, knowing which sound belonged to each bird without making an effort to identify them.

In a grander sense, we can shift our attention away from our devices and toward our biological and cultural ecosystems to establish meaningful individual and collective identities.

Odell concludes with an observation that she had been looking at her phone less. This wasn’t because of some fancy digital detox retreat or because she deleted the apps from her phone. It was rather because she was more interested in looking at other things—namely, the natural world.

It may sound precious, but her points are worth considering. And as we rapidly approach the singularity, Odell poses a powerful question: “Could ‘augmented reality’ simply mean putting your phone down?”