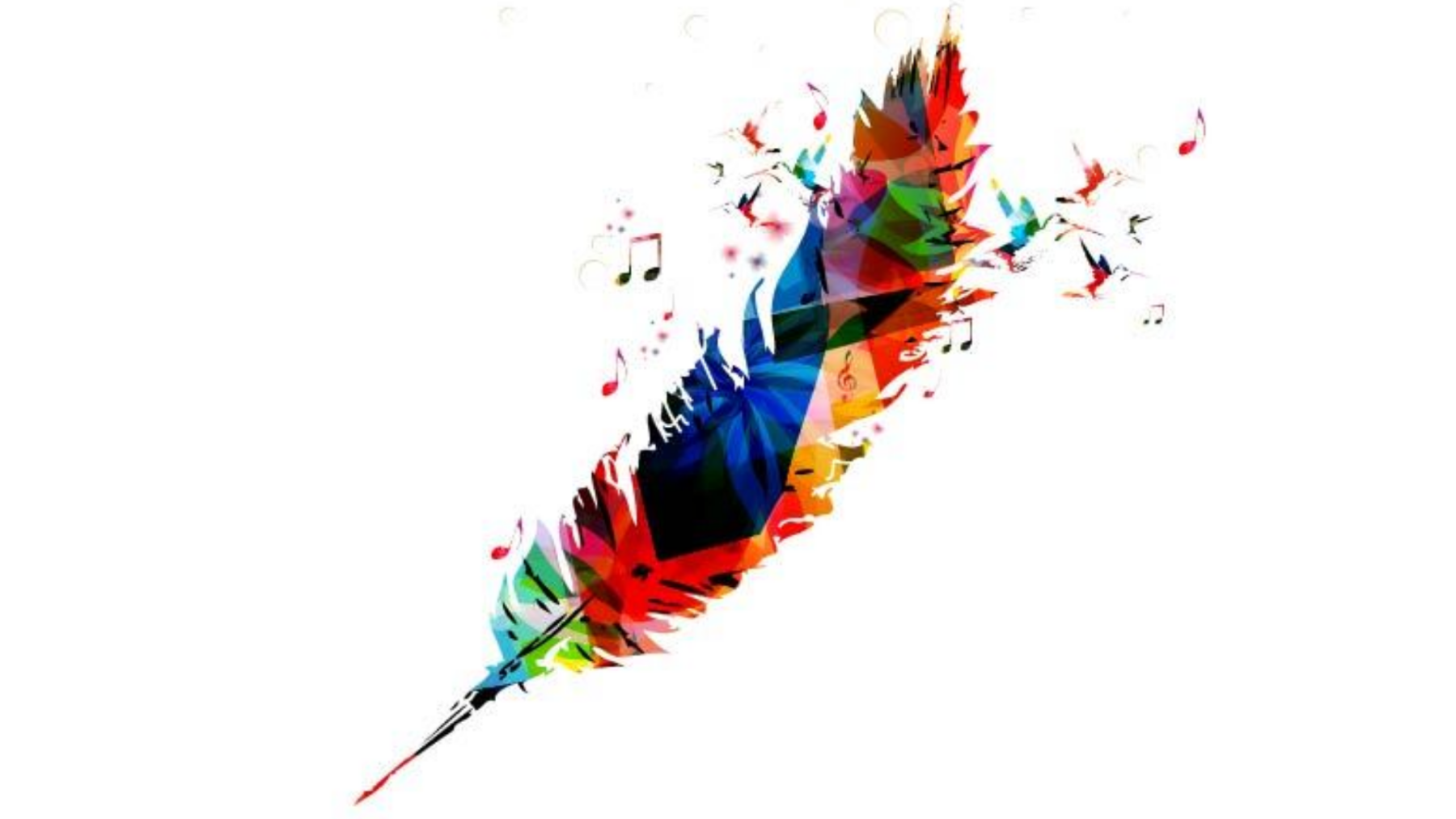 When I was 26 years old, I decided to quit my job and become a freelance writer.

At the time, I had no real aspirations of becoming an entrepreneur. I remember having breakfast with my boss and mentor at the time, giving him my 4-weeks notice, and him asking me if I was going to start an agency of my own. I confidently said, “No, I don’t think that’s what I want to do.” Only to end up starting a content writing agency six months later, called Digital Press.

In less than 12 months, we (as a company) crossed the 7-figure revenue mark, employed a dozen or so people full-time, had healthcare benefits, attracted two Silicon Valley all-star investors/advisors, and had established ourselves as the leading Thought Leadership writing agency for founders and executives. We’ve since worked with 100+ business leaders, speakers, NYT best-selling authors, Olympians, Grammy-winning musicians, VC firms, and more.

How? How did this happen—and so quickly?

The truth is, it didn’t happen quickly.

My journey of turning what I love into a business started 10 years ago.

When I was 17 years old, I wrote my first blog post on the Internet.

At the time, I was one of the highest ranked World of Warcraft players in America, and some of the top-tier gamers had started participating in this new thing called “blogging.” (Remember, this was back in 2007, way before blogging was cool—or even socially accepted.)

As a gamer myself, I started reading other gamers’ blogs between matches, or sometimes in the library at school between classes. I loved feeling like I could get to know the person behind the character, hearing their thoughts and perspectives on the game, and ultimately feeling like I knew them as a person.

So, one day I stumbled upon a brand new “social blogging” site for gamers, where anyone could create a blog and participate in the community—and it fascinated me. I’m not exactly sure how I came to this conclusion, especially at such a young age, but I realized that the gamers who had blogs (and “followings”) were the ones who stood out the most, and ultimately attracted the most lucrative opportunities. One of the most popular gaming bloggers at the time was also one of the first gamers to get sponsored by a major company. And in my head, I couldn’t help but think that it was the former that had led to the latter.

Thinking that blogging was my key to becoming a professional gamer myself, I started sharing my thoughts with the Internet on a daily basis.

And by the time I graduated high school, I had one of the first e-famous gaming blogs on the Internet with over 10,000 daily readers.

Over the decade that followed, I never stopped writing.

After my freshman year of college, I decided I didn’t want to become a pro gamer anymore. The game was changing. I was growing up. And all of a sudden, I was interested in different things.

The thing I kept with me, though, was my love for words. In college, I studied creative writing, poetry, and literature. I also got into songwriting, wrote raps in my notebooks, and journaled obsessively. Although I didn’t publish much on the Internet, I spent my college years doubling down on mastering my craft. My teachers were authors themselves, and I asked them constantly how I, too, could become a “successful writer.”

To tell you the truth, none of them gave me a great answer.

They all said, in their own ways, that “you don’t really make a living as a writer.” Which meant, if I wanted to turn this thing I loved into a profitable career for myself, I was going to have to figure that out by myself.

After graduating from college, I started working as a copywriter.

This is the part of the story most aspiring writers ignore—and they pay the price later.

For four years after studying the art of writing, I dug deep into the business side of things. The real reason I chose to work at this advertising agency downtown Chicago was because it gave me access to so many different learning opportunities. There were plenty of other jobs I could have taken, all of which would have paid me more money, but one of the founders of this agency had really taken me under his wing and become a mentor to me. He gave me endless opportunities to learn. He let me try my own ideas. He brought me to meetings, let me sit in on conversations way above my pay grade, and then after would answer any and every question I had about what I’d just experienced. By the time I decided to “take the leap” from that job, I had played just about every single role at this small agency: from entry-level copywriter, to client-facing Account Manager, to sales and business development.

And at night, I wrote on Quora.

While most other people my age would work for eight hours and then go meet their friends at a bar, I would take whatever new strategy we were deploying for a national brand, go home, and ask myself how I could apply that same strategy to myself as a writer.

My strategy was actually fairly simple.

I was 24 years old at the time, and I had just been exposed to two new concepts: content marketing and “being an influencer.” I was actually the first person at this advertising agency to show up one day, make the entire office watch a Vine video on my phone, and insist that we start thinking about this new thing called “influencer marketing.” My mentor loved it, and we immediately started building services around this brand new marketing trend.

What I did, however, was start asking myself how I could turn myself into an influencer. What did that look like for a writer? How does a writer become an influencer in today’s digital age?

That’s when I started writing on Quora.

If photographers and models had Instagram, and vloggers had YouTube, then Quora was the only social platform I knew of where people spent the vast majority of their time reading. So, knowing that I wasn’t going to just miraculously become “successful” overnight, I challenged myself to write one Quora answer, every single day, for a year straight—just like how I had challenged myself to write one new gaming blog, every single night, as a teenage gamer.

Consistency paid off. Not only did I become the fastest user to go from brand new account to Top Writer on Quora (in 9 months flat), but I had one of my answers land on the front page of Reddit and go massively viral, accumulating over 1M views. I also had more then two dozen other answers republished by major publications in those first nine months, including Forbes, Fortune, Business Insider, Inc Magazine, CNBC, The Chicago Tribune, and more.

Quora, as a platform, turned me into a “professional writer.”

After accumulating tens of millions of views on my writing, and landing a column with Inc Magazine, I decided to take the leap and become a full-time freelance writer.

Instead, I fell into the world of “executive ghostwriting.”

Founders of incredibly successful companies started reaching out saying, “Hey, you have a really great writing style. Do you ever help other people with their own content writing?”

And all of a sudden, mostly by word of mouth, I was writing five, six, seven articles per day, seven days a week, for a wide variety of founders and executives.

“I think I’ve stumbled onto something,” I said to my now-cofounder and longtime friend, Drew Reggie.

And that’s how we came up with the idea for Digital Press.

This is the process required in order to turn what you love into a business.

The above story says everything you need to know.

So, how do you do this, for yourself?

1. Ask yourself if “what you love” is a hobby or your desired career.

I’m going to be completely honest with you: turning what you love into a profitable career isn’t fun—at least, not in the way most people think about the things they enjoy most in life. It’s fun in the same way going to the gym and squatting for two and a half hours becomes “fun” after you’ve learned to love the struggle. But turning what you love into a business requires a completely different level of commitment—which is the reason 99% of people don’t.

2. Take what you love and pick a goal/target.

For me, I have always known that nothing less than “The Greatest Ever” would suffice.

The moment I decided I was going to make a living as a writer, I started aiming at people who had solidified themselves in history: Hemingway, Nabokov, Roth, literary titans who had stood the test of them. And then I started looking at the authors who, even if I wasn’t a fan of their work, had gone on to sell tens of millions of copies of their books: Tom Clancy, Dan Brown, Stephen King, James Patterson, and I added them to the “target list” too. And then I started looking at other industries, other types of writers: copywriters, self-help writers, columnists, journalists. Anyone who was at the “top” of their respective writing niche, I added them to my list. I studied them. And I set it firmly in my mind that I would surpass them. All of them.

The moment we started Digital Press, and I became an “entrepreneur,” I went through this exercise once more and looked for all the founders of companies similar to ours. I wanted to know who my competition was. And anyone that popped up on my radar, I started keeping tabs on them.

I have been writing on a daily basis for years.

Every single day, I remind myself of that target list I’ve had in my mind for years now. And every single day, I challenge myself to find time to write. Some days, I’m able to get four hours of solid writing in. Other days, the best I can do is a poem on my phone in an Uber or a restaurant bathroom. But no matter what, I try to write something.

One of the things I tell every single prospective client that walks through the door is that our entire process is based on lessons learned in the trenches. Digital Press isn’t some trendy idea we came up with on a whim. The same process we use with clients is, verbatim, the way I have become one of the most-read writers on the Internet.

That’s what people are paying for.

I really don’t like when people say that if you want to be a writer, you have to be OK with being poor.

The reason so few writers make any money is because they spend literally zero time learning about the business side of their industry. I don’t know if it’s entitlement or negligence or both. Whatever the reason, they feel like “the money” should just magically appear—and then they get frustrated when it doesn’t.

One of the biggest realizations I had while working in advertising was that people don’t buy products or services. They buy feelings, aspirations, emotions, and brands. They buy results and tangible benefits. They buy their future selves.

And I priced myself accordingly.

If you dig my writing style and want more stories and life lessons like this one, then I encourage you to read my monthly letter. Subscribed and loyal readers automatically receive digital copies of all my future books for free.