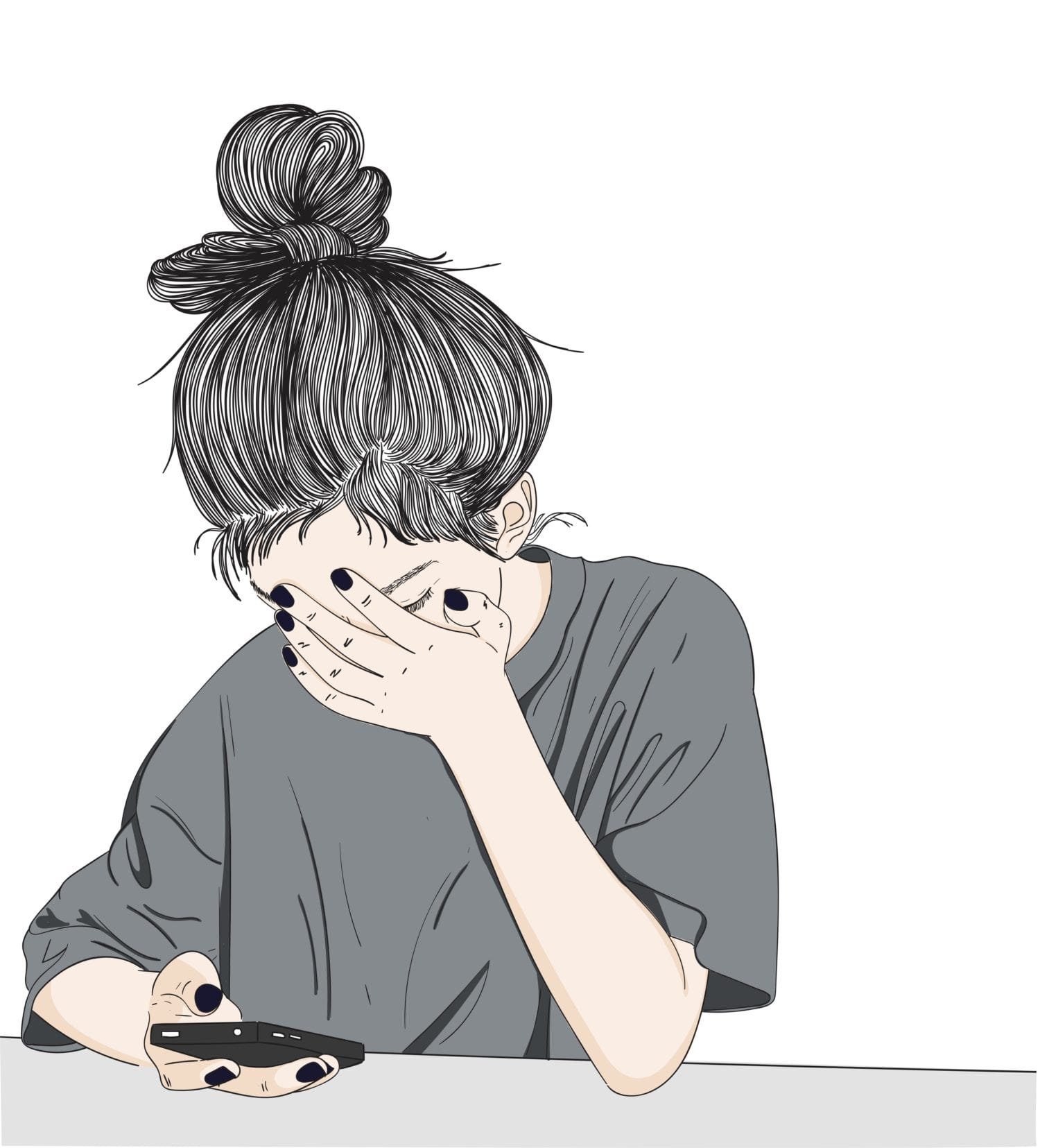 I sat up and closed Tik Tok on my phone, staring in disbelief at the setting sun outside my window. It had been bright outside when I sat down to give myself a “ten-minute social media break” after work. The goal was to relax and flip through my apps for just a few minutes, then start my personal writing. Now the whole evening had passed. Bleary-eyed, hungry, worn through, I decided to start dinner and go from there.

I didn’t get any writing done that night.

This had become my routine—work all day, social media all evening, maybe eat if I didn’t get entirely sucked into the vortex. Bedtime was more social media apps with Netflix in the background. I knew maybe I should use my time better, but I finished my work during the day and was getting enough sleep at night. I didn’t really have an impetus to change.

Until I got my screen time report the following Sunday.

I was spending more than 40 hours a week on my phone, with the majority of that time going to social media apps like Instagram and Facebook. Given that I already work a full-time job and pick up freelance assignments on the side, it was no wonder I was too wiped to ever work on creative projects—my third job was staring at my phone. If the old adage about spending 10,000 hours on something to become a master was true, then I was well on my way to being a black-belt level Tik Tok-creeping Instagram wizard.

But no one ever wrote an award-winning novel while staring at teenagers lip-syncing in cosplay.

So, I made the obligatory, “I’m taking a social media break text me if you need me” post, and deleted Facebook, Instagram, and Tik Tok off my phone (but not the actual accounts, I’m not insane).

I kept Twitter. Consider it my one cookie at the end of a day successfully dieting—you have to cave to an indulgence here and there during a restriction or you’ll binge.

I promised myself one month as a reset and then I could come back. What I learned in those 30 days was not what I expected.

I don’t have any idea what the number was before I took a month off, but even after a hard tech reset I’m still picking up my phone 113 times a day, according to the Screen Time report on my iPhone.

What I noticed during my purge was that I would pick my phone up 2-3 times in a fifteen minute period, stare at it for a moment before I realized there was nothing for me to look at, and then put it down. There are a lot of things in this world I love more than my phone and I definitely don’t poke, prod, or touch them that frequently.

2) I was way less stressed during the day.

I’m already someone who operates at a high stress-level regularly. I chose to be a single writer in one of the most expensive places to live in the country—almost the world. That comes with a certain near-constant level of adrenaline on its own. Throw in anxiety in just about every form and I’m strung tighter than a wire pulled by drag-racers in opposite directions.

But once I started limiting my screen time, some of that stress melted away. I was no longer constantly concerned with what everyone else was doing in the moment, but more importantly, I felt like I didn’t need to let everyone know what I was doing. And the ability to walk away from that validation was huge.

3) I was lonelier than I expected I would be.

Much has been said on writing as a solitary art. It’s something done in silence, generally alone, and with not much collaboration in the beginning stages. This loneliness is especially aggravated for me as I work remotely, so there is no office face-time to fill the social void. Once I took away social media breaks, I was really on my own.

After the first week, I deeply missed the digital noise of my loved ones catching me up on their day. So I leaned harder into direct communication than I had before. Lunch breaks were for sending love notes, checking in on weekend plans, and actually reading all those group messages.

Perhaps the most unexpected result of my social media purge was an improved sense of self-worth.

Remember the anxiety? The little voice in the back of my head telling me I wasn’t “as good as [insert person, place, or thing here]” was noticeably quieter—sometimes absent. I was able to walk away from social situations without the constant nagging of “you said the wrong thing” echoing in my head.

I looked it up and it turns out there’s a reason for this—without spending 40-plus hours a week comparing myself to others, I was helping reduce my anxiety over personal failure. I was soothing my need to be perfect around other people all the time.

The book’s not done yet, but I managed to bump my word count significantly. I also finally jumped in and finished a 2,200 word long-form passion piece I had pitched an editor months prior. All because I had the energy to make time for personal projects, and then actually engage with them.

And here’s where maybe my story ends with some dissapointment.

I ended up re-downloading social apps sooner than planned. While on a trip to the mountains, I remembered that my dog-sitter friends posted Instagram stories of my pupper to show me he was okay. And after getting worried texts about not replying to Facebook invites for movie clubs, birthdays, and other miscellaneous social gatherings, I ended up opening the good ol’ Social Network back up as well.

But, I’ve kept the benefits of my break, left the bad habits, and while I’m not topping any best-seller lists just yet, I’m at least on my way.