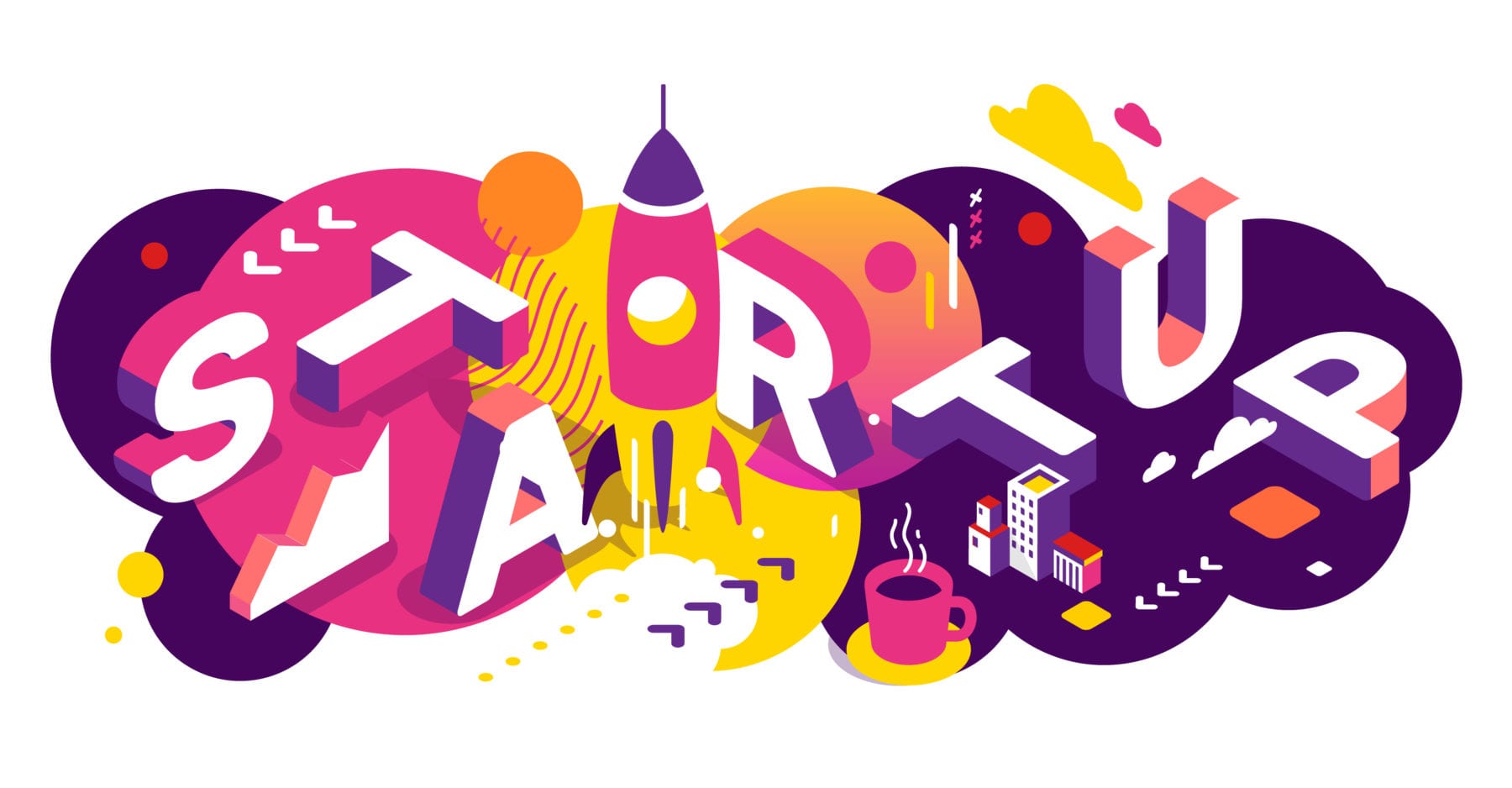 Starting a company makes you grow up very quickly.

It’s one of those things you don’t notice right away, because you’re so “in it” that the concept of time just flies by. But entrepreneurship can be so all-consuming that many of the things you learn about yourself, you don’t realize you’ve learned until much later—especially if you start your first company in your 20s. For example, even though you might not be emotionally mature yet, being a founder inherently means you have to play the part as if you are.

In my case, I started my first company when I was 24 years old. It was called theAmplify, and was an influencer marketing platform right as the term “influencer marketing” was starting to become a mainstream term. I’d just graduated college. I had no real idea what I wanted to do in life. I just knew I was ambitious and wanted to work for myself, so when I saw an opportunity, I jumped at it.

You have no idea what you’re doing at 24 years old.

You barely know who you are in the world yet. And my first year of entrepreneurship was basically one big exciting journey where everything felt new, and I had the entire world to conquer. There were no clear goals, no clear milestones or “exit strategies.” It was just me, trying to figure out how I was going to get our first big client. “I just have to get one person to potentially listen to me, to hear what I’m saying, and trust me,” I’d say to myself. And I worked relentlessly toward that goal. To just get one client.

All of a sudden, I went from being this kid with a startup idea to the founder of a high-growth company. I was thrilled, but I was also anxious. I wanted to turn up the volume and keep things moving faster and faster, but I also was aware of how much I was still learning along the way.

The next year, we grew by more than 500%. We were well on our way to an 8-figure business—meanwhile creating a few million in profit for the company. That second year was brutal. That’s when I had to start hiring more and more experienced people, people with families and kids. That’s when I started to realize that I was responsible for helping everyone I employed put food on the table. When we hit 16 full-time employees, that’s when it really hit me: all 16 of these people, and their families, were depending on “me.”

And that was a lot of pressure to feel as a 25-year-old.

I took my job very seriously. We had some people on our staff making a quarter million bucks a year—which is not a small salary to maintain. Keep in mind, I didn’t have investors. I didn’t have a piggy bank I could run to in case our bank balance got low. We were 100% dependent upon cash flow, and in our business, that meant living in a constant state of anxiety. We’d land these huge contracts, but many times we’d be dealing with payment terms that allowed these companies to pay months and months later. At one point, our monthly payroll was over $200,000. That’s a lot for a company that’s 13 months old.

By the time we’d really hit our stride with growth, I was so immersed in what I was building that nothing else mattered. I’d broken up with my girlfriend at the time. I only participated in social events if they were related to the business. And I worked. I just worked, and worked. Until, in the middle of 2015, I realized I needed to bring a partner into the business to keep things growing faster and faster—I couldn’t keep doing it all by myself.

At the end of the year, we received a letter of intent from the BrandTech company You & Mr. Jones.

For six months, we went through due diligence. And that six months of due diligence was probably the hardest part of the entire journey, because I felt like I had two overtime jobs: I was running and growing the business, and I was having a group of investors look at every single thing I’d done over the past two years, questioning every action I’d made as an executive, and deciding whether or not this was the right investment for them.

What made the whole thing so difficult was that I had no one to talk to.

I was making decisions as a 24, 25, 26-year-old, with no real external mentors or guides (aside from my father’s perspective  ).

Nobody was there helping me through all the “firsts” an entrepreneur encounters. I was largely making decisions based on whatever I thought was right at the time—which, at that age, isn’t based on much. Meanwhile, I was still trying to get new clients, train and manage employees, monitoring growth, playing CFO, the whole thing was a whirlwind. And eventually, things got so stressful that I ended up in the hospital for a few days because I’d had such a bad panic attack.

It happened right in the middle of a massive campaign we were doing for Ford.

Again, even though we were growing extremely fast, we weren’t a “cash-rich” business. We’d expanded so quickly that we needed to use most of our profits to pay for growth, which meant we had no cash in the bank.

So, as the story goes for many entrepreneurs, payroll rolled around and this big check for the campaign hadn’t come in yet. I kept calling them, and calling them, trying to keep my cool but realizing that the entire company was in jeopardy if I couldn’t pay my people. So I maxed out all our credit cards to pay people’s salaries. I had like seven dollars in my bank account. And as I was driving home that day, I just started crying in the car. My heart was beating so fast, I thought I was having a heart attack, and drove myself straight to the hospital.

It wasn’t until after I’d successfully exited theAmplify, about two years later, that I realized why that particular experience had affected me so much.

Aside from all the obvious things, like being in your mid-twenties and dealing with millions of dollars and dozens of employees relying on you to sustain themselves and their families, there was a deeper reason why I’d become so anxious that year of hyper-growth. And it was this fear of not being good enough. That’s what it really came down to. Yes, I wanted to succeed. Yes, I wanted to build a great company. But in that moment, the fear of letting other people down, of letting myself down, was so great that it was almost debilitating. And it’s taken a few years for me to really acknowledge and start working through those feelings as a human being, separate from just being a “founder.”

After I left the hospital that day a few years ago, something changed in me.

I came to this realization that if I was going to play the startup game at this level, I needed to treat it the right way. And part of that meant not taking everything so personally. This realization didn’t happen overnight, obviously, but I started really reminding myself that I was not the company, and this company wasn’t me—which was very, very tough. I had to continuously remind myself that I could not make this inanimate thing my identity, because it was becoming detrimental to my health, and putting me in a place where I was only hurting myself.

After theAmplify was successfully acquired, it’s not like everything got shiny and perfect. By no means was that the case. In fact, some things actually got worse. I was traveling more. Working harder. Managing bigger and bigger deals. When you get acquired, there are a lot of promises that get made, and sometimes those promises don’t get fulfilled. And so, as the founder, you start to really question, “Well, besides the cash, why did I do this deal?”

And that’s when this big life lesson really started to sink in for me.

At the end of that journey with my first company, I started to see how, even though I’d built the thing, that company wasn’t my entire identity. I would go on to build other things, have other interests, pursue other passions. And even though it was my entire life for five or so years, I could have done a much better job at separating how I felt about the business on any given day, and how I felt about myself.

I think this is one of the most important lessons a founder and serial entrepreneur can learn—and the sooner the better. But even for human beings in general, it’s important that we remember we are “more” than just the work we do, or the title we hold. Our companies and our job titles are not our entire identities. And the more we can remind ourselves of that, and create that separation, the happier we’ll be in the long run.