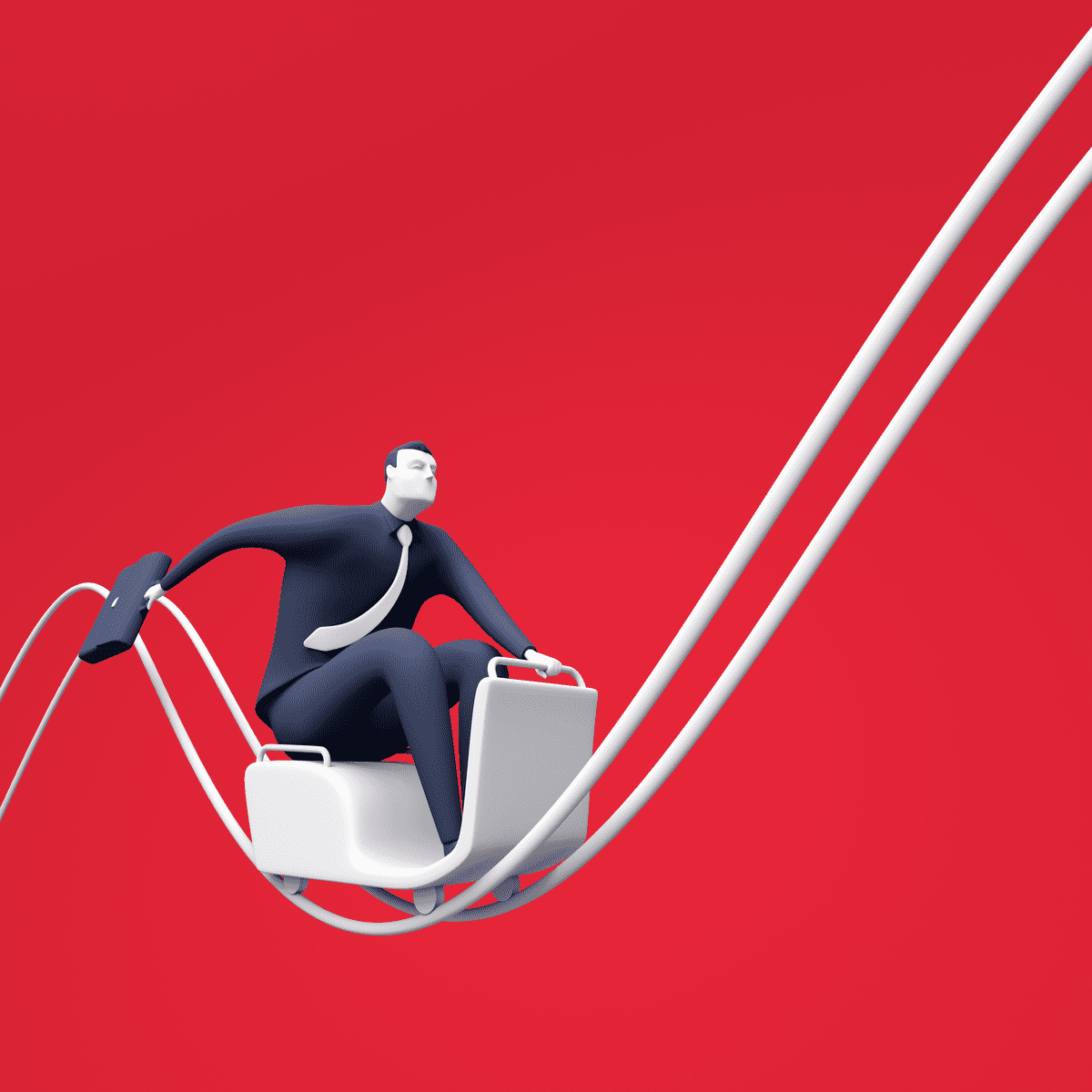 Entrepreneurship has been seriously glamorized.

Everywhere you look, people are extolling the values of hustling, grinding, and burning the candle from both ends. If you just put in the work, the story goes, you’re going to be riding in Lambos and rolling in money.

The reality is that entrepreneurship is an emotional rollercoaster—it’s either going to kill you or make you stronger. Most entrepreneurs out there are wrestling with this flux day-in and day-out. No doubt, the lifestyle can be exciting. The work can be incredibly fulfilling. But it can also be insanely stressful at times.

If you’re going to build your life around your company, you have to learn about the ups and downs, and figure out a realistic way to keep yourself from flying off the tracks every time you hit a peak or a valley.

After starting my first of many businesses nearly two decades ago, here’s how I’ve learned to think about it:

You’ll feel every type of emotion at some point.

There are so many dualities to the emotions you feel as an entrepreneur.

Victory and defeat. Passion and hate. Bliss and stress. You’re going to be bouncing from one side to the other regularly in the early days.

Some days you’ll feel an amazing sense of independence.

You’ll get that rebellious feeling that comes with stepping outside a normal nine-to-five job and making it work. “I got the client. I won this pitch.” Nothing feels better.

Other days you’re going to be seriously stressed.

A rejection might stir up anxiety about whether you can actually make your company work or not. You’re going to have sleepless nights and frantic thoughts about what the heck you’re even doing.

So you have to learn to look at emotions more objectively.

If you lose yourself in those peaks and valleys, you’ll wind up completely drained. To avoid exhaustion, you have to learn to be less reactive.

I’m not saying you need to rid yourself of emotion and never take any joy in your accomplishments as an entrepreneur. But when you’re riding a hot streak, you can’t get cocky. And when you’ve been rejected ten times in a row, you can’t let it destroy you.

Personally, whenever I lose a pitch or miss out on a client, I immediately think about what I’ve already accomplished and the number of times I’ve succeeded. It helps me stay balanced in that moment of doom and gloom.

You can even look at it from a more analytical angle—it’s a numbers game. You can increase your odds by honing your skills, but you’re still going to get rejected sometimes. All that matters is how you deal with that dismissal.

Brace yourself to handle rejection.

I can’t stress enough how important it is to handle rejection well.

If you had a 100% success rate with pitches, you’d be the wealthiest person alive. Obviously, tha not going to happen.

In the words of Seneca, “A gem cannot be polished without friction, nor a man perfected without trials.”

Of course, you’re going to make some mistakes along the way, but the only way to get better is by learning from them. When you get rejected, take a step back, analyze what you could have done better, and then move on.

That last part is important.

Dwelling on rejection past the point of analysis won’t change anything. So you didn’t sell them on your product. Well, the earth revolves around the sun, and zebras have stripes. It’s just the way things are.

Quit worrying about the facts, and start thinking about how to improve your pitch.

Create a routine for internal work.

Every entrepreneur needs to have a way to center themselves and handle the pressures that come with setting out alone.

For me, that means meditation and visualization. I practiced martial arts growing up, and that was where I learned a lot about discipline, respect, and the importance of being humble. Mediation is a part of martial arts, but I ended up adapting it to what I do in the business world.

When I started in sales, I visualized myself being more approachable, being more effective when I was pitching. It was my way of de-stressing and doing internal work.

But as much as I’d love to say that was all it took to keep my emotions in check, it isn’t true. Sometimes, you’re going to need more than you can offer yourself.

Look beyond yourself to build a great support network.

I had to learn this one the hard way.

When I first started out on my own, I thought I had to take every bit of work I could get my hands on. I chose to be the cheapest option to get the most work. Of course, I eventually learned that I should be doing the opposite—being selective with clients, charging more, doing great work.

But of years as an entrepreneur were rough. I was under a lot of stress. I lost weight. My stomach was killing me. And finally, I realized I was just sick and tired of being sick and tired. I was like a plant dying to get a little sunlight. Fortunately, I figured out what I needed to do.

I had to talk to people who knew what I was going through.

So, I started looking for like-minded people—other entrepreneurs who were in the same boat or had been there before. It changed everything for me to be able to talk to people who knew about sleepless, nerve-wracking nights.

The stereotype of the entrepreneur is a lone-wolf genius grinding 24/7. And like a lot of the cliches about entrepreneurship, it’s not only wrong, it’s unhealthy.

Striking out on your own can genuinely be the most rewarding experience of your life. I wouldn’t trade it for the world.

But just like any rollercoaster, you’ll have a lot more fun if you’re not riding it alone.