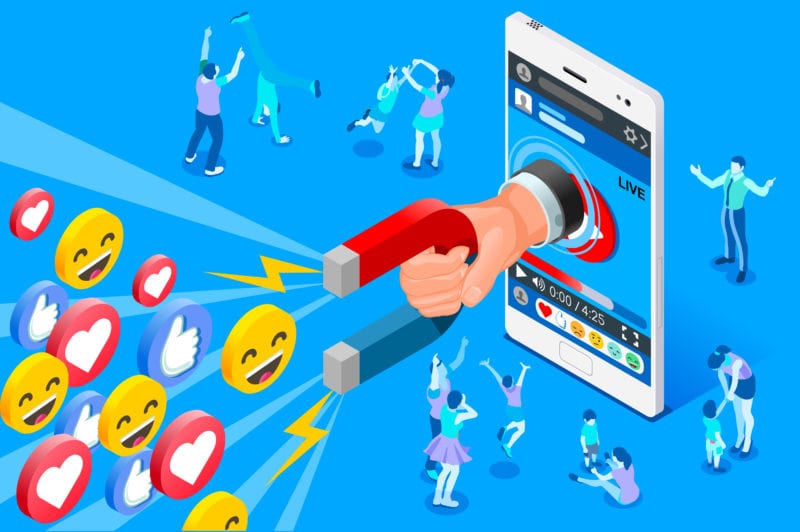 Nowadays, everyone wants to know how to become a Thought Leader.

The strategy is actually pretty simple: add value to your industry by sharing what you know on a regular basis.

The goal is for people to recognize you as an industry authority, leading the charge in your space. Sharing personal experience stories and giving advice about your area of expertise—which, coming from a leadership position, is unprecedented value to peers and industry newcomers alike—is how to make that happen.

Frankly, a lot of people understand that formula. Following it isn’t the hard part.

The hard part is knowing where to broadcast your content.

Aside from pushing out valuable content on a regular basis, Thought Leaders need to build a following, gain more exposure and generate consistent views, shares, comments—which takes tons of time and effort. Imagine if you’re spending all of those resources on the wrong platform, in front of the wrong audience?

If your most valuable insights wind up in the wrong places, your path to becoming a Thought Leader will be even more of an uphill battle than it already is.

That’s why so many industry leaders miss the mark when it comes to Thought Leadership marketing.

Again, most people know the benefits of becoming a Thought Leader and know that adding value is the key to compelling content, but they have no idea where to publish. And when they’re not seeing much of a return for all of the time spent trying to position themselves as influencers, they end up losing faith in the process altogether.

Fortunately, there’s a platform with hundreds of millions of visitors who not only appreciate valuable content, but thrive on it.

For those unfamiliar with the platform, Quora is an online Q&A community with hundreds of millions of users. Anyone can create an account for free and contribute to the Quora community by asking a question or answering an existing one.

It’s an SEO powerhouse and extremely conducive to long-form written content—the type of content successful Thought Leaders use to establish their influence. And with power players like the CEO of Invento Robotics Balaji Viswanathan, marketing guru Gary Vaynerchuk, and 44th U.S. President Barack Obama all actively using Quora, it’s about time you utilize the site for your own Thought Leadership strategy.

Here are a few ways Quora can increase your influence:

If you want to be recognized as an authority in your industry, you need an audience.

Quora is the place to build it.

The site has 200 million unique monthly visitors and over 100 million active users. Every day, millions of visitors and regular Quorans interact, asking questions, finding answers, or simply educating themselves by reading.

Beyond that, Quora is an extremely user-friendly platform. You’re able to follow topics based on what you know and what you’d like to know more about. Your feed is catered to your interests. And with tens of thousands of questions being asked on a daily basis, you have the opportunity to join conversations in your industry—and start new ones—where millions of people are already talking.

For example, let’s say you’re the founder of a tech company and want to generate buzz around your business. What makes more sense from a marketing standpoint: pitching a byline for a one-off piece Forbes piece, or directly contributing to Quora’s Technology network of 53.4 million people?

Even if you’re a company leader in a relatively unheard of niche market, there are plenty of opportunities to add value by contributing answers to general questions like:

What are the biggest lessons you’ve learned in the corporate world?

6.4k people are following this question.

What is the best advice for a young, first-time startup CEO?

5.7k people are following this question.

Even a question as simple as, “What is one thing I can learn from you today?” has over 2,000 followers.

If you’re serious about separating yourself from competitors and are looking to build an organic following, you need to leverage Quora.

I’m a writer on Quora and have been an active user since 2016.

I’ve personally answered over 200 questions on the site and have interacted elsewhere by asking questions, upvoting great answers, and commenting and sharing compelling content. But as of late, my work and personal life have gotten in the way of writing, and I haven’t been able to publish very much on Quora.

Yet, I still have over 60K views in the past 30 days—which is currently my average monthly viewership.

How is this possible, if I haven’t been publishing a lot of content?

Like any site, Quora is constantly looking for ways to generate more traffic.

Quora bots search for answers that are well-received, pushing that content to the top spot underneath a question that’s been asked.

For example, I’m big into nutrition and took it upon myself to answer a question regarding the dangers of sugar consumption. There were over 100 answers to the question already, but I decided to go ahead and share my personal story anyway. My answer was extremely well-received (600k + views), and it’s now the first answer that appears under the question, “How dangerous is sugar to our health?”

On top of this, Quora merges similar questions, bringing the followers of those questions together. This creates a huge opportunity for organic exposure, especially for FAQs like the ones I mentioned a bit earlier. I still generate regular views on my ‘sugar’ answer because people are constantly asking new questions on the implications of sugar on our health, which end up getting merged into the question I’ve already answered. So every time someone asks about sugar on Quora, my views go up.

But that’s not the only opportunity for exposure.

Aside from everything that happens directly on Quor, there are a few key ways to reach a large audience that happen off the site.

What most people don’t realize about Quora is that they have columns on major publications—and they’re constantly looking for originally material to use on those columns.

Don’t believe me? Here are a few:

All of the content used for these various columns originated as Quora answers. And when you’ve been published into one of their columns, those credentials appear on your Quora profile, like so:

And if all of that isn’t enough, the Quora publishing team puts out regular digests, sharing the best content on a regular basis. A few of my answers have been sent to digests of 10K, 500K, and even over 1,000,000 people.

If exposure is what you’re after, make Quora your best friend.

When it comes to written content, marketers and PR teams first think to pitch bylines to popular columnists on major publications. But aside from being able to say, “I’ve been published on Inc.,” there isn’t much of an ROI—the average number of views per article on Inc. is less than 500. Plus, anyone can say they’ve been published in Inc. or Forbes

In fact, very few platforms produce a positive ROI for paid media on a consistent basis.

The site recently launched its paid media platform, giving users the opportunity to boost their answers for higher engagements. And unlike Facebook or Twitter, you don’t need to forfeit a ton of dough to reap the benefits. A little goes a long way.

Putting $5 behind a well-written answer to a question with a large following can generate 5,000+ views, easily. What would you rather do: pay over $1 per view for an Inc. feature, or pay 1/10th of a penny per view on Quora?

The answer is clear.

Five to 10 bucks on Quora can potentially land you 10x the amount of views a columnist at a major publication can get you, for one 100th of the price.

If you want to become a Thought Leader, using Quora is a great way to get your name out there—and it practically guarantees a positive ROI.