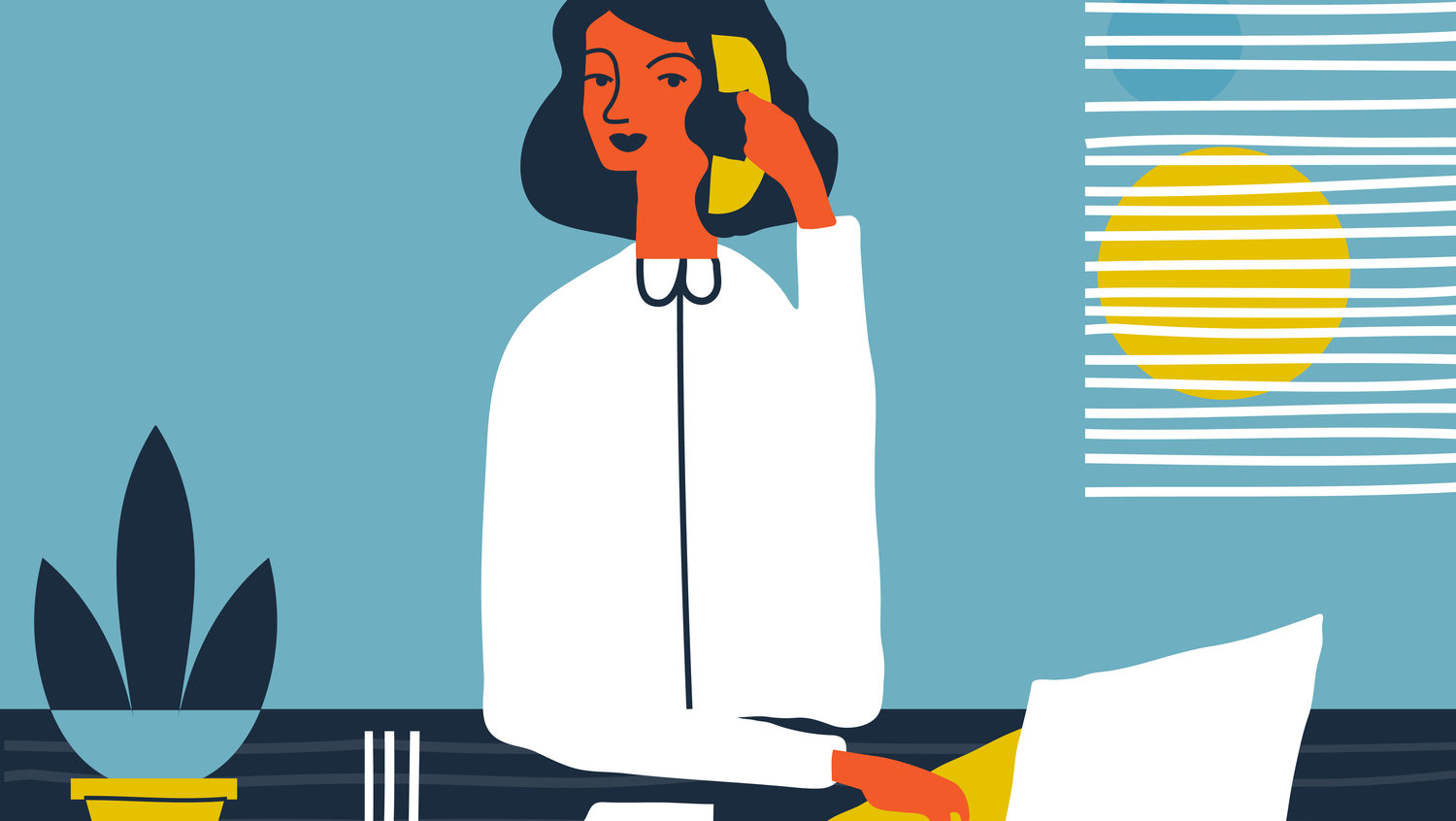 In the 1990s, I was working at Claris, an Apple subsidiary, when I learned I was pregnant with my daughter.

Our CEO, the late, great Bill Campbell, surprised me with a coach to help me anticipate the inevitable chaos that was bound to ensue once I became a mom. Executive coaching was typically reserved for higher-ups, and I was just a product manager, so this was an incredible gesture.

While I didn’t know it then, one story the coach told me would change my approach to work for the rest of my career.

She told me a story about a friend who moved to New York City to find a husband.

This young woman had decided that New York was the best place to meet Mr. Right.

So, she got a job as a receptionist at a media company there. She was on the ball and did great work. As dedicated as she was at her desk, she’d always leave at 5 p.m. to give herself time to meet a husband. In her mind, that was her real job (it was a different time!).

This receptionist was so impressive that, when an executive admin role opened up, they offered it to her.

Her manager was shocked. But the new role required long hours, and the receptionist wasn’t going to budge on her commitment to spending her after-work hours looking for a husband.

The company tried to find someone else. But when months went by and they couldn’t fill the position, they gave her the job—on her terms.

As an executive admin, she continued to excel, busting her butt from 9-5 every day—but never a minute later.

Her career continued this way. She kept receiving promotion offers but wouldn’t compromise on her 5 p.m. stipulation. Repeatedly, the company balked, and then obliged. Her work was just that excellent.

And guess what? She eventually became editor-in-chief of the publication, and a wife and mother. All without working past 5 p.m. Wow, I thought. From receptionist to editor-in-chief, all through excellent work completed during limited hours.

In an unexpected twist, I ended up recreating this story after I had my daughter.

When my baby was just a few weeks old, a successful entrepreneur who was launching a new company asked me to serve as his VP of marketing. But, as a new mother with a nanny who left at 5:30 p.m. sharp, I said no. This had nothing to do with remembering the story. I just couldn’t commit the necessary time to launch a startup.

Believe it or not, a similar storyline unfolded. He eventually convinced me to join him, insisting he’d dismiss me at 5 p.m. sharp.

I really didn’t like leaving at 5 p.m. when everyone else worked long hours. The first year I was there, the engineering team had to decide whether to take off Christmas or Thanksgiving. I took both.

I’m a pretty dedicated professional, but once I became a mother, that became my most important job.

I began by shifting my perspective on time, because work expands to fit the time you give it. I decided I could—and would—get everything I needed done by 5 p.m. This was a significant change in my mindset.

I ruthlessly prioritized what was most important. And focused on doing the work that mattered really, really well.

Sometimes it’s tough to determine what is and isn’t essential. Think of it this way: What will move the needle on your business three months, six months, or a year down the line?

After all, you only measure results—how many units you sold, how many awards your product won, how many customers you served. You don’t measure how much time you spent in meetings and responding to emails or how many projects you completed.

To maximize my time at work, I never took a lunch unless it was to discuss something important with a customer or colleague.

I learned to schedule everything—not just meetings—and time-bound each task. I decide how much time a particular task is worth and mark my calendar accordingly. When the time is up, it’s up.

Before I became a mother, I was that person who’d turn the office lights on and off at the beginning and end of the day. When something was on my mind, I’d hustle to work at the crack of dawn, and often wouldn’t head home until 7 or 8 p.m. I enjoyed the long, challenging days. Working this way made me think it wasn’t possible to work 9-5 and get everything done.

Of the many lessons becoming a mom has taught me, one of the best is that you can. When necessity drives you to prioritize thoughtfully and place time boundaries on your efforts, you can pack a lot of quality work into a day! I still use many of these strategies today at the startup I co-founded, NakedPoppy, even though my kids are grown.

Really, I just became extremely efficient when motherhood forced the adjustment on me. I had to. It’s one reason I love working with moms—I think they’re the best prioritizers in the world.