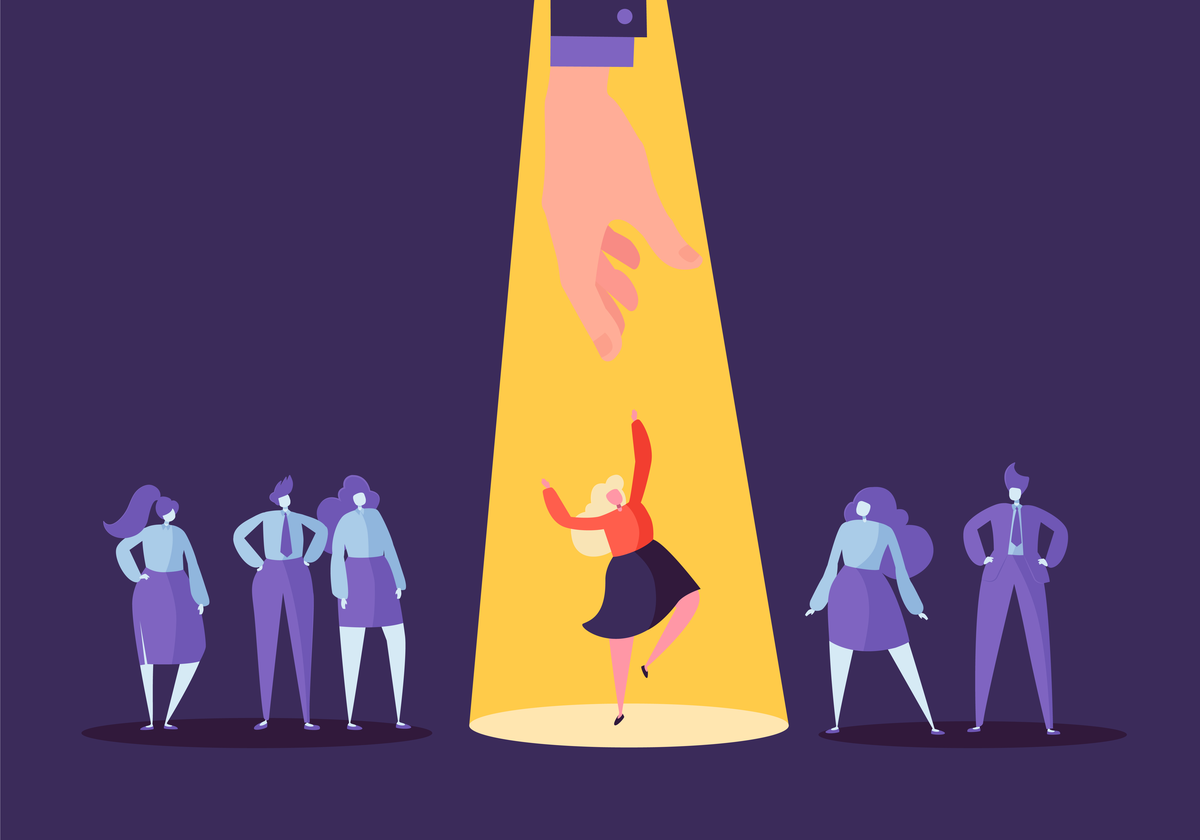 This mindset isn’t about arrogance. It’s not about saying, “I’m the best. Give me a job.”

All of the best actors, athletes, and musicians have one thing in common—agents.

They all have someone in their corner who advocates for them and fights to get them great jobs for the most money.

While I know most of us can’t simply call up an agent, we could all use someone who will advocate for our skills, experience, and determination when it comes to the job hunt.

That’s why when you’re job searching, the most important thing you can do is adopt the mindset that you’re both the talent and the agent.

This mindset isn’t about arrogance. It’s not about saying, “I’m the best. Give me a job.”

Instead, it’s about being your own advocate by thoroughly examining a role and candidly telling the hiring manager, “You have an open position, and I have the skills to perform that job. Let’s talk about it.” You’re positioning yourself as an equal and speaking to your value.

Here’s why adopting this mindset is essential to finding the perfect job:

It helps you stand up for yourself.

Being your own advocate means standing up for yourself and approaching the interview process as a peer instead of a junior employee.

Not long ago, for example, a candidate told me about working with a recruiter on the west coast but having an interview at the company’s offices on the east coast. When he showed up the morning of the interview, the door was locked. But he had no one to contact about it because his west coast recruiter wasn’t even awake yet.

By the time someone came to open the door, he was 20 minutes late for the interview. The locked door situation wasn’t communicated to the hiring manager, who proceeded to treat the interview very nonchalantly because the candidate was late.

Now, if the candidate were acting as his own advocate, he would have spoken up, told the hiring manager the whole story, and then reiterated his interest in the role. They both could have laughed it off and got down to business.

That’s the goal when advocating for yourself: treat the hiring process as a level playing field. You have plenty to offer, so stand up for yourself when you need to.

It enables you to focus on your value.

When you adopt the mindset of acting as your own agent, negotiation also becomes easier.

A salary or benefits negotiation is about how much your time is worth. It’s not a game, where the two sides see who ends up with a couple thousand dollars more. It’s a very realistic appraisal of what your skill set and abilities are worth.

And a great agent always walks into a negotiation with a firm understanding of what his or her client is worth.

If you’re going to be your own agent, you need to have the same mindset and be analytical about your value. Research salaries for the position. Are you on the senior side of the skill set? Then you should be on the higher end of the pay range. Reach out to people that work in a similar role to understand the types of benefits and compensation packages being offered in the market.

Treat the negotiation like you would if you were pitching a client. Because ultimately, the company is your client. They’re going to pay you for your labor, so it’s up to you to communicate the value you’ll bring to the role.

It allows for mutually-beneficial conversations.

The majority of candidates don’t treat interviews as a two-way street.

They feel like the company holds all the cards, so they don’t advocate for their skills. And when they’re asked to talk about themselves, they feel like they’re being interrogated.

When you decide to be your own champion, you’re balancing out that power dynamic. You’re acknowledging an interview is for a company to assess you and for you to assess the company. Rather than feeling powerless, you start looking at the conversation as an opportunity to talk about the company and why you feel you’d do well there.

That type of back and forth is rare during interviews. But when it happens, it leads to a meaningful conversion—one that is enjoyed by both parties and increases the likelihood of a job offer.

It helps you build better relationships.

When you treat the interview as a level playing field, you’re more authentic and self-aware. You get into the flow of conversation.

And when you do all that, people will respond. You’ll build better relationships with the recruiter and the people who’re interviewing you. Even if you don’t end up with an offer or you decide not to take the job, you’ll have made an impression. And a year or two down the road, there might be another opportunity where they reach out to you again.

It’s possible to build good relationships with a recruiter at one company, then end up with a job at another company because the recruiter changed positions and remembers you.

If you aren’t used to building relationships or advocating for yourself, it can feel uncomfortable at first. But the more you do it, the more results you’ll begin to see—whether it’s better communication with recruiters or more natural, productive interviews.

And like all good agents, you’ll eventually land yourself a job that fits you.

Unemployed Isn’t Unqualified: 3 Stigmas That Scare Recruiters (And How To Squash The Bias)