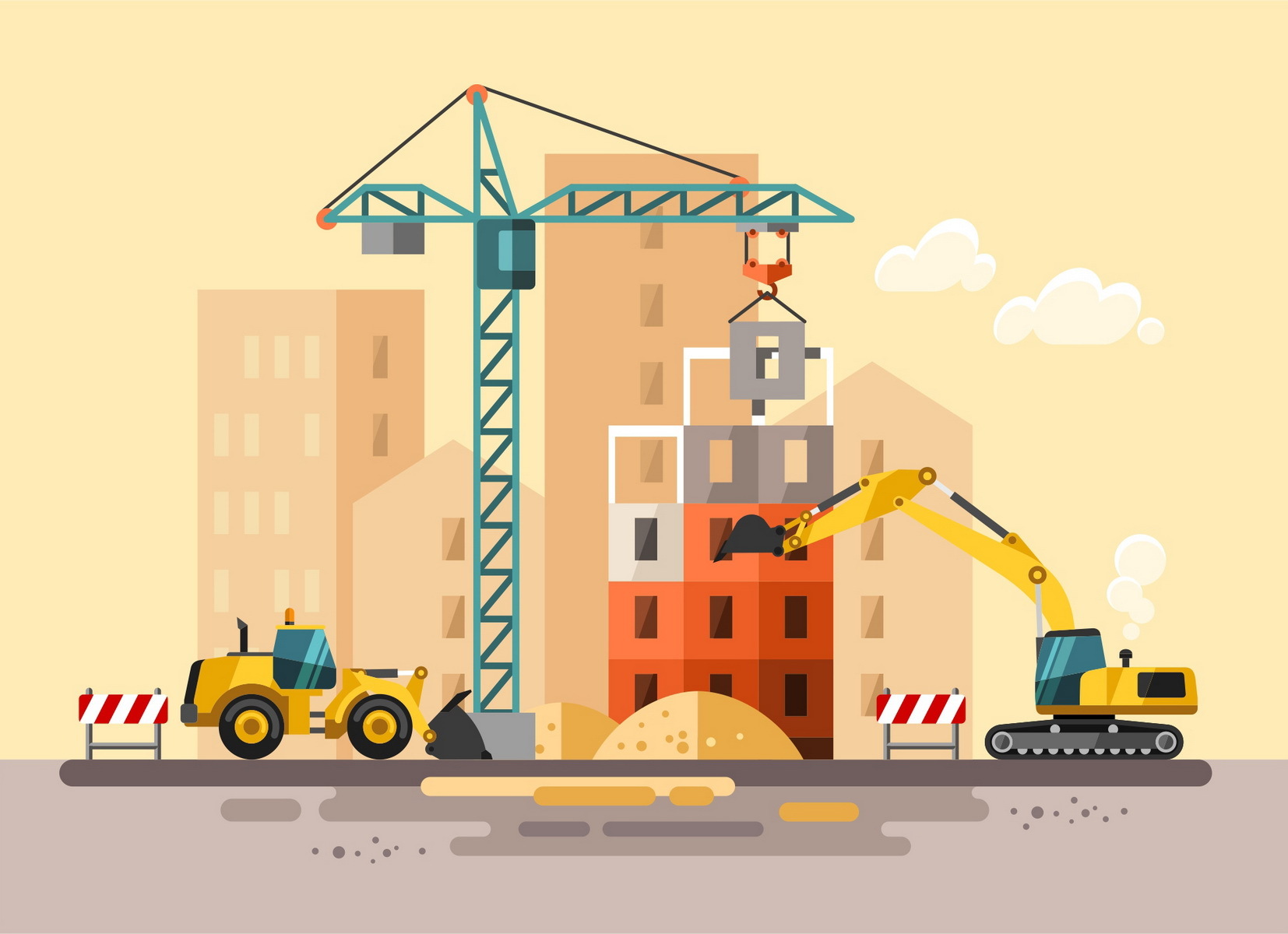 I graduated college roughly seven years ago to the day. Like many new grads, I was both excited and nervous. I had big dreams––I was going to become a writer!––and I understood that I was now free to pursue them. But I had little in the way of an actual plan.

I was also plagued, I think, by a few crucial misunderstandings. I lacked perspective. I discounted the importance of building relationships––with colleagues, mentors, idols––and of reinvesting in my personal development. I thought I was more talented than I actually was, and in fact overvalued talent altogether.

Perhaps most consequentially, however, I didn’t conceive of a “career” as a thing one could purposefully construct, the way you might build a pyramid, say––starting with a solid foundation and scaffolding up, every new brick supported by that which came before it. I assumed that things would just sort of happen for me, so long as I worked hard and put myself out there.

News flash! That’s not really how it works.

In retrospect, this feels so obvious it almost hurts. I think back on my years teaching. (I spent the first few years of my adult life as a first and second grade teacher in New Orleans.) In creating lesson plans for each new unit of study, my colleagues and I wouldn’t decide what lessons to start with at random. We’d identify what the kids needed to know come the end of the unit and reverse engineer from there. What we taught on day one was a direct product of what the kids needed to be able to do on day two––and so on.

Now, I understand it’s much easier to opine on all this in retrospect. When you’re young, most of your energy goes towards simply figuring your shit out. And I’m not sure how differently my life would have turned out if I’d operated with more purpose back in those days. I now write and edit for a living; I spend my days wrapped up in words, as I’ve always wanted. I’m happy, inspired, and possessing of what feels like a plan.

But I do think I would have benefitted from seeking out a bit more wisdom from people who’d already accomplished what I was trying to do.

And it’s to this end that I present to you just a few pieces of advice from founders in the Minutes network that I wish I would have had access to when I was younger––and which prove salient and useful, I think, no matter what stage of your career you’re in.

Don’t be so impatient that you rush by valuable opportunities (Heidi Zak, CEO of ThirdLove).

“When I was younger, I rushed through important moments. My first few positions felt like they were just jobs to be worked—not major opportunities. That attitude is natural. When you’re just starting out and have big dreams dancing in your head, you’re itching to make them a reality. The problem comes when you start thinking, “I’ll work at this job, then I’ll make that change, and then this will happen next…”. It doesn’t take long before you realize that’s not how it’s going to work. Honestly, your career is a journey. It’s impossible to tightly manage your trajectory from point A to C. Jobs, opportunities, people—everything affects you in ways you can’t imagine at the moment.

No matter how smart you are or how hard you work, certain things will happen over the course of your career that you can’t predict. But you can learn humility and perseverance from those unpredictable events, and that’s what will shape you into a leader down the line.”

Networking isn’t transactional, and shouldn’t be about racking up as many connections as you can (Seung Bak, CEO of Olmo).

“You need to focus on adding quality members to your circle—not just a huge quantity. This is one aspect technology has skewed for us. Millennials are a digitally native generation, so they’re no strangers to the idea that having 1,000 Facebook friends is normal and totally useful. Unfortunately, quantity is only useful at a glance (meaning the conclusions we make when we see someone with thousands of Instagram followers). However good networking requires that you ditch that ideology.

Instead, as you begin to build your group of connections, you should spend time with people you feel authentically add value to your goals and career path. Essentially, as you’re connecting with others in your industry, make sure you’re taking the time to get to know people individually. Remember their kids’ names, follow-up on your coffee dates, celebrate their accomplishments with authentic enthusiasm—and be sure, above all, that you do this for people who return the favor. You’ll build connections that act more like relationships, where both parties are legitimately and honestly invested in each other’s growth.”

To block bad advice, figure out what matters to you and research companies that fit your criteria (Shireen Jaffer, CEO of Edvo).

“For most recent grads, the decision to choose a job for a pay check is a no brainer. But it’s better instead to seek out companies that can offer you a great culture, a competitive salary, and opportunity for growth. The only challenge is that because these companies don’t have the same name recognition, you’ll have to do a little work on your own to find them.

A big paycheck at a brand-name company shouldn’t come at the expense of your career development and long-term happiness.”

Don’t be so hard on yourself (Amy Stanton, CEO of Stanton and Co.).

“As a former (well, recovering) perfectionist, I’ve learned that perfectionism can be unhealthy and counterproductive. These days, I know that I’m doing my best and that’s enough. There’s so much that’s out of our control, truly!  I used to waste so much time being hard on myself about everything from work to my personal life. By learning to give myself a break, I became a better teammate—because I knew how to do the same for others.

As the famous quote goes, “Don’t let the perfect be the enemy of the good.” And in the same vein, Confucius said, “Better a diamond with a flaw than a pebble without.”

Don’t aim for perfection. Instead, focus on consistently getting better.”

‘I spent the first half of my career in a traditional support role in a faith-based organization. I was happy and comfortable, but eventually I realized something troubling that changed my perspective: especially in my industry, women were being systematically excluded from leadership roles. These were people I knew to be talented and capable, inspired and articulate. Yet they weren’t even being given a chance to realize their true potential. This status quo struck me as entirely unacceptable, and I was inspired to do something about it.

So, I shifted gears to focus on gender strategy with an emphasis of biblical equality as a co-pastor at World Changers. Nothing has been the same since. My work morphed from something I enjoyed doing to something I was fundamentally driven by. I was able to tap into my long-held interest in gender studies and women’s history. And I discovered within myself a newfound hunger to learn and grasp as much as I could about the issues relevant to female empowerment and equality. That hunger and the work I was doing each day to satiate it changed the way I thought about my life, the world, and even my interpretation of scripture.”

“It’s hard to find a good mentor. And most people don’t make it any easier on themselves. If you ask them who they want for a mentor, they’ll throw out the names of world-famous entrepreneurs or business people like Gary V., Oprah, Elon Musk, Warren Buffet, and more. You may really want Musk as your mentor—but so does everybody else. And the reality is, those “top of the mountain” individuals might not be the best mentors for you anyway. They could open doors, sure. But they probably don’t have much time available to sit down with you to help guide your career and give you sage advice.

A frientor, instead, is a knowledgeable friend that you can call upon for advice on a specific situation. And when you have a question or need help with a project, you know you can turn to them. It’s a more reciprocal dynamic than the traditional mentor-mentee relationship, and the best part is, there’s no limit to the number of frientors you can cultivate over a lifetime. Having a mentor can be great for some people. But for many, having a wide network of frientors can be better.”