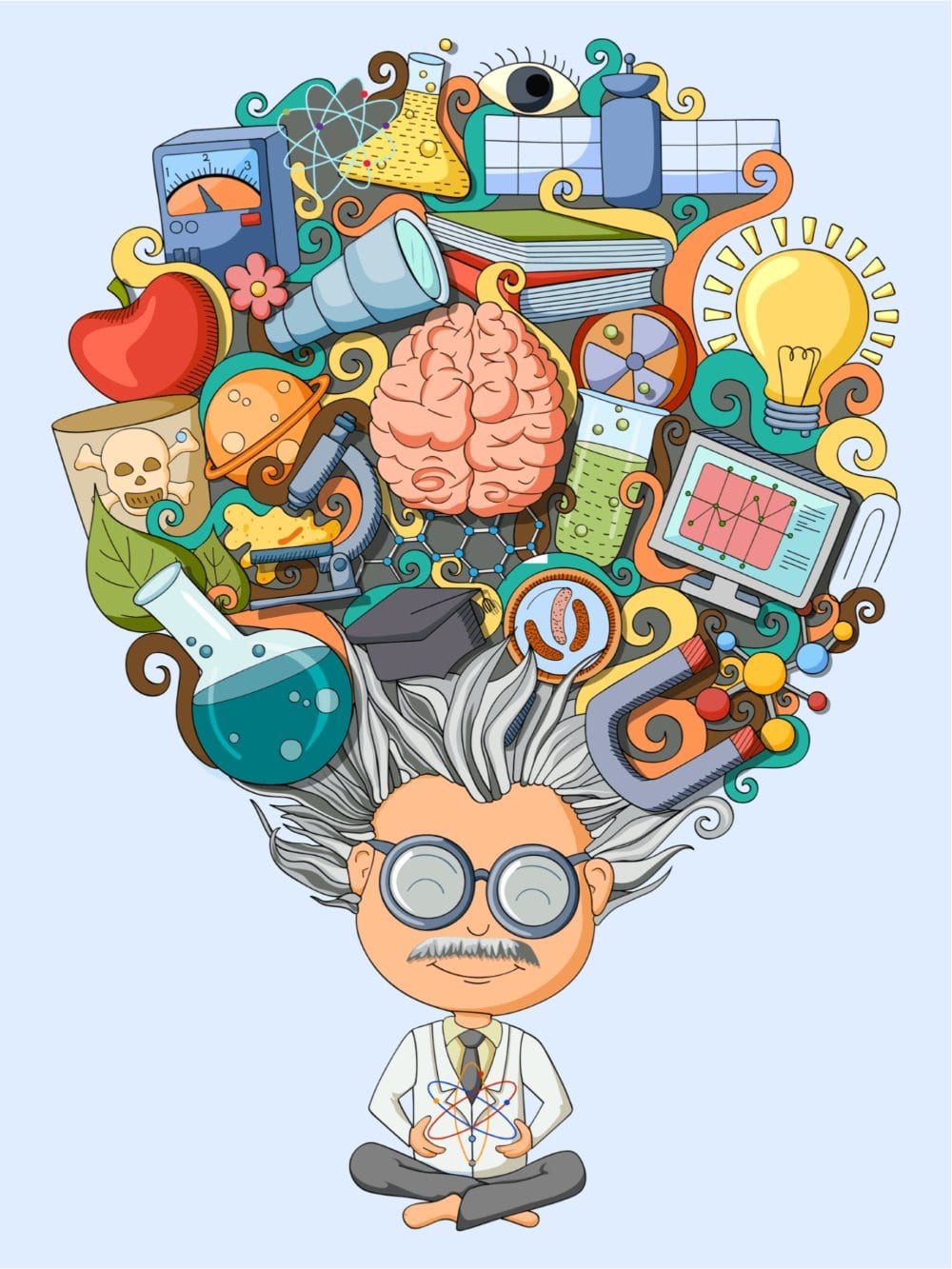 Lately, it seems that we talk more and more about success and satisfaction and less about being truly happy.

This is especially true for young people, who have to work harder than ever for financial security. While NYU Stern Professor of Marketing, Scott Galloway, has done his fair share of research on how we perceive “happiness” in modern society, he’d like to make it known he’s no social psychologist.

Most importantly, he thinks we should all be thinking more deeply about what makes us truly happy—the things in life that give us that warm, enriching sensation of genuine happiness.

I was stoked to have Scott on the “Follow Your Different” podcast. He told me that, over the arc of our lives, we cannot lose sight of happiness as we strive for success. Scott has worked tirelessly to differentiate the two—in both self-interest and the interest of others.

At one point in his career, he felt like he was on a hamster wheel. Constantly working to level up his economic status, he was unsure as to why he felt the need to make more money and boast a more astute job title. After much introspection, Scott, an atheist, decided he wanted to maximize his time on Earth by trying to feel genuinely happy as often as possible.

He knew he wanted to always “live in the moment.”

But what exactly does that mean?

Binging Netflix, eating Chipotle, and taking a Cialis to perform with your partner all provide short-term happiness—and when it came to fulfillment, Scott said he was looking for something more. When looking back upon his life at some later stage, he knew he wanted to be able to say he checked the right boxes.

In order to determine what exactly “the right boxes” were, he conducted a ton of research, made lists of observations, and created a series of algorithms—before turning all of those findings into a video and a book titled “The Algebra of Happiness.”

Scott isn’t an eternally happy individual, by any means. He’s struggled with anger and depression and has experienced a profound personal loss—something we both have in common. But instead of coping with drugs or alcohol, he’s chosen to relentlessly pursue true happiness. He lives by the belief that “success equals resilience over failure.” Explaining this philosophical equation in the aforementioned video, Scott said, “Everyone experiences failure. Everyone experiences tragedy. You will get fired, lose people you love, and likely have periods of economic stress. The key to success is the ability to mourn and then to move on.”

The arc of happiness.

Appropriately, the arc of happiness looks like a big smile.

On the happier (not happiest) end of the spectrum is childhood—years spent watching cartoons and playing outside with friends. High school, with all its sexual exploration and football games, is also up there. Young adulthood, when we discover partying and alcohol and find freedom, is also generally quite happy. These, of course, are all times in our lives when we have little stress due to financial insecurity. (They say money can’t buy happiness—and it can’t, but financial security can.)

Around 25 is when “shit gets real,” says Scott. Many experience a quarter-life crisis in which they realize they may never have their own fragrance line or become President. This realization often coincides with personal loss—a loved one’s death, a rough breakup, the loss of a job—and the weight of life crashes down on you fully for the first time ever.

Generally speaking, 25 to 45 is the bottom of the arc of happiness. Of course, that doesn’t mean we can’t be genuinely happy during this stage. But this career-focused stage of our lives is usually very challenging, emotional, and stressful.

It isn’t until we’re 45 or 50 that we begin to appreciate what we have, reflect on the meaningful relationships we’ve built, and take stock of our blessings. And, of course, the happiest people in the world are the ones who perhaps shouldn’t be, given that they deal with the most health issues: senior citizens. With wisdom comes happiness, apparently.

Moving to a new place requires us to adapt and develop new skills. And the best of us are willing to move to a mega city like San Francisco, New York, London, and Dubai when we are young—where we’re most likely to succeed. We find and join the right environments. An aspiring pro skier will move to Aspen, a motivated stock broker will set his or her sights on Wall Street.

But you don’t have to stay in that prime environment forever. Once you’ve honed your abilities in a challenging environment where only the elite survive, you can return home. If you built a successful tech startup in San Francisco because you were good at it, you can eventually move back home to Indianapolis where you’ll be one of the best at the sport.

Especially with research suggesting that, over the next 30 years, two-thirds of GDP growth will occur in a small number of super cities, it’s imperative that you’re willing to move to succeed. To find ways to “put the wind at your back, ski on better snow, surf with better waves,” as Scott puts it.

Most of us are passionate about finding something we’re good at, becoming great at it, and making a living at it.

You can be passionate about professional success in any industry.

Telling people to “follow their passion” is dangerous because they perceive that as “if it’s hard, if it feels like work, then it isn’t for you.” People think, if they’re passionate about something, it should come easy to them. But that’s not the case.

We’re often most passionate about risky prospects—trying to make it as a professional athlete or a movie star, opening a bunch of flashy night clubs as an entrepreneur, or setting our sights on writing for Vogue magazine. Of course, it’s possible to make a living doing these things.

But even if you do succeed, there was likely an easier path requiring less emotional and time investment leading to a similar financial reward. In other words, a less-sexy industry would have been a safer, easier bet.

As an investor, Scott prefers non-sexy industries. “If it sounds cool, I don’t go near it,” he says. “A friend of mine is opening a members-only club focused on music and artists downtown. Sounds amazing. I want to be a member. But I will not invest.”

Obviously, his ideology on choosing a career and choosing industries to invest in parallel with each other.

Scott disagrees with the idea that we should “never give up.” There is a point at which we need to realize it’s time to abandon ship. “There’s a balance. You need people to advise you when you need to persevere through obstacles, but at the same time don’t just bang your head over and over again.”

We’re all going to fail and some point—so we’re better off failing fast, learning from the experience, and moving on better for it. Scott has had plenty of failed business ventures. One cost him $3 million out of his own pocket. He doesn’t regret them. “The best thing that can happen is success. The second best thing that can happen is failing fast.”

At that point, Scott had gotten away from the connection between success and happiness. “I want to finish where I started,” he said. “Depth and a number of meaningful relationships are key.” He says young people need to recognize when they’re unhappy, whether it be because of substance abuse, unhealthy relationships, or a lack of professional success, and address the underlying issues.

Above all, being happy requires removing the things separating you from being happy.