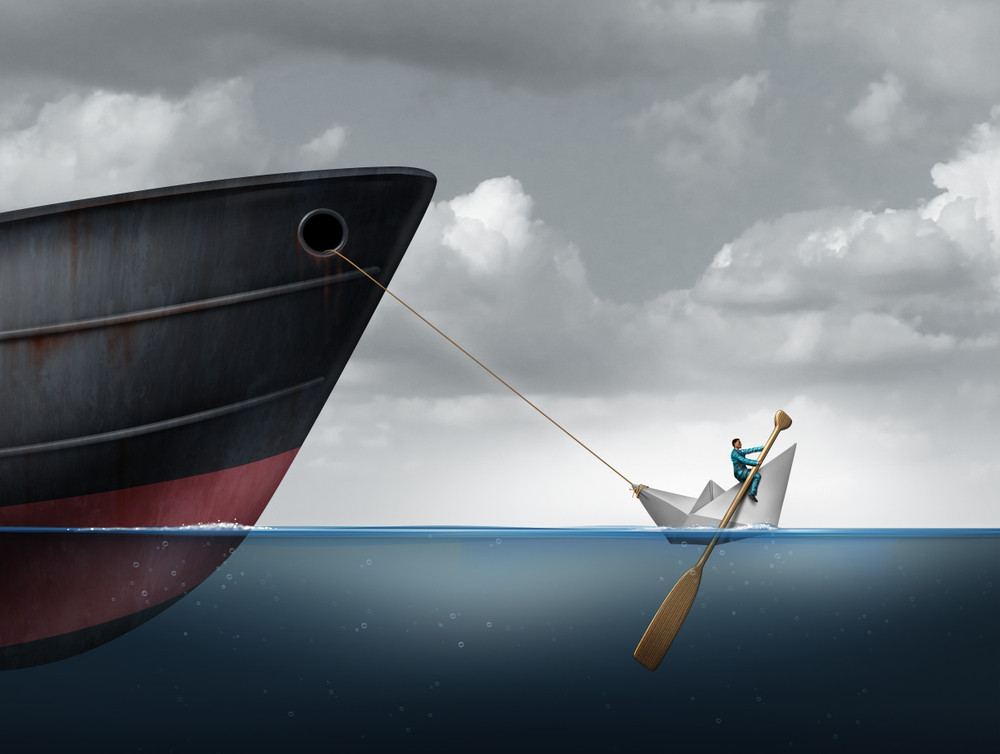 A lot of people say they’ll take on difficult tasks, but few are truly willing to do what it takes to see things through.

Throughout my career, I’ve often had to do the job no one wants to do.

I’ve been asked to speed up applications and development activity, and help teams that were under-functioning and everything in between. Of note, I was hired as a tech architect by an auto manufacturer after they bought over 20 companies and needed to stitch them all together. I once even had to let go of an entire group of managers at a major technology corporation.

And while these projects weren’t what most would consider “fun,” I’ve always been able to get the job done—because it was the right thing for the company.

A lot of people say they’ll take on these difficult tasks, but few are truly willing to do what it takes to achieve the lofty goals that come with these tasks. And it’s easy to see why. They’re hard, and they’re scary. And they require making really tough calls.

But when you’re willing to take on the tough stuff, you learn some really important lessons that make you a better teammate. Here’s what my experiences in the trenches have taught me about strength, perseverance, and leadership.

1. The perseverance to push through the tough times.

Life is always going to throw unexpected things your way.

And my work with a major tech company was my biggest challenge by far.

I was part of a group tasked with breaking up a large centralized team that supported the entire business. It quickly became apparent that the group was super slow, ineffective, and combative to the teams it supported. Overall, performance was poor.

“What do I do?” I thought. I’m going to inherit all these perceived underperformers and they’re going to continue to underperform. I knew my options were either to radically alter internal processes or fire a bunch of people—which no one wants to do. Making matters more difficult, I was given a really short timeline. Basically, I had two months to travel to various locations around the world and interview them all to figure out what was working and what wasn’t.

It was tough to have to trim the fat, and I knew people would be upset no matter what, but I learned a lot in the process. Once you’re in the fire, you’ll be shocked by how quickly you adapt.

There’s a reason people don’t want to do the hard jobs. It’s right there in the name.

But if you give in to what’s comfortable, you may not be acting in your company’s best interest (or even your own).

After two months of interviewing managers across the world, I worked with HR to make and enact the decision to get rid of the managers in the U.S. It all came down to a major cultural problem within the organization. The only way to increase compensation and get ahead was to become a program manager or manager, so we had all these tech people becoming managers without really wanting—or needing—to. So we moved a bunch of them back to technical roles and out of program management.

Two weeks later, their teams didn’t even realize they were missing those managers—and we improved results.

To ease the friction, I made sure everyone understood why the action was taken and clarify that it wasn’t personal. Rather, the decision was organizational—we were reworking how the teams were structured.

Letting people go is never easy, but it’s just one of those things you have to get used to if you’re going to be a leader. And doing it right is key—right for the people, and right for the team as a whole.

3. Resilience—even in the face of pushback.

A lot of people say they can handle the tough tasks, but they really can’t.

There are a few reasons for this. The first is that they’ve never done anything like it before, so they’re scared. Another is that they take things more personally than they should, and they can’t stand the possibility of being disliked. Finally, they may have seen someone screwed over for doing all the right things.

But if you let these considerations control your professional life, you’ll never get anything done.

One thing I learned at that job is that no one wants to fire a manager, let alone all domestic managers. They perceive that managers are holding everything together and that without them, everything will crumble. There are cases where that’s true, but there are just as many where it isn’t.

If you really focus on what’s right for the organization, it will work out okay.

You might not make friends, but you can rest easy knowing you did the right thing.

Fortunately, I’ve never had a problem making these tough decisions, but I know most people aren’t like that. I think it’s a mindset thing. Everybody has the potential to get into that headspace, but it comes more naturally for some than others.

That’s why I always like to throw my workers in the deep end (safety net included) and let them figure it out—that’s the best way to learn. It’s a strategy that serves my team at Collide well.

And once you change your mindset, those unpleasant tasks are not nearly as hard as you thought.

I’ve Led A Team Of 1 To Teams Of Over 5,000. These Are The Small But Highly Impactful Leadership Lessons I Learned Along The Way

It’s Time To Retire The Phrase “Work-Life Balance.” Why Company Leaders Should Focus On Employee Fulfillment, Not Vacation Time