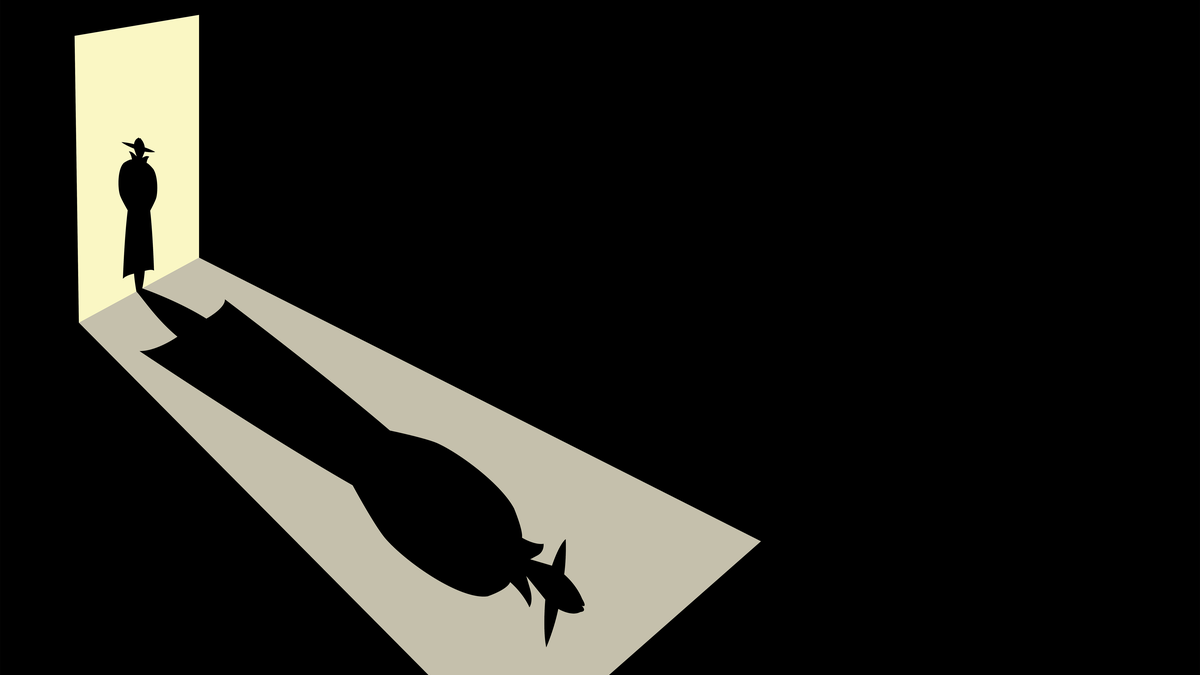 Every movement has a figurehead. Gandhi led the campaign for Indian independence, Professor Xavier was the driving force behind the X-Men, and Rosa Parks defined the struggle for civil rights.

In the case of bitcoin, decentralization is one of the most important tenets of the movement, so it makes sense that no one knows—or, at least, no one is saying publicly—who founded the currency.

Bitcoin and blockchain were created by a cryptic (pun intended) pseudonymous figure named Satoshi Nakamoto. Satoshi’s real identity is still unknown, although there are many theories about who it might be. Was it an individual or a community?

Some informed guesses have identified the mastermind as leading cryptographer and computer scientist Nick Szabo, who created Bit Gold, often considered to be a direct precursor to the bitcoin architecture, in 1998. Others have identified Hal Finney, longtime “cypherpunk” and cryptographer, and the first bitcoin recipient, as the man behind the curtain.

Finally, Dorian Satoshi Nakamoto, a Japanese American physicist and the only person in the United States with the same given name, who lives in the same town as Hal Finney, is on the list of supposed members of the early bitcoin crew. Other individuals have made many claims on their own behalf, although none have been proven.

Here’s another way to look at the situation.

It’s not a coincidence that Satoshi Nakamoto isn’t easily identifiable.

She (or is it he or they?) is almost a religious figure. One popular T-shirt says “I am Satoshi Nakamoto.” There’s a meme image out there that mashes together the logos of Samsung, Toshiba, Nakamichi, and Motorola. Taken together, the first two to four letters of these companies spell out Satoshi Nakamoto. The words seem almost randomized, a set of characters put together to create a Japanese-sounding name, so the moniker could, in fact, be as ridiculous or obvious as an acronym or anagram of these big existing corporations.

In the end, who the f*ck cares who created bitcoin? The point is not to revere an individual. In fact, one of the points of bitcoin is that it can move us past the idolization of flawed human beings.

All that really matters is that bitcoin works.

To get philosophical, consider that Satoshi is simultaneously everyone and no one. Most religions, nations, institutions, and associations have an origin story: look at the book of Genesis or the story of the Buddha’s enlightenment. These origin stories aren’t necessarily factually accurate, but exist more as archetypal narratives, myths, or images.

In our commercially oriented society, brand origin stories about people joining together to found a company and produce or consume a certain product have become common. In the early days of Apple, and even today, people who used the company’s products associated themselves with a creative mentality, in opposition to PC users and companies like Microsoft or Dell. PC users, so the narrative went, were a different demographic: business-oriented people who wanted to get a job done with as little expense as possible, rather than Apple’s creative types.

We may never be able to identify Satoshi Nakamoto with confidence. Nonetheless, it’s instructive to take a tour of the early days of bitcoin and blockchain.

In October 2008, Satoshi Nakamoto published a white paper on a cryptography mailing list—cryptography being a key element in the security and verifiability underlying all cryptocurrency and blockchain technology—titled “Bitcoin: A Peer-to-Peer Electronic Cash System.” Does the date October 2008 ring a bell? The paper was published only a month after the greatest global financial meltdown since the Great Depression.

Coincidence? I think not. Satoshi wasn’t just a brilliant technologist, but also a killer marketer.

In 2008, cryptocurrency’s time had come. People were feeling beaten down by the mainstream financial system, often through no fault of their own. They felt betrayed and, in many cases, they had suffered major financial losses, and they sought out alternatives. One such alternative was bitcoin, which originated as a fist-shaking response to the collapse of business as usual.

Indeed, bitcoin early adopters—the initial bitcoin “ecosystem”—were a mix of crypto-anarchists, gamers, and hacktivists, as well as the occasional forward-thinking finance bro looking to make a quick buck on arbitrage schemes. Setting up a system at odds with the international norm was a very intentional move.

The irony, of course, is that cryptocurrency soon evolved past and beyond the revolutionary impulse to a point where it was not necessarily at odds with the mainstream financial system, but actually began complementing and supporting it, becoming a parallel market, if you will.

In the beginning, however, the bitcoin community was composed of hacker cyberpunks and other folks who spent way too much time on Reddit. I remember when my brother used his World of Warcraft Alienware gaming-rig PC to mine bitcoin in the early days. That was some weird sh*t: the kind of stuff that, well, your parents yelled at you for, telling you to get off the computer and go play kickball with the neighbors. If only they had encouraged our basement mining operation instead.

With a constituency of cypherpunks and crypto-anarchists, it makes sense that Satoshi Nakamoto is a shadowy, mysterious figure. In my view, whoever Satoshi is, they made a conscious choice to keep their identity hidden behind the curtain, so that the technology could take center stage. The self-identified crypto-anarchists who originated, developed, and spread cryptocurrency and blockchain would not have been receptive to the idea of a leader or leadership group. This runs counter to the libertarian values they wanted to uphold.

Satoshi’s anonymity raises another question. Why do we venerate “founders” as somehow messianic? It’s time to move on and appreciate the movement beyond the person, however visionary, who may have kicked it off. Self-described visionaries are usually assholes anyways.

Bitcoin has a fantastic origin story, in both senses of the word. It resonates emotionally and did what it was meant to do, which was to bring a group of early believers and early adopters together. In fact, the first bitcoin blockchain block was called the Genesis block.

People want to believe certain stories. That’s human nature. We are a race of natural-born storytellers. The power of community is based on stories and myths like Washington and the cherry tree, which probably never happened, but has as much or even more influence on what Americans think they are as a nation than if it had happened.

If we discovered that Nakamoto is really some computer scientist or the group of twenty hackers photographed having dinner together around the time bitcoin emerged, we would be doing the bitcoin equivalent of telling people to stop believing in Santa Claus or the Easter Bunny.

Pulling the curtain back would make the magic disappear. That magic lies in an origin story and its ability to bring groups of people together under the banner of decentralization and leaderless peer-to-peer networks.

At base, cryptocurrency and blockchain shouldn’t need leaders to survive—or so we like to say. The system was designed in such a way that it doesn’t need—and shouldn’t have—a leader, creator, or company that owns it and the data it generates. We may never know who Satoshi Nakamoto is—and that’s exactly the origin story that bitcoin needs.